Why is the top left corner cut off on the cg location envelope for small airplanes?

Why does the PA-28 C.G. envelope have the top left corner cut off rather than allowing higher weights at a forward C.G. like it does at the aft C.G.? 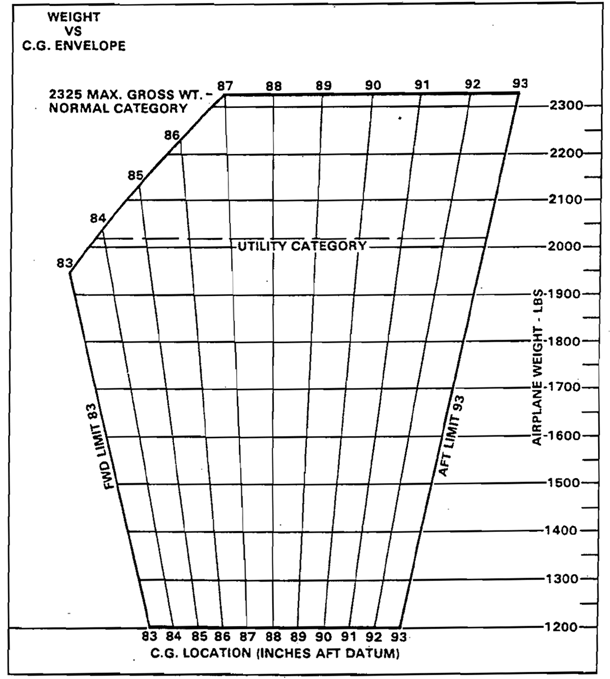 With "top left corner" you mean the combination of a heavy airplane and a forward cg location.

This is to limit maximum stick forces. Manoeuvring (= flight at a specified load factor ≠ 1) needs force proportional to the distance between the cg and the neutral point ("static margin") and the mass of the airplane. There are several situations in which certification requires not to exceed specific maximum forces. For example, FAR Part 23.145 says:

(b) Unless otherwise required, it must be possible to carry out the following maneuvers without requiring the application of single-handed control forces exceeding those specified in §23.143(c). The trimming controls must not be adjusted during the maneuvers:

(c) At speeds above VMO/MMO, and up to the maximum speed shown under §23.251, a maneuvering capability of 1.5 g must be demonstrated to provide a margin to recover from upset or inadvertent speed increase.

Another would be out of trim situations as those in Part 23.255:

Not the answer you're looking for? Browse other questions tagged aircraft-design weight-and-balance cg or ask your own question.

11
How are the limits of the center of gravity chart established?
4
How to find the location of the Aerodynamic centre?

32
Why does an airplane captain sit in the left seat?
10
How do airlines handle uncertainty in passenger weight for weight and balance calculations?
7
What is the best design for a small flying wing with special flight envelope?
12
Is the differential between the forward and aft CG limits indicative of the overall stability of an airplane?
8
Are the vortex generators on the Cessna Caravan necessary and sufficient for safety of flight?
7
Why do the inlet cones on an SR-71 retract at higher speeds while the one on a MiG-21 extends at higher speeds?
1
Why don't nonrigid airships have multiple gas cells?
13
Why are the angle-of-attack sensors on most airplanes mounted on the forward fuselage rather than at the wing roots?
3
Why is the CG envelope wider when the aircraft is heavy?
12
Why are there double hinge lines on the rudders of the Grumman C-2?