How did the US get the necessary knowledge to maintain their MiGs?

I read a book entitled America's Secret MiG Squadron by Gaillard Peck some time ago. Just occurred to me though, how exactly did the US maintain these birds? Did we write any tech data? Did we acquire and translate it from elsewhere?

Its a combination of those. US did have manuals for quite a few of the Migs- Cold war alliances were shifting too frequently to prevent any leak of military technology. As warisboring.com notes:

Because Baghdad re-established its cooperation with London and the United States in late 1963, U.S. intelligence services not only received the opportunity to test-fly MiGs in Iraq, but also received all the related technical and training documentation. 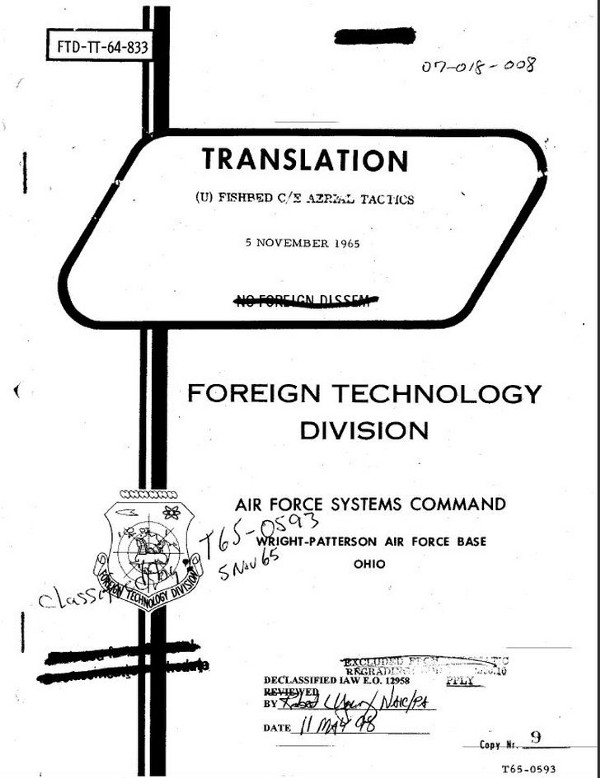 The title page of the English translation of the tactical manual for MiG-21F-13 and MiG-21PF, as prepared by the USAF’s Foreign Technology Division. Notable is the date of issue — Nov. 5, 1965 — meaning that the original document must have been obtained much earlier. Tom Cooper Collection photo; Image from warisboring.com

As the Mig program was established in late 70's US would have had the required documentation for quite a few of the aircraft before that. The rest were done during the project using inputs from US intelligence and pilots themselves writing the flight manuals.

The Soviets sold their aircraft to many countries, the manuals for which could've been obtained from any of them. Also, there are multiple instances of pilot defection with manuals, which provided most of the required technical data for flying, though maintenance would have been difficult. As airforcemag notes:

This led to the second maintenance problem—the lack of instruction manuals and tech data. US intelligence supplied some of the information they needed but not nearly enough ...

Parts were their third, and maybe biggest, problem. “For things like hydraulic pumps, we would use American components that looked about right,” said Stringer. “But it was only about five to 10 percent replacement. Most of the time we tried to recondition.”

Not the answer you're looking for? Browse other questions tagged military aircraft-maintenance flight-testing mig-23 or ask your own question.

12
How do pilots maintain level flight after launching missile?
16
How can civil ATC maintain safety with military aircraft around?
7
How does the MiG-23 fuel system work?
19
How did the gyro gunsights of WW2 get the range and lead of a target?
10
Can civilians who buy ex-military fighter jets get the necessary maintenance information for them?
9
When did the color orange enter flight test?
3
How did the two F-35 planes get from Fort Worth to Williamtown?
3
Why did some Spitfire variants have their wings clipped?
24
Did LeMay actually require crews to remove their guns on B-29s?