Why does an airliner fuselage have a constant section over its length rather than a tear drop shape?

It is usually stated than a tear drop shape is a good shape for aerodynamic efficiency:

On the other hand, fuselage on an airliner has most of the time a long cylindrical section with round/tapered ends. I understand an aircraft has other constraints than just having the lowest possible drag. It comes to mind a cylindrical shape allows the same number of seats in most of the rows and also prevents to increase the section of the forward cabin.

Without further explanation, it seems curious the fuselage has not a shape between a rounded cylinder and a tear drop shape which is often seen for gliders:

Without going into deep details, what are the most important reasons preventing such design?

On the other hand, fuselage on an airliner is most of time bullet shaped.

No, it is not. A “bullet shape” has a flat end, which is where most of the drag is generated (at subsonic speeds). But that shape is never used on flying vehicles except on rockets where the end is occupied by the rocket engines.

Instead, airliners always have a tapered “boat” tail, sloping gently enough to avoid separation (sometimes with help of strakes). The resulting shape is as if you split a droplet in the widest point and insert a piece of cylinder. And the difference in drag coefficient between pure droplet and droplet with cylinder section inserted is very small.

Still, a continuously varying shape is slightly better than the cylindrical section. And the early aircraft did have that. Likely the last one of those was the Lockheed Constellation. The shape was great aerodynamically, but it was expensive to build, it made it more difficult to ensure all elements have proper strength to withstand the pressurisation, every time they derived a larger version they had to redesign all frames and in operation it was not exactly convenient for loading either.

In contrast the tubular section is much easier to design, easier to make and when they want to make a bigger version of the plane, they just insert a couple more frames and mount stronger engines to match the increased weight—between A318 to A321 or between all variants of B737-MAX, vast majority of parts is the same and there is just different number of frames and different engines. And it's simple to load—seats are mounted on straight rails and containers simply slide in to the cargo bay. And the difference in drag is small enough that the cheaper manufacturing and practicality will easily offset the increase in consumption.

One important point is that you're considering only recreational gliders. If you consider gliders designed for transport, you can see that their shape resembles airliners- a good example would be the troop carrying gliders of WWII. 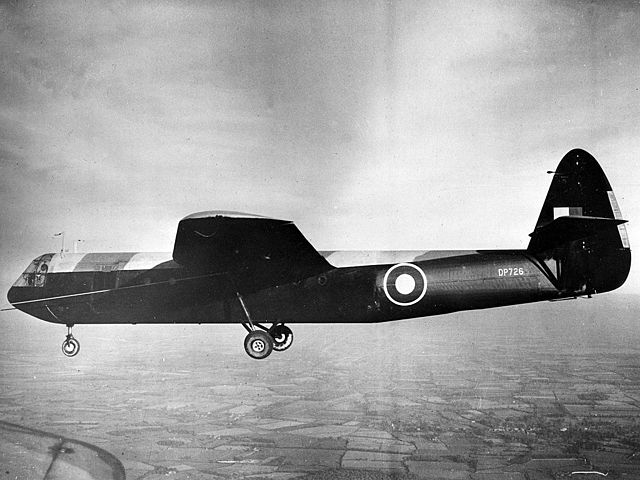 Airliners do actually have an elongated teardrop shape to them in a side profile. In aerodynamics this is generally referred to as 'boat tailing' an object.

The glider has much more of a tear drop shape - and by that I take it you mean the tadpole like shape of the fuselage with a long slender tail - empty because there is no need for additional systems which are voluminous. The pilot, avionics, controls, landing gear, etc. all fit into the forward pod without a problem. All the tailboom really needs to carry are the control linkages and structure. Here it makes sense to have a long slender tail, just strong enough for structural purposes while minimizing skin friction drag.

Now most of the fuselage of an airliner is taken up by the passenger carrying pressure vessel which has to remain very large in order to do that job effectively. It's also long enough that it will reach from nose to tail of the aircraft such that very little additional length is required to provide effective tailplane authority for weight and balance purposes. A long slender tailboom is. not necessary here.

Not the answer you're looking for? Browse other questions tagged aerodynamics cabin-design or ask your own question.

18
Why do some airplanes have vertical strakes?
5
What was the first aircraft designed with a plug-system fuselage, and why?

6
Why does the Mitsubishi MU–2B have its own SFAR?
21
Why does a helicopter need cyclic control rather than just tilting the whole main rotor?
26
Why does a missile have small wings but better agility than a plane?
13
Why does the MD-87 have strakes on its engines?
11
Why do helicopter rotors have constant section and angle of attack?
14
Why does a stall decrease lift, rather than increasing it?
0
Why does the Aurora D8 have vents on the bottom of its fuselage?
7
Why does the A320’s maximum allowable aileron deflection decrease, rather than increase, when the flaps are extended?
1
Why weren’t large, high-power radial engines built to take advantage of the Meredith effect?
2
Blunt noses subsonic drag - why a complete ellipse?