Why do many GA aircraft not have a "Both" fuel selector?

I've been trying to rack my brain around this and asked a few CFI's who couldn't give me more than "because that is how it was done", but a good number of GA aircraft save for Cessna and maybe a few others only have a Left/Right fuel selector: 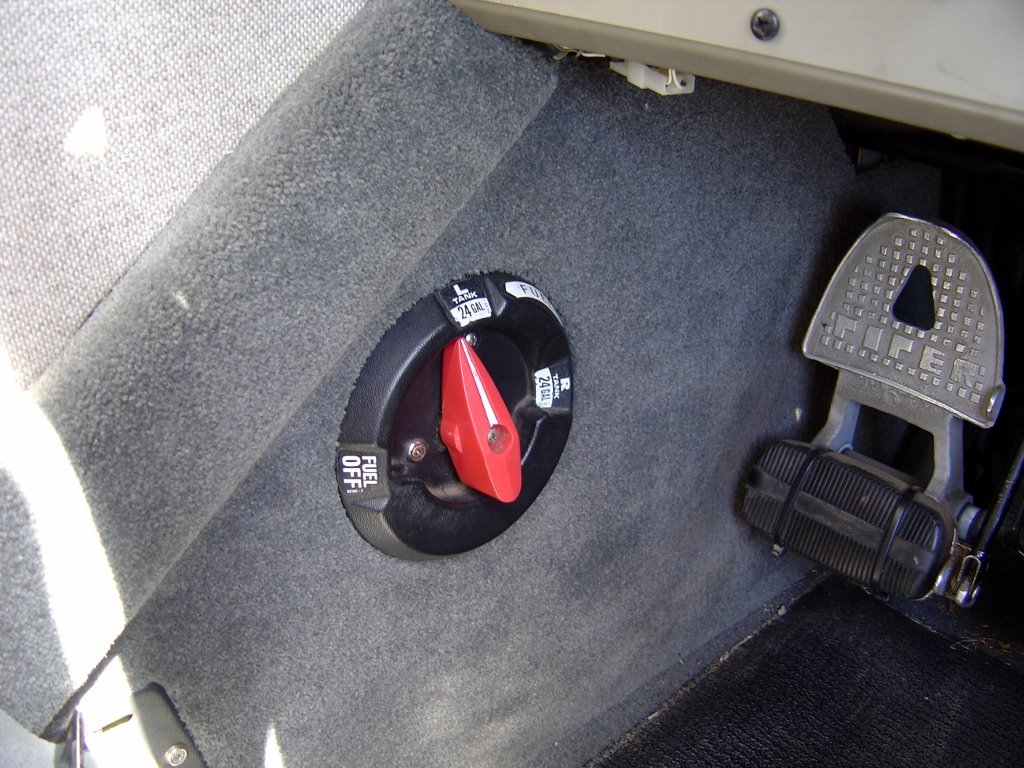 Why do GA manufacturers opt to use just a Left/Right selector valve given that a majority of GA accidents are fuel related and off-airport landings with fuel in a tank is still relatively common? Is there a safety issue I'm not seeing?

I understand that even with a "Both" selection, fuel may not drain from both tanks equally, but you can always switch to the fuller tank for a little while then back to both in that case.

On a high wing aircraft satisfying #2 on that list is pretty easy: If you connect both tanks to the "top" of the fuel selector as in a Cessna 172 or similar then as long as you have liquid in at least one tank gravity will ensure there will be liquid at the top of the fuel selector to feed through into the engine: 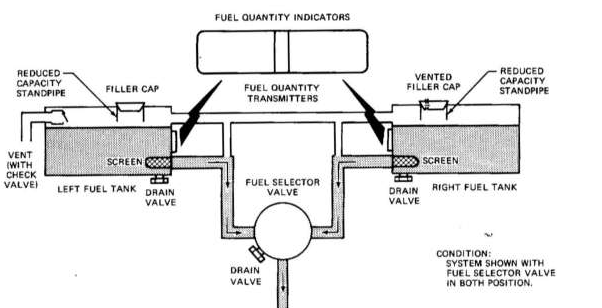 The design of the system provides a passive "means to prevent introducing air" because gravity is always trying to pull fuel downward out of the wings and to the fuel selector.

On a low-wing aircraft like the Piper in your picture we don't have gravity to help us: There's no natural "head pressure" at the fuel selector (or at least much less than in a high-wing with the tanks mounted well above the valve), so we're relying on the fuel pump to draw fuel through the system.
This means we can no longer guarantee item #2 above: If the fuel selector were in the "Both" position and one tank ran dry the fuel pump is going to happily try to suck air through the line from the empty tank, and that could cause the engine to quit.

It's possible to guarantee item #2 in a low-wing fuel system using float valves that seal the tank outlets when the fuel is below a certain level - an active means to prevent introducing air into the system - but that adds complexity and weight.
Since the aircraft already needs to have a fuel selector valve anyway it's easier to just design the valve in such a way to satisfy item #1 on the list: Make sure the fuel pump can only draw from one tank at a time - i.e. "Don't provide a "Both" position on a low-wing aircraft."

Comment found on RPX Aviation about Left, Right, Both and OFF

If you carefully read the POH for early Cessna 172s, the POH cautions you about flying on both tanks when cruising at altitudes over 5000 ft. Doing so may cause "power irregularities" (A.K.A. engine failure). But I guess this is okay if it is in the POH. Just switch to one tank, ignore the sputtering, glide for 60 (very long) seconds, then switch to the other tank and hope the vapor has cleared and the engine restarts. That is why many early Cessna 172s have a placard on the fuel selector (between the seats, out of sight) that says something to the effect of "Use single tank above 5000 ft.

Another thought to add to the discussion. Some high wing aircraft are known for fuel to drain from one tank into the other when both tanks are selected. Airplanes seldom fly perfectly level all the time. This creates uncertainty for the pilot. He/she may keep a mental a note of how much gas they have, but incorrectly assume which tank it is in. Yes the engineer could install check valves to prevent gas from unintentionally cross flowing back into a different tank, but that would require the introduction of check-valves which would add cost, weight and another failure mode. KISS is a good approach. Best to provide a fuel system that is simple, reliable and allows the pilots to know for sure where their fuel is stored.

Just a thought...in my experience aircraft without the "BOTH" selector position tend to have a higher wing dihede. For example a Cessna 177 is about 1.15 degrees and a PA-28 is about 7 degrees. So the BOTH might be used to address fuel unporting concerns.

Not the answer you're looking for? Browse other questions tagged general-aviation fuel-systems or ask your own question.

40
Is fuel moved around during flight on a passenger or cargo plane? If so why?
12
How do fuel trim and air bubbles prevention work in inverted flight?

9
Why not leave an electric fuel pump on all the time?
3
Do Airbus aircraft fitted with ACT have additional fuel system controls?
1
Why does the U.S. have so many general-aviation aircraft?
0
Why doesn't the Convair 580 have check valves to prevent inadvertent fuel transfer?
33
Starting on the left magneto only - why?
17
Why aren't "fuel polishing" systems removing water & ice from fuel in aircraft, like in cruising yachts?
4
Why should the fuel shutoff valve in a Zlin Z-142 not be set to both for takeoff?
0
What extra components does a fuel tank have?
7
Why does a fuel-injected engine have a mixture control?
0
Does the fuel selector switch of a Cessna 172 automatically turn 180° when pulling fuel shut off?