In this photograph of the Airbus A830 flight-deck there are two large "lumps" sticking up and out from the centre console, next to the engine thrust levers and flight-computer keypads: 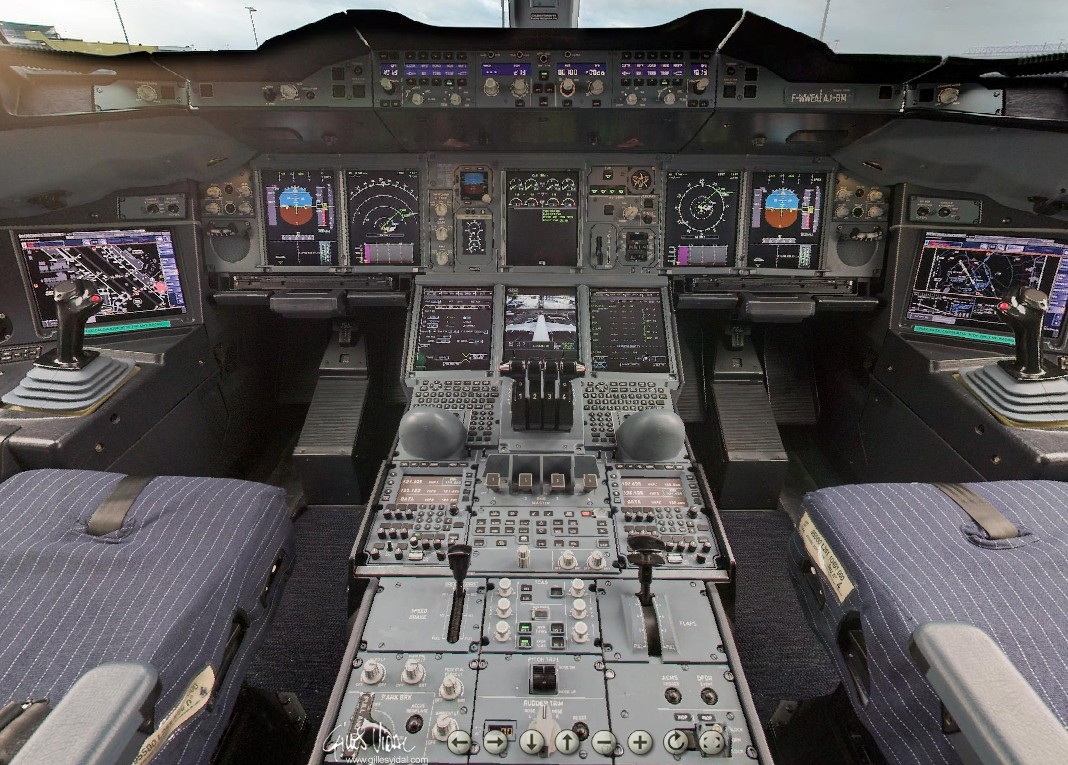 I think they're just meant to be wrist-support for when pressing the keypad keys, but it seems odd to single-out that part of the flight-controls in particular for wrist-support. The lumps also seem rather tall to be used comfortably for extended periods (and I assume that's what the pull-out keyboards in the trays are for, so why bother having secondary keyboards down there in the first place?) - and it also hinders access to the 'inner' keys closer to the engine controls.

They are a different design of computer mouse: 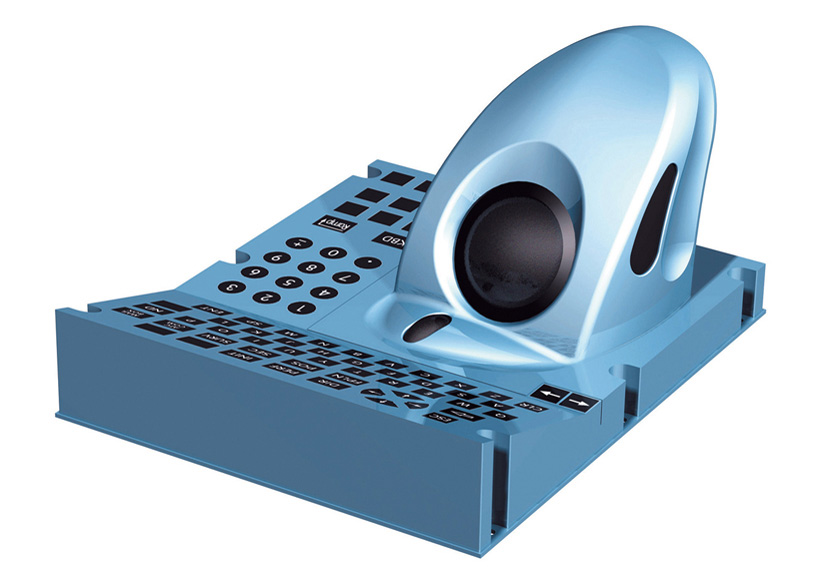 As far as I can tell, the front disk is a track pad and the model in your picture has the mouse buttons on the front instead of the sides: 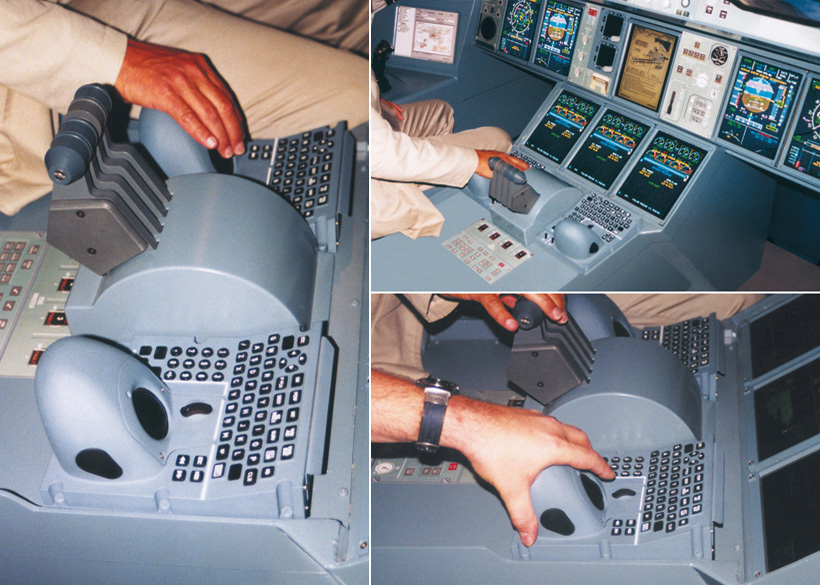 Not the answer you're looking for? Browse other questions tagged cockpit airbus-a380 or ask your own question.

4
Does the A380 have more than one auto-brake disengage switch?
2
How are lavatory smoke detectors connected to the flight deck?
19
Is there any particular reason for the cockpit of the 747 being on the upper deck?
8
What are these markings on the A380 wing?
12
What is this little door on the upper deck of the A380?
5
When may pilots leave the flight deck during flight?
7
What features are cursor controlled on the A380 Navigation Display?
43
Why is the lower deck of the Airbus A380 curved like a single deck airplane?
8
Cockpit vs Flight Deck?
16
What are these panels underneath the wing root of a A380?