What is this item on the nosewheel of the Sukhoi PAK-FA?

I noticed a small item on the rear side of the nose wheel in multiple images of the Sukhoi PAK-FA, shown below. The item in question appears to be a grille wrapping around the back of the tires and I cannot think of any reason to put something like this on an aircraft's landing gear. Does anyone know what function it serves? 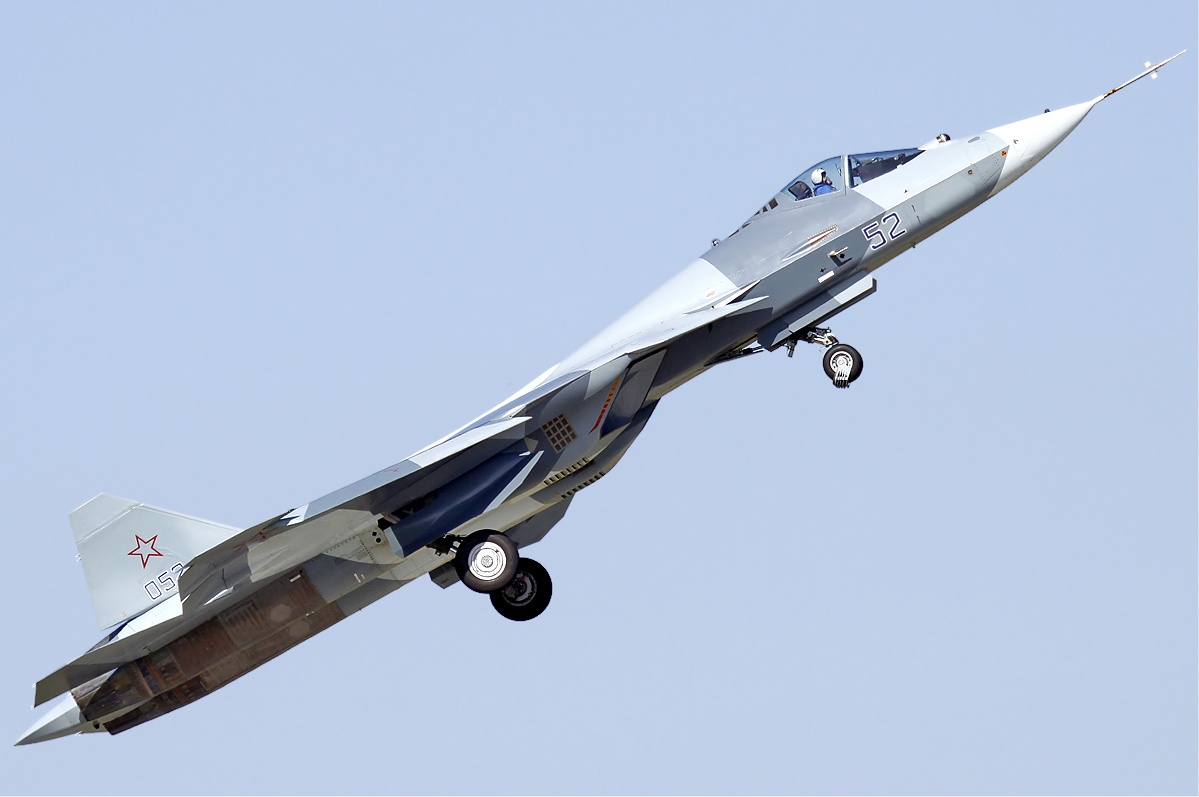 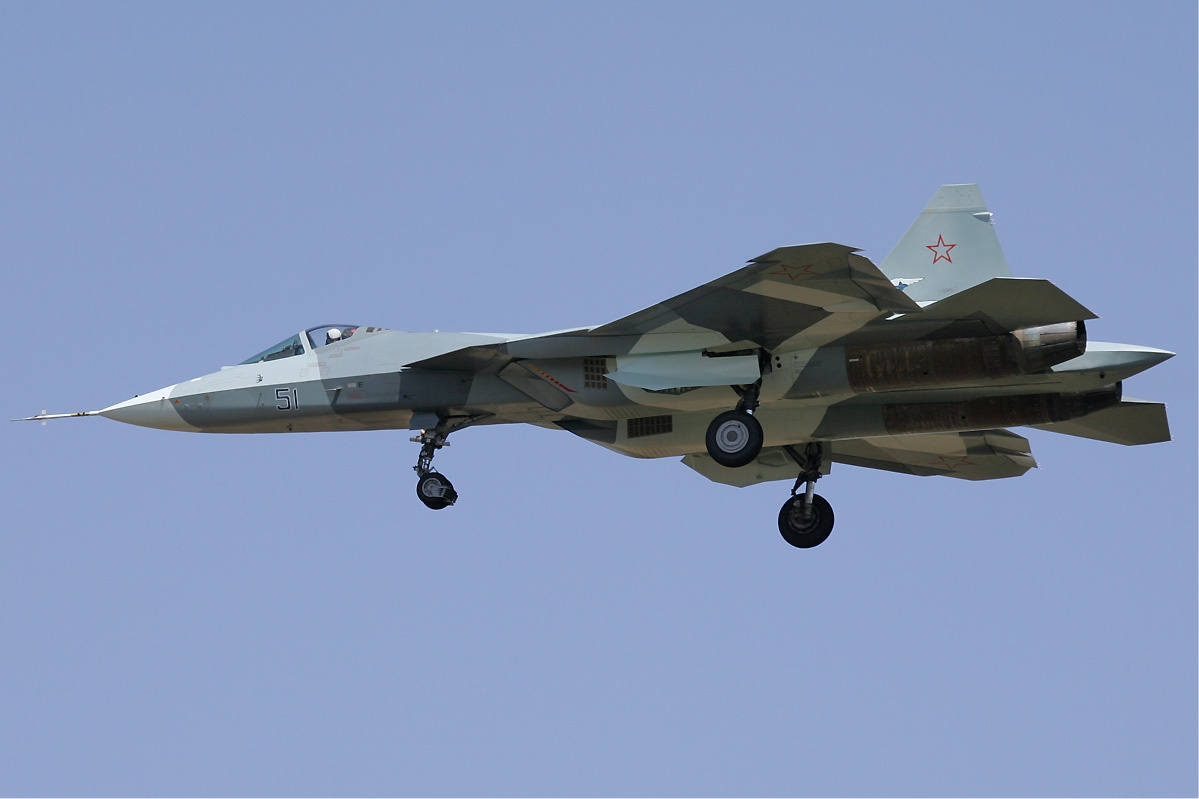 It is a mud guard/FOD deflector, which is found in almost all Russian combat aircraft operating from land bases.

This is basically a reflection of the Russian philosophy of aircraft operations:

The fact is that most Russian fighters and attack aircraft were built to operate in pretty horrific conditions, ones that would chew up and destroy their western counterparts. Features that allowed them to do this usually included twin tire nose gear and a mud and debris catcher located behind the nose wheels.

The nose debris deflector prevents debris being ingested by the air intakes (which are to the rear of nose wheel) and damage to the airframe. According to ausairpower.net, it also has:

Alternate intakes for the propulsion system, as seen on earlier Flankers.

for rough field operations, similar to Mi-29. The image below shows the add-ons. 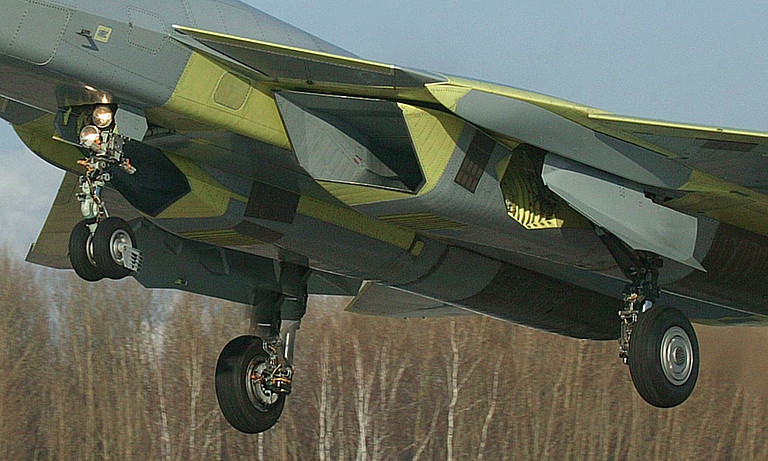 The FOD deflector is similar to that of the Su-27's, as shown below: 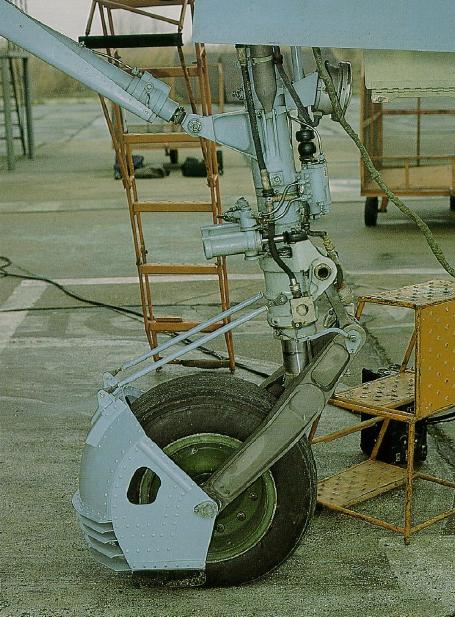 Su-27 nose landing gear, from another answer; originally from maybach300c.blogspot.com

It's basically a mud deflector. Prevents or reduces rocks, mud, or other FOD that the nose wheel kicks up from getting airborne and either smashing into the airframe or being ingested by the engine. You will notice that most Russian fighters have this feature on the nose landing gear per their philosophy of war and the substandard conditions found at Russian airbases.

Not the answer you're looking for? Browse other questions tagged aircraft-design landing-gear sukhoi-pak-fa or ask your own question.

19
How are modern jets modified to takeoff/land on a dirt runway?
-2
Should all aircraft have landing gear debris deflectors, following the Concorde disaster?

12
Why does the Sukhoi-30 MKI have both canards and conventional horizontal stabilizers?
5
Why do some aircraft have 4 nosewheel doors?
5
Why do the engines of the PAK FA (Sukhoi T-50) seem not to be not aligned parallel to each other?
14
Why was the Boeing 377 “Stratocruiser” frequently landed nosewheel first on touchdown?
9
Why was the Sukhoi Su-47 Berkut never adopted for service?
5
What defines a landing gear bogie?
2
What is the purpose of this item next to the cockpit window on the B737?
7
Constellation nosewheel angle
6
Why does the A330 sit nose-down on the ground?