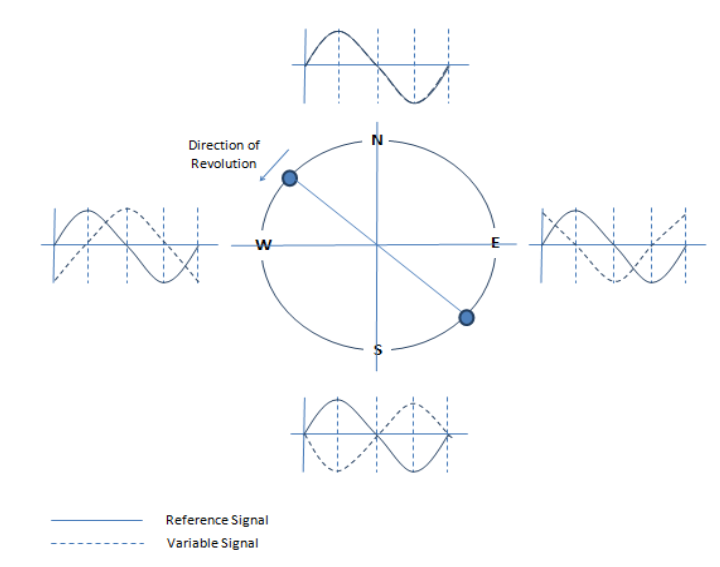 The modulation of the variable (position) signal is actually the amplitude of this signal at the receiver. The amplitude varies because the position signal, a constant power carrier with no modulation, is sent by a directional antenna rotating at 1,800 RPM (30 Hz). 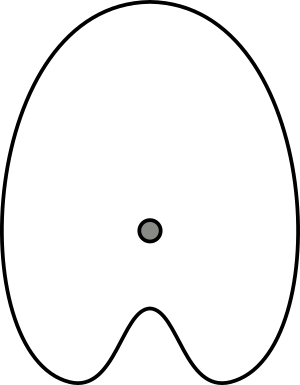 A second signal, the reference, is sent by the center antenna, equally in all directions. It carries a 30 Hz signal (on a 9,960 Hz FM sub-carrier) which starts at 0 when the rotating antenna faces North. This reference modulation then varies according a sine function at 30 Hz.

All 5 radiators are located under a vertical radome which looks like a TACAN, for the reason the VOR is derived from the TACAN (more about what's inside the radome in this answer). 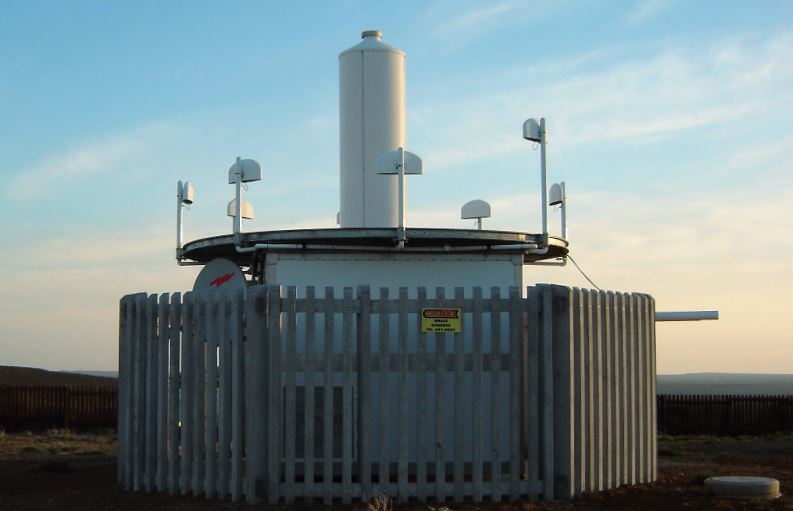 Thales conventional VOR 431, source
The 8 small antennas are not part of the VOR, they are for monitoring its integrity

To link with your lighthouse analogy, imagine there are two lights:

We just need to measure the lag of the green light relative to the white light to know our relative bearing from the station.

If the lights intensity increases and decreases smoothly instead of just appearing briefly, we obtain the modulations used in a VOR. The time for a rotation is actually 1/30ths.

Modern VOR are Doppler VOR. There is no difference for the receiver. The position signal is not produced by a rotating antenna, but by a circular array of fixed antennas.

In the D-VOR each antenna radiates a signal which is a bit different in phase, according to the position signal.

The sum of all signals produces a rotating radiation pattern (a "limaçon", French word for conch) similar in amplitude to the C-VOR position carrier.

This is done in a way that, when related to the diameter of the antenna array, a Doppler (frequency) shift appears. This shift is equivalent to the 30 Hz FM modulation of the reference signal of a C-VOR.

The receiver can't tell the difference. However the fact that FM is used in place of AM for the position signal increases the angular precision.

10
How does the VOR receiver pick up the signal and how are the needles controlled?
13
What is the difference between conventional VOR and Doppler VOR?
3
Why do we have to manually tune VOR receivers?
7
Are nearest VOR stations always tuned to?
2
Are VOR frequencies static?
3
What is the VOR reference signal?
4
How does one reverse direction on a VOR radial?
11
Is VOR identification automated in modern avionics?
4
What are the VOR channels used for?
1
How do I do these VOR time and distance calculations?