Why don't horizontal stabilizers have winglets?

Winglets are used to reduce induced drag on the main wings of an aircraft as per explanations on wikipedia. Since they are very effective I was wondering why they are not installed also on horizontal stabilizers. For sure there must be some sort of induced drag being generated on horizontal stabilizers too as they are cutting through the air just as the main wings do. So why aren't there any sort of "minified" winglets available as an aftermarket installation (or, at least, I haven't ever seen some myself)?

Horizontal stabilizers don't generate as much pressure difference as the wings. Generally the stab deflections are very small in flight, and there's so much other drag during landing -- when the stab gets the most use -- that wing vortices from the tail are probably the least of your problems. Stabilizer winglets on their own, when there's no pressure difference, would simply result in drag, whereas the main wing winglets are constantly effective while flying.

Furthermore, the weight and trouble of adding little winglets to the horizontal stabilizers with larger actuators and hinges, for example, would probably outweigh the very slight aerodynamic benefit. I could also imagine that since the airflow over latter part of the wing is complex and varied, find a good design solution would be difficult.

As @Federico points out, the DA42 has them, but that's a composite airframe rather than the metal construction you see in most Cessnas, for instance, where you have to be more conservative in construction.

Short answer: In all cases these are not winglets, but fins.

Winglets are worse than an equal span extension and are only used if span should not increase:

Putting them on the tail surface would not help to limit the wingspan: The horizontal tail can easily grow and still be much smaller than the wing. There is no single case where winglets on a horizontal tail would have made sense.

What you see and might interpret as winglets are actually additional fins. They stay in the general area of the vertical tail, so they do not increase the sideslip-induced rolling moment, and they do not increase aircraft height. But they help to improve lateral stability, which had been worsened by a configuration change. Example pictured below: The Beech 1900, a derivative of the Beech Super King Air. The fins below the fuselage could not grow any bigger without risking ground contact during rotation, and the small stability deficit did not justify the development of a new tail section. So the fins were added where they would cause the least amount of trouble. Obviously, aesthetics were not considered. 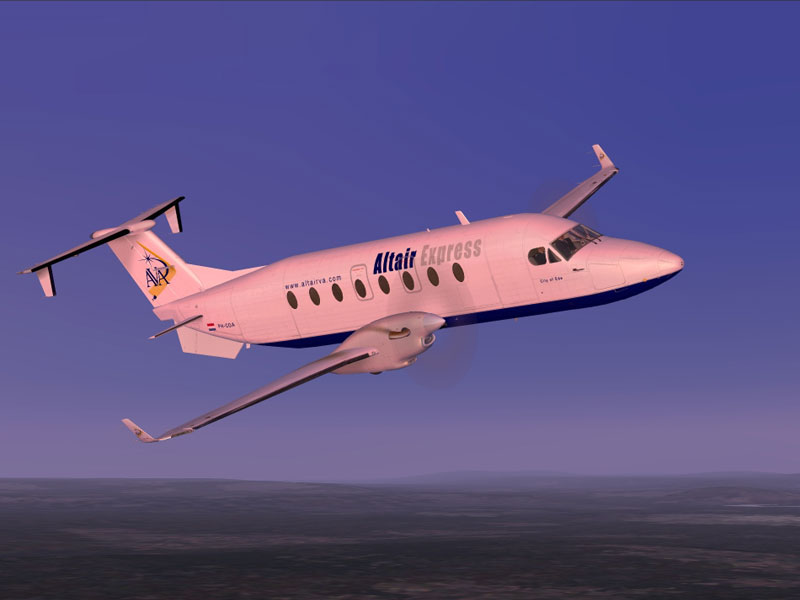 And no, those horizontal fins are not "fuselage winglets".

So-called "winglets" on the tail of the DA42

That is also the reason why the "winglets" are so much bigger on the MPP version of the DA42: They offset the destabilizing effect of the camera pod. The canted tips of the original DA42 are working like an anhedral and create a compensating positive rolling moment for the vertical tail's negative sideslip-induced rolling moment. Ideally, the whole horizontal tail would have anhedral, but it was preferred to keep the elevator hinge line straight.

So why aren't there any sort of "minified" winglets available as an aftermarket installation?

Actually the DA42 has them 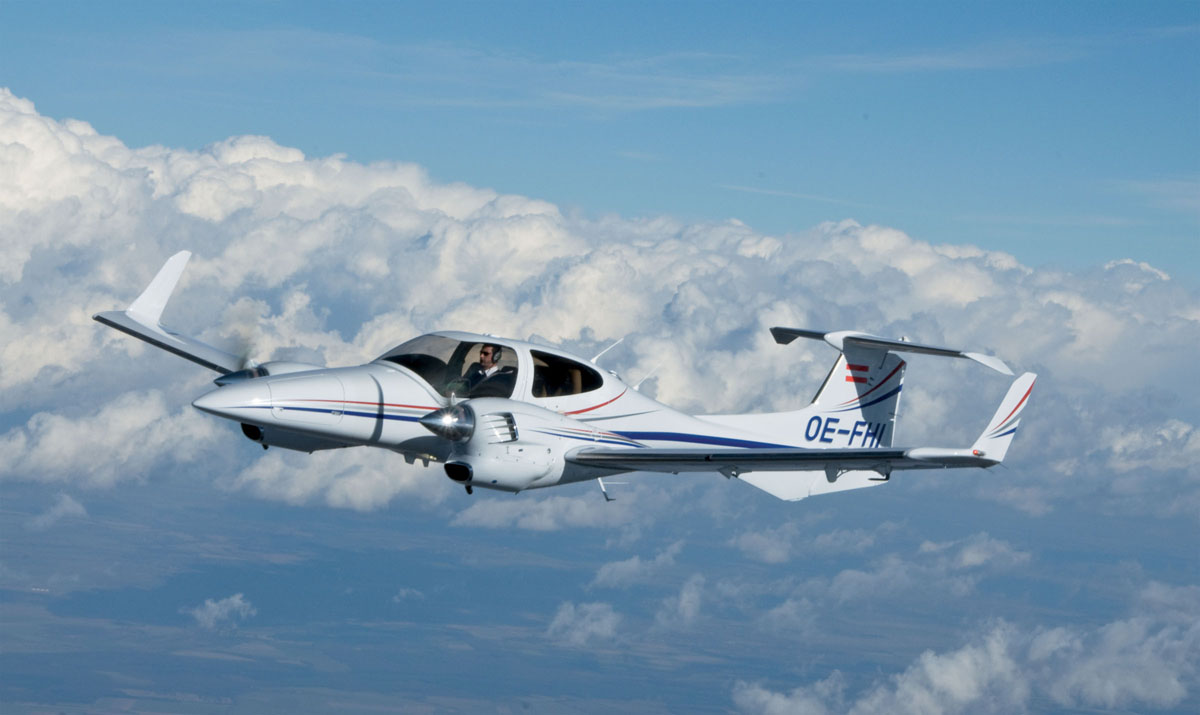 and in the MPP version they are even more pronounced 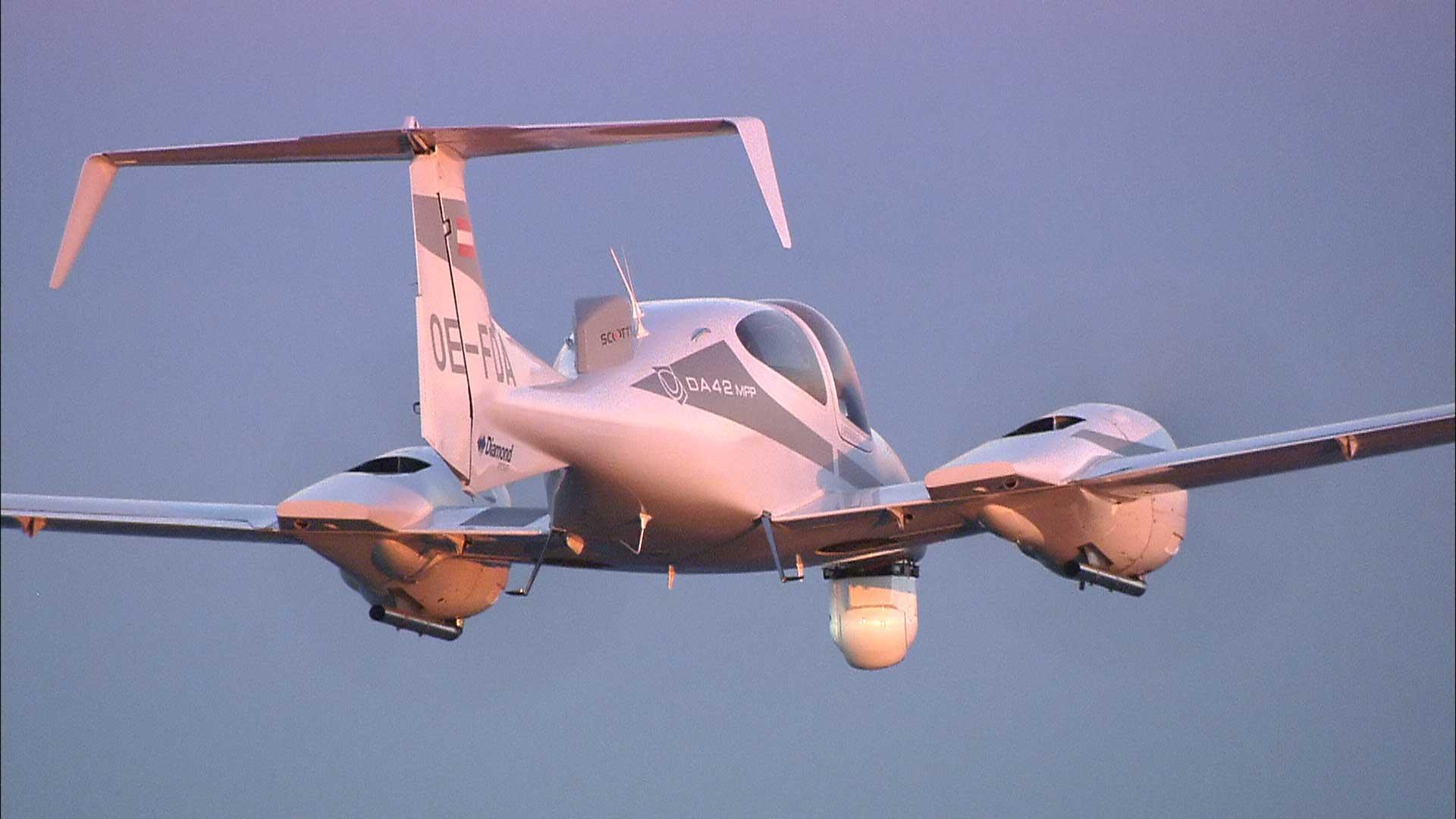 The induced drag from wingtip vortexes is mostly on lift generating surfaces, horizontal stabilizers don't generate that much lift.

That said there is a twintail design with double vertical stabilizer at the ends of the horizontal one; but that is not for reducing vortexes but for improving rudder response.

57
Is a winglet better than an equal span extension?
12
How do the Airbus Beluga's wing/control surfaces deal with its high center of gravity?
11
What are these fins on the Beechcraft 1900?
6
What are these things on the horizontal stabilizer on a Diamond DA40?