There is a statement to describe the underlined frequency in legend, it says:

Underline indicates no voice on this frequency.

What does this mean? We still need to ident the Morse code, doesn't it? So what's the "no voice" referring to?

Before data links, there were essentially two types of radio receivers in the flight deck, and this is still the case for most GA aircraft: "COM" used for voice communication, and "NAV" used to receive navigation signals. When COM transceivers fail, the pilot is left without information from ATC, and will follow their current flight plan and clearances.

However ATC may try to send additional information and new clearances using the NAV radios. In that case this is a one way communication, as NAV aboard the aircraft have no transmitting capability.

a. In the event of lost communications with an aircraft under your control jurisdiction use all appropriate means available to reestablish communications with the aircraft. These may include, but not be limited to, emergency frequencies, NAVAIDs that are equipped with voice capability, FSS, Aeronautical Radio Incorporated (ARINC), etc. [...]

b. Broadcast clearances through any available means of communications including the voice feature of NAVAIDs.

The voice feature is present on all navaids, except TACAN. It may also be used to transmit ATIS when no communication emergencies are going on.

a. In addition to monitoring the NAVAID voice feature, the pilot should attempt to reestablish communications by [...] 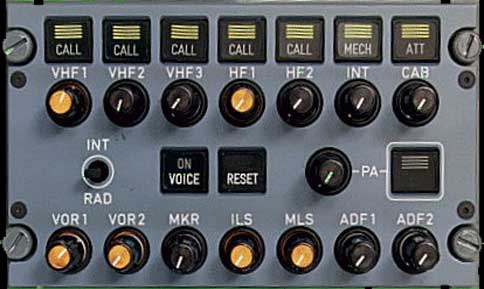 No voice or underlined frequency indicates ATC can't use this navaid for to transmit voice messages.

Such navaids have a class code W (without), e.g. CHANDLER NDB in Arizona: 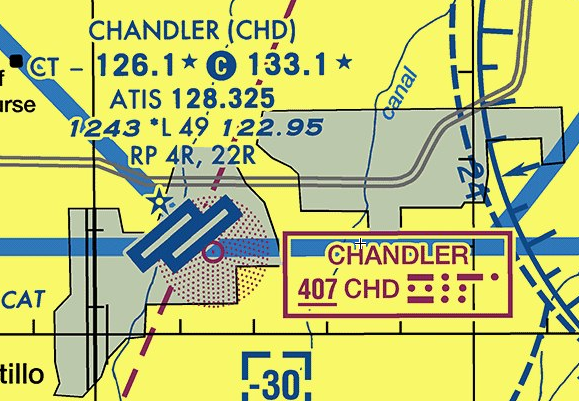 Not the answer you're looking for? Browse other questions tagged radio-communications radio navaids or ask your own question.

1
How can pilots use receiver function of VOR during lost comms?

31
"What's our vector, Victor?": What does this mean?
11
How do pilots/controllers deal with overlapping transmissions on the radio?
7
What's the precision of a modern Inertial Measurement Unit, and how is it obtained?
9
What does the crosshatching mean on this VOR-DME?
7
Is there a solution to radio interference?
0
Is there a Non Directional Beacon(NDB) morse code sound database?
4
When do I have to contact Centre when departing/arriving at an airport with an ATF?
3
What, effectively, does a navaid being unmonitored mean?
5
Where does the Garmin G1000 Nav ID come from?
1
Help reading a FAA departure procedure chart