Nowadays life rafts are often replaced by slide rafts, the slides having a double function: Evacuation and when detached survival. However they are packed tightly in the aircraft doors, so they probably don't contain a survival kit. 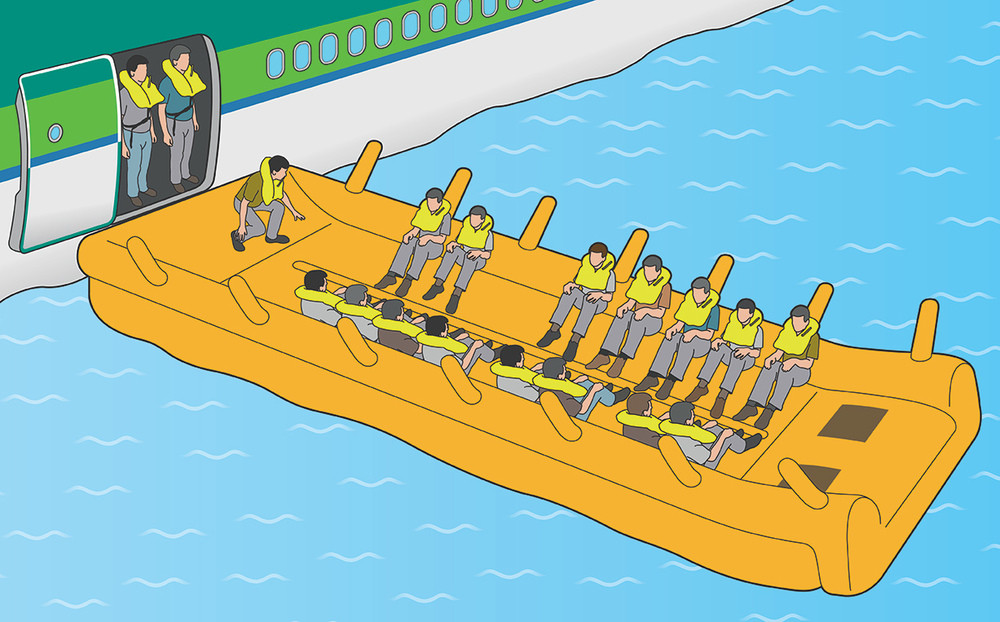 Nice illustration by Ron Wilson
Though it would be typical of ditching on Lake Michigan, not in heavy sea

For routes over oceans, what is the equipment that is available aboard rafts when they are used? (first-aid items, food, water, radio, etc). Where is this equipment stored before evacuation? Who takes care of making this equipment available in each raft?

Typical content does include nonperishable food and bagged water—

It's the crew responsibility to gather the kits.

They're located near the exits either in closets, ceiling compartments, attendant seat stowage, or overhead bins. Exact location varies by plane and airline.

Not the answer you're looking for? Browse other questions tagged emergency ditching or ask your own question.