What is the use of this jet aircraft with tanks between biplane wings?

Looking at this soviet-like aircraft: 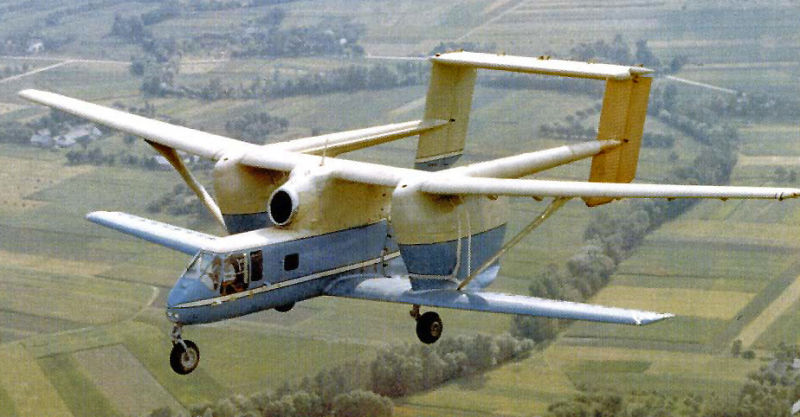 It looks like a turbine engineer team met a biplane aerodynamicist team to create this strange aircraft! More over, it appears the two big pottery pieces are actually tanks.

What is the story and the use of this jet aircraft?

It is the Polish PZL M-15, as you can read in the image if you zoom in. From Wikipedia:

The aircraft was designed in Poland in response to a Soviet requirement for a new agricultural plane.

Agricultural airplanes fly slow and having a shorter span increases the number of (air)fields you can land on. That's probably why they decided using a biplane design.

The two tanks outside the fuselage could have several reasons:

All this, of course, at the cost of a lot of drag. As explained in the image source page, fuel consumption was three times larger than other agricultural airplanes and it had a really bad maneuverability.

The jet engine was a requirement dictated by Aeroflot, who wanted to use the same type of fuel for their passenger and agricultural airplanes.

That's a Mielec M-15 Belphegor, the world's only jet powered biplane. A jet agricultural aircraft, manufactured by PZL Mielec in Poland for Soviet agricultural aviation. For its strange looks and noisy engine it was nicknamed Belphegor, after the noisy demon.

Not the answer you're looking for? Browse other questions tagged aircraft-design aircraft-identification or ask your own question.

31
Has a commercial or military jet bi-plane ever been manufactured?
14
Why are/were there almost no tricycle-gear biplanes?