What is the name for the Mitsubishi A6M Zero's one-piece wing/fuselage?

The Zero's fuselage and wings were constructed in one piece, unlike the American method that built them separately and joined the two parts together. The Japanese method was much slower, but resulted in a very strong structure and improved close maneuverability.— Wikipedia 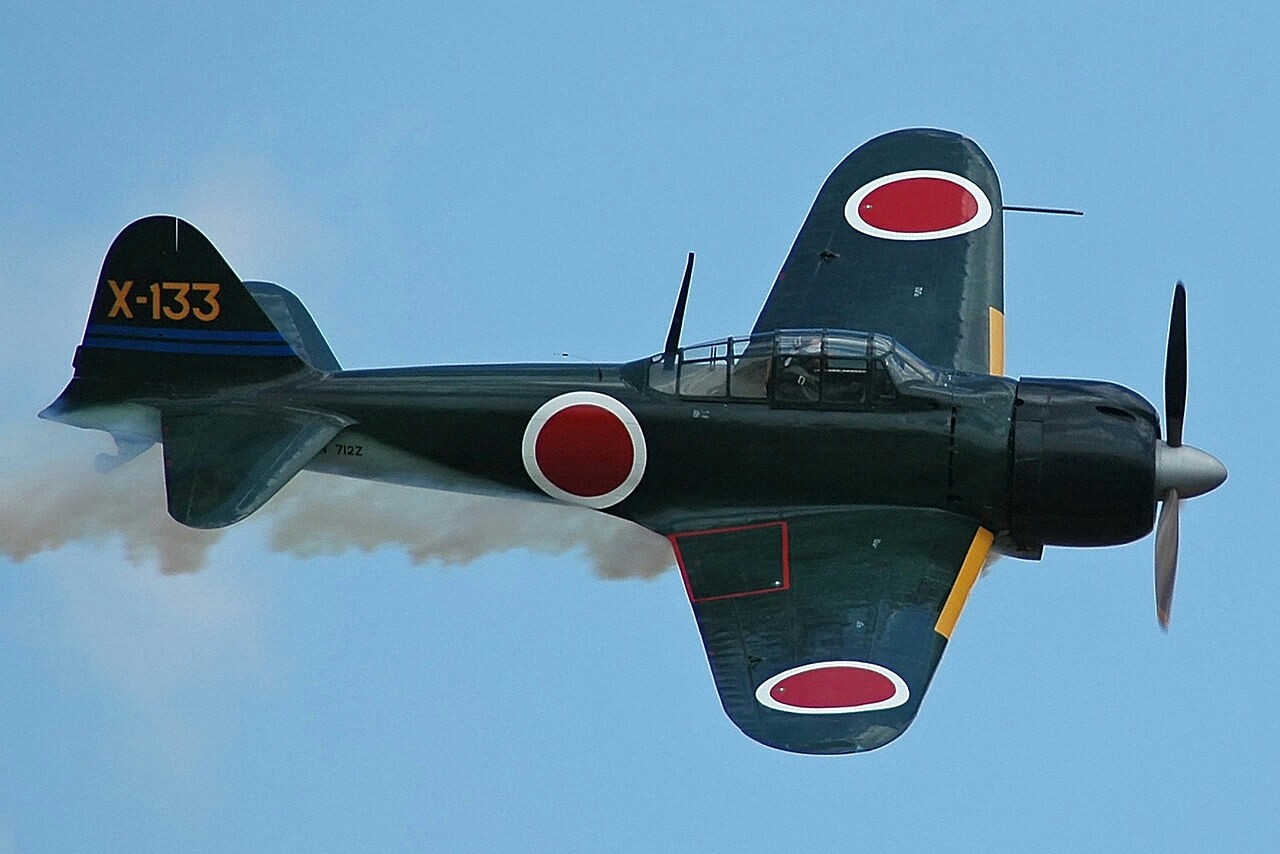 This design is harder to implement but it allows for higher strengths for the same weight or lighter weight for the same required strength.

Is there a name for such fuselage design?

The construction of the Zero was slightly different from that of its western counterparts. The aircraft had three major sub-assemblies:

The construction of the first sub-assembly was such that the both the wings were constructed as one piece integral with the cockpit. This is (presumably) what the author means in the article in question. Otherwise the wing was a semi-monocoque structure with two main spars, which is quite common. 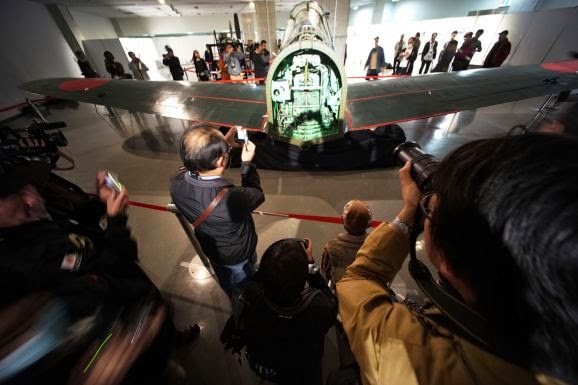 The images below show the different sections of the aircraft (middle and rear sections) from a rebuilt Zero. 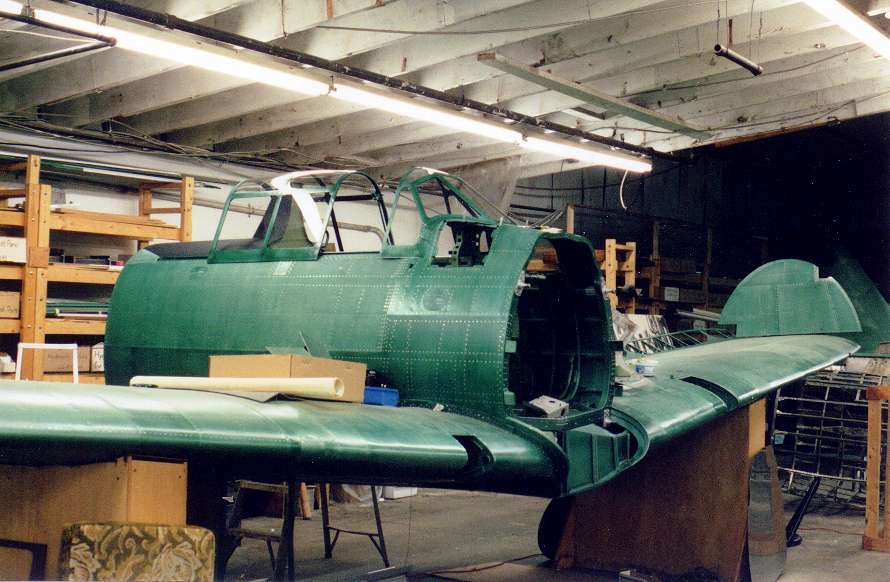 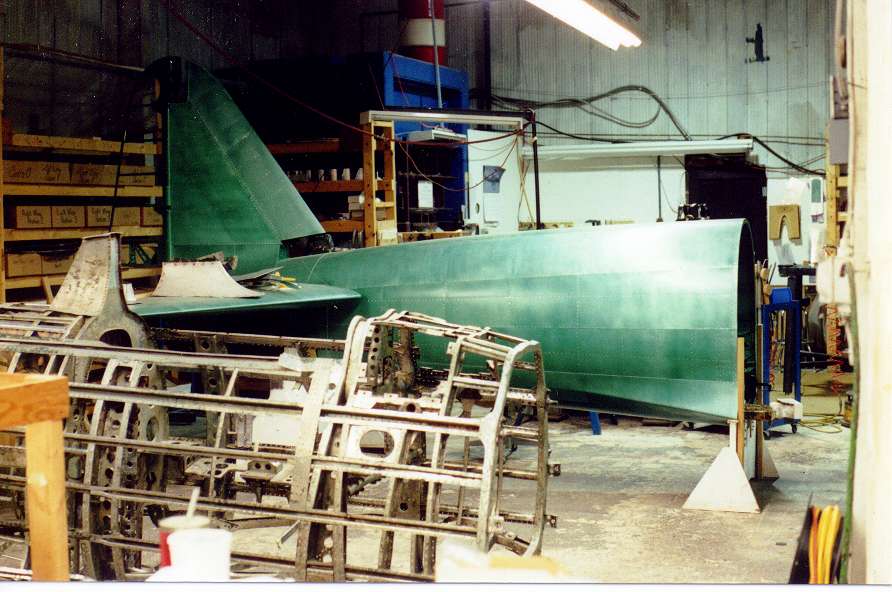 I'm not aware of any special name for this. It appears to be a normal semi-monocoque structure. 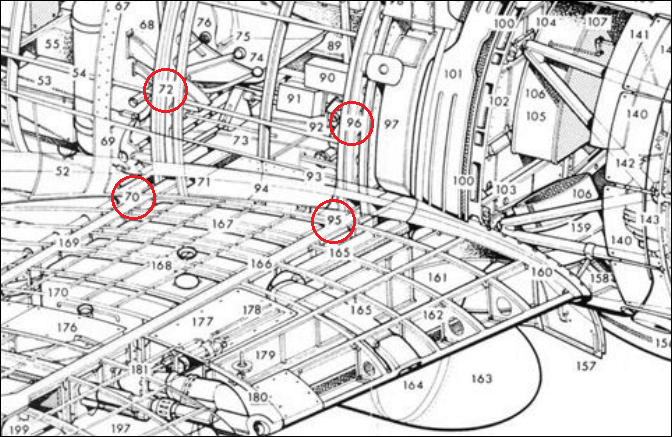 This above cutaway suggests the wings were indeed constructed within the fuselage, and not attached later, but it is not out of one piece.

I couldn't find pictures for the Zero assembly line. However, the Zero was known for shedding most of its weight by forgoing the armor surrounding the pilot. Owing to the Kamikaze mindset.

From the source quoted on Wikipedia—

The most amazing thing about the Zero was the way it was built. Instead of constructing a fuselage and wings separately and then joining them together in the American fashion, the Japanese have fashioned the wings and fuselage in one piece. This makes for great structural strength and is a decided advantage in close swift maneuvers. It is a disadvantage in construction, however, as it takes much longer to build a plane this way.

This construction is still called semi-monocoque, common to many planes. The name you're after is probably the manufacturing method, not the structural system. It's called batch production, wherein the product takes shape and is built in one place. As opposed to getting a ready-made wing and rivet it to a ready-made fuselage—both manufactured elsewhere. That would be assembly line production.

Not the answer you're looking for? Browse other questions tagged aircraft-design wing terminology fuselage aircraft-structures or ask your own question.

18
How strong is the A380 fuselage-wing joint?
4
Why is the wing of large commercial jet aircraft usually located below the fuselage?
10
How is a wing joined to the fuselage?
4
What is the section of the fuselage below the wings called?
6
How does the fuselage handle the different loads?
10
What is the piece that covers the top part of tires?
0
Is there any advantage to having both wings integrated into a single wing unit, rather than being attached separately to the fuselage?