Would the Gee Bee be allowed to fly today, with so little forward visibility?

When looking at the Gee Bee: 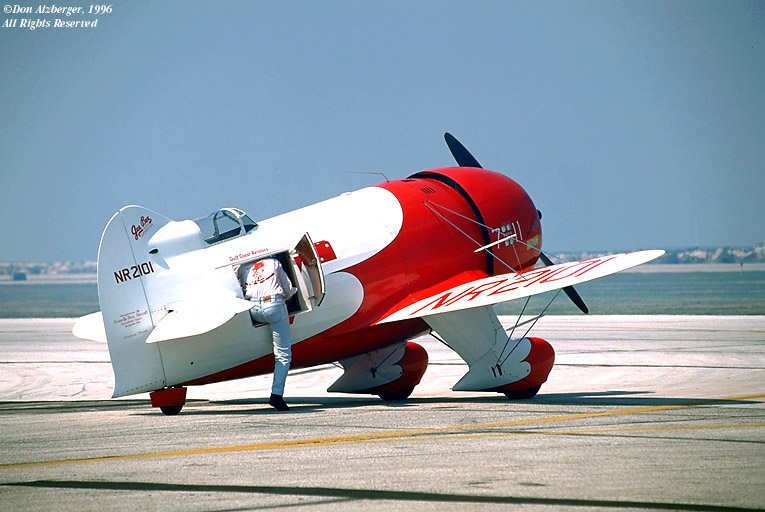 I wonder what the pilot is actually able to see, when rolling on the runway, when flying level, or trying to locate a possible emergency landing place. It seems this aircraft puts the pilot and the people on the ground at risk.

Wouldn't a mirror improve safety, or is there a hole in the bottom of the fuselage?

How could such an aircraft be allowed to fly at the time? Did flying it only require to hold a recreational private pilot license or additional qualifications? Would it be allowed today in Europe, or in the US, based on existing regulation?

At least it has a forward looking windshield.

(Source) Spirit of St. Louis that was flown solo by Charles Lindbergh on May 20–21, 1927, on the first solo non-stop transatlantic flight from Long Island, New York, to Paris, France. 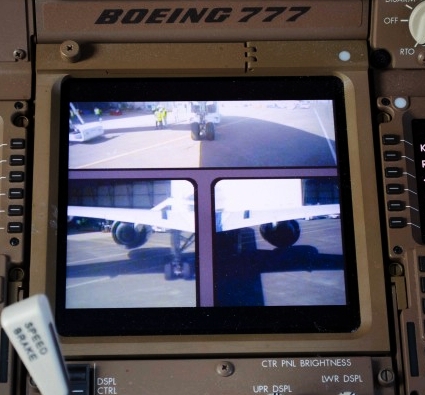 Like all tail-draggers, the pilot can be guided by a wing-sitter, or by taxiing in an S-shape.

For landing, a little cross-control to crab will allow a side view of what's ahead.

Above methods were/are very common for WWII-era planes with huge noses and a tail-dragger undercarriage. 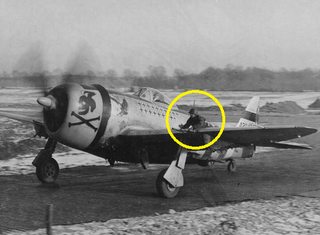 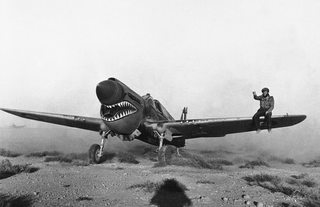 Landing on big grass-fields makes it easier too.

Would the Gee Bee be allowed to fly today?

The Gee Bee was still flying airshows until 2002, so the answer is yes. 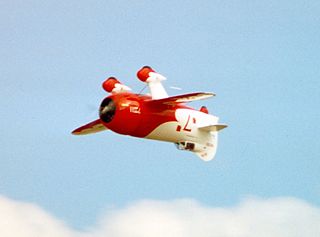 (Source) Gee Bee R2 flown by Delmar Benjamin at Oshkosh 2001. Benjamin flew an aerobatic routine in this aircraft at numerous airshows until he retired the aircraft in 2002.

The reasons such aircraft (including Spirit of St.Louis as pointed out by @ymb) were allowed to fly are explained in another answer. Quoting from it:

You don't need a panoramic view to land, ... Navigation is easy enough through side windows ... and you can just yaw the plane left and right for the times you do want to line up with something.

Even today, tail draggers have basically zero forward visibility on the ground so they taxi by watching the edge of the pavement with the occasional sharp s-turn to check ahead.

Experimental certificates are issued for the following purposes:

(e) Air racing. Participating in air races, including (for such participants) practicing for such air races and flying to and from racing events.

GeeBee R2 was flying as recently as 2001 (not that recent, i know), so I'm pretty sure someone can fly it if they are upto it. FAA requires special pilot authorization for this kind of aircraft:

What type of experimental aircraft requires an FAA issued authorization?

This information applies to pilots of aircraft to which the FAA has issued Special Airworthiness Certificates for the purpose of Experimental under Title 14 CFR section 21.191 and are one of the following:

This YouTube video shows the view from an RC model of the plane.

Not the answer you're looking for? Browse other questions tagged aircraft-design aviation-history aircraft-certification tail-dragger or ask your own question.

41
How do pilots manage to keep aircraft on centerline during taxi?
27
What do pilots actually see through the windows?
27
How could a Focke-Wulf 190 pilot see anything at all from his cockpit?
11
How are aircraft controlled that have no forward view out of the cockpit?

48
Could the Wright brothers fly across the US today?
7
What's the minimum roll rate a commercial airliner would have with maximum aileron deflection?
53
Can the Airbus A380 safely fly with two engines out on the same wing?
9
What kind of wing-surface area would Curiosity need to be able to fly in the atmosphere of Mars?
23
Would an aircraft with contra-rotating propellers longer than the plane's wingspan be able to fly?
6
Is a FAA certified plane allowed to fly everywhere in the world?
8
If I were to build a J3 cub twice the size of the original using the same CG would it fly?
0
Would a Chinook helicopter fly better with contra-rotating along with counter-rotating propellers?
0
Would a flying-wing drone fly farther if filled with helium?