What happened to this airplane at Lombok Airport?

Last month I was in Indonesia and I had to take a flight from Lombok International Airport (IATA: LOP). While I was waiting for boarding I noticed an airplane (wreck) next to the runway that was somewhat burned down at the front (fire?). 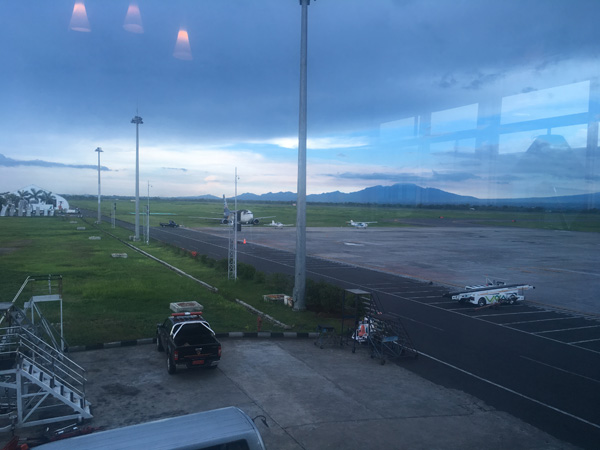 I was intrigued by the way that it was just placed there, so close to the runway. I thought about an accident where this aircraft was involved in, could've have just happened a couple of days or weeks before. But I couldn't find any source in collaboration with this particular airport. I maybe thought that the airplane was used to train fire fighters, as I see that more often on other airports in the world. I tried to find more info about it on the web, but no luck.

The airplane on the map

I also headed out to Google Maps, Bing Maps and Apple Maps to see if the plane was there.

Google Maps has the airplane on its map (see image below, top middle and slightly to the left), the data is from 2016, so says the footer. 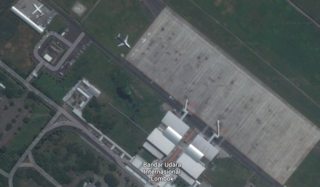 Bing Maps isn't having the airplane on its map, but maybe that's because the map is outdated (?). 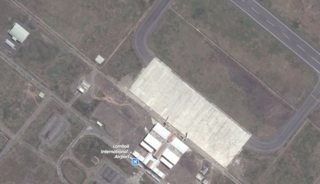 Apple Maps shows an airplane in almost the same spot (it's just on the concrete I think), but is it the airplane? 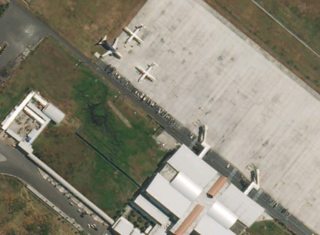 Zoomed pictures of the plane

The above picture is zoomed in on in the following pictures. Unfortunately, the aircraft registration is not visible. 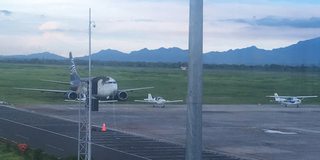 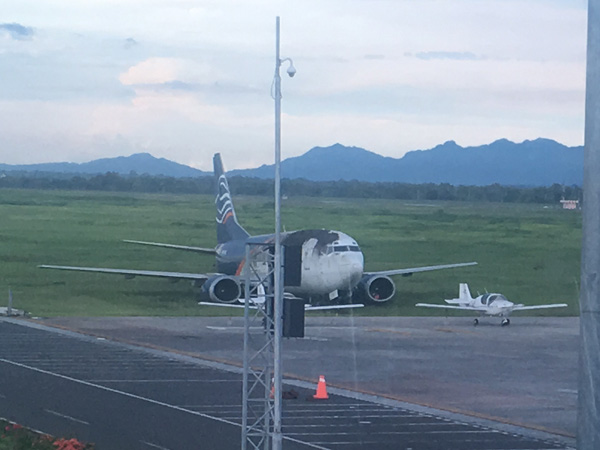 I'm eager to know what happened to this plane. What type is it? Who is the owner? Can anyone tell me? Thanks in advance. 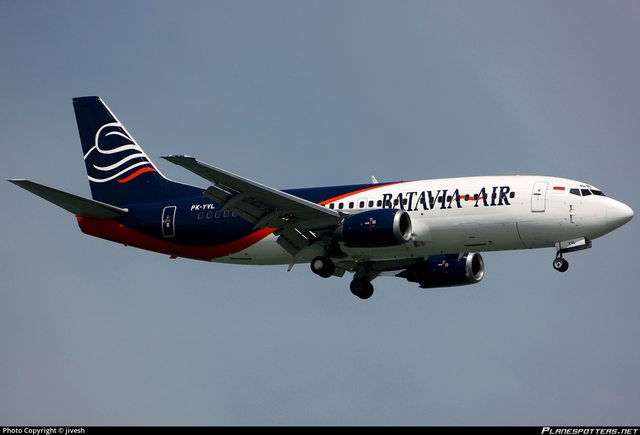 The aircraft's registration is PK-YVL. It's a Boeing 737-300 that was operated by Batavia Air before the airline ceased operations.

This plane is/was leased from Pacific AirFinance. It has been withdrawn from use and stored at LOP since 31 Jan 2013. After ceasing operation, some of the other 737-300's the airline had were delivered to Peruvian Airlines.

Due to its proximity to parked aircraft, it's not likely the plane has been converted to train firefighters. The darkened area could just be storm blown mud.

It was previously owned/operated by United: 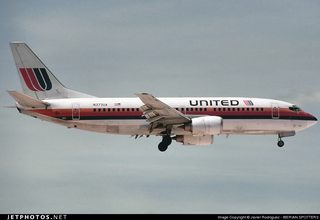 It was broken up in 2018, and parts transferred for display/education to a Chinese College (Jiangxi Science & Technology Teachers' College): 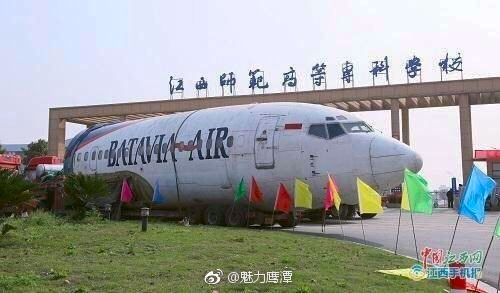 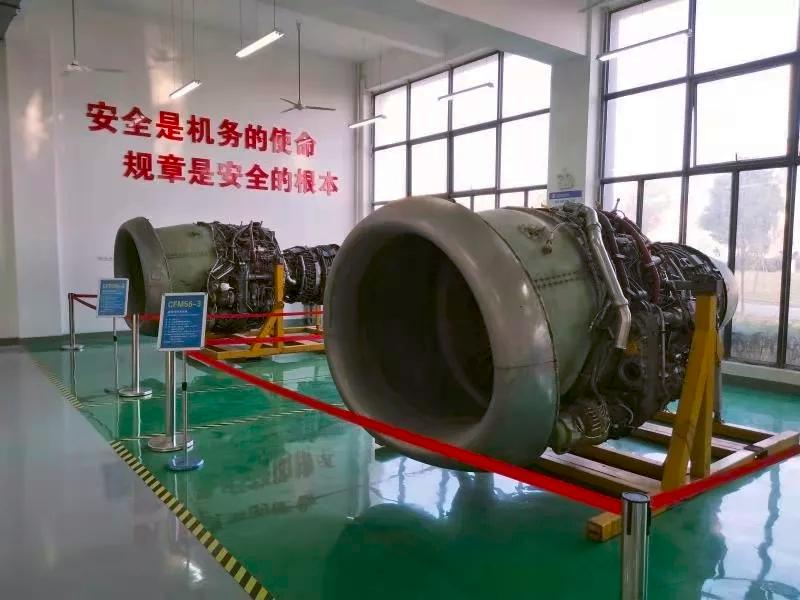 It is entirely possible that it is there for firefighter training.

It may be an old, decommissioned plane that they can start small fires in, and plan how to approach a plane, practice aiming their water cannons and putting the fires out.

I believe that is the purpose of this plane, at Seattle's Boeing Field.

Aircraft was not there anymore last September. Probably scrapped. Photo taken in 2017. 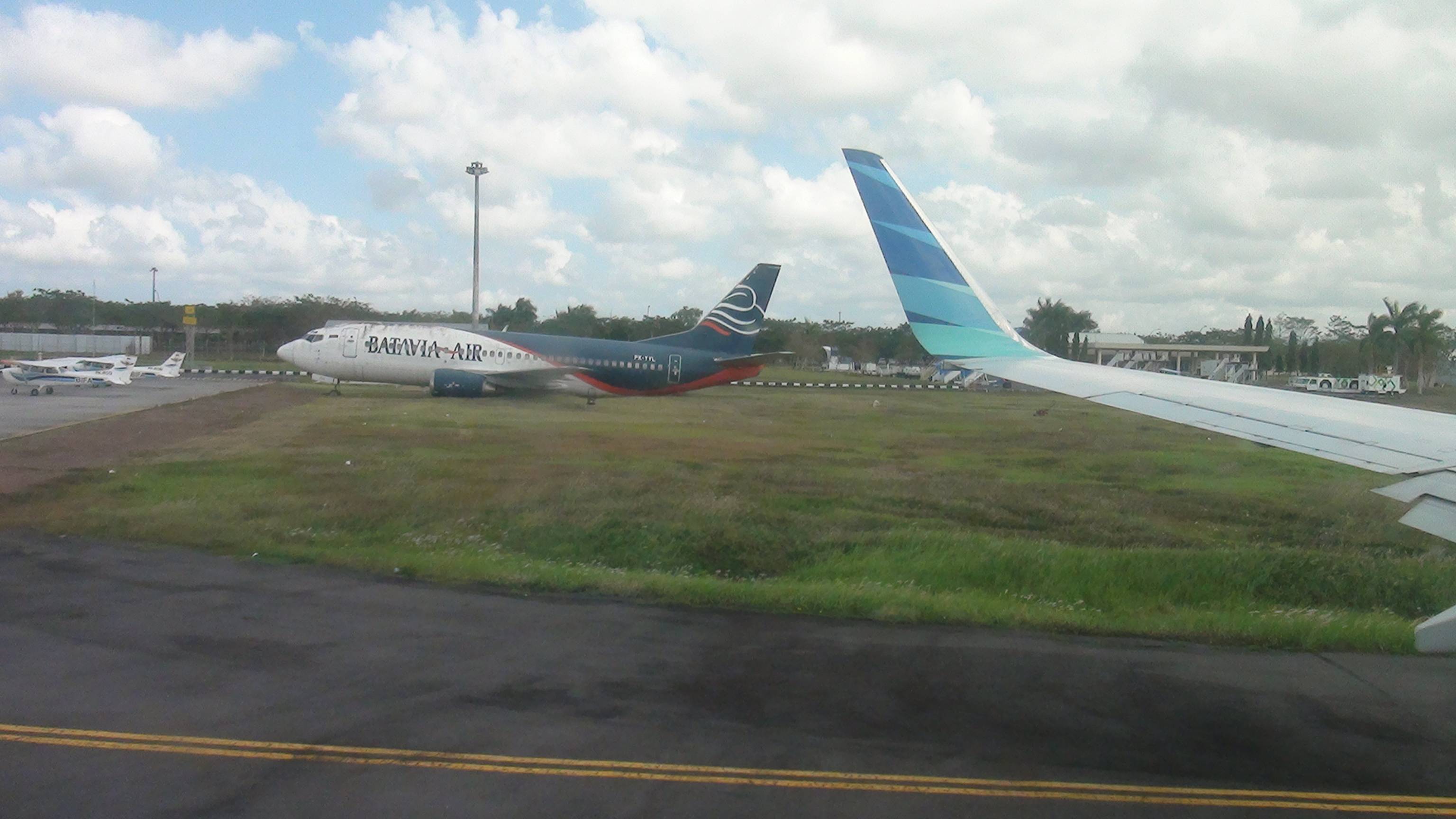