Do F-22's use cartridge start to start engines?

What method does the F-22 use to start its engines?

In the video below, you can see a flap open and flame and steam shoot out as the engine starts to spin up. Is this an example of cartridge start? If so, could anyone explain how this works in greater detail? 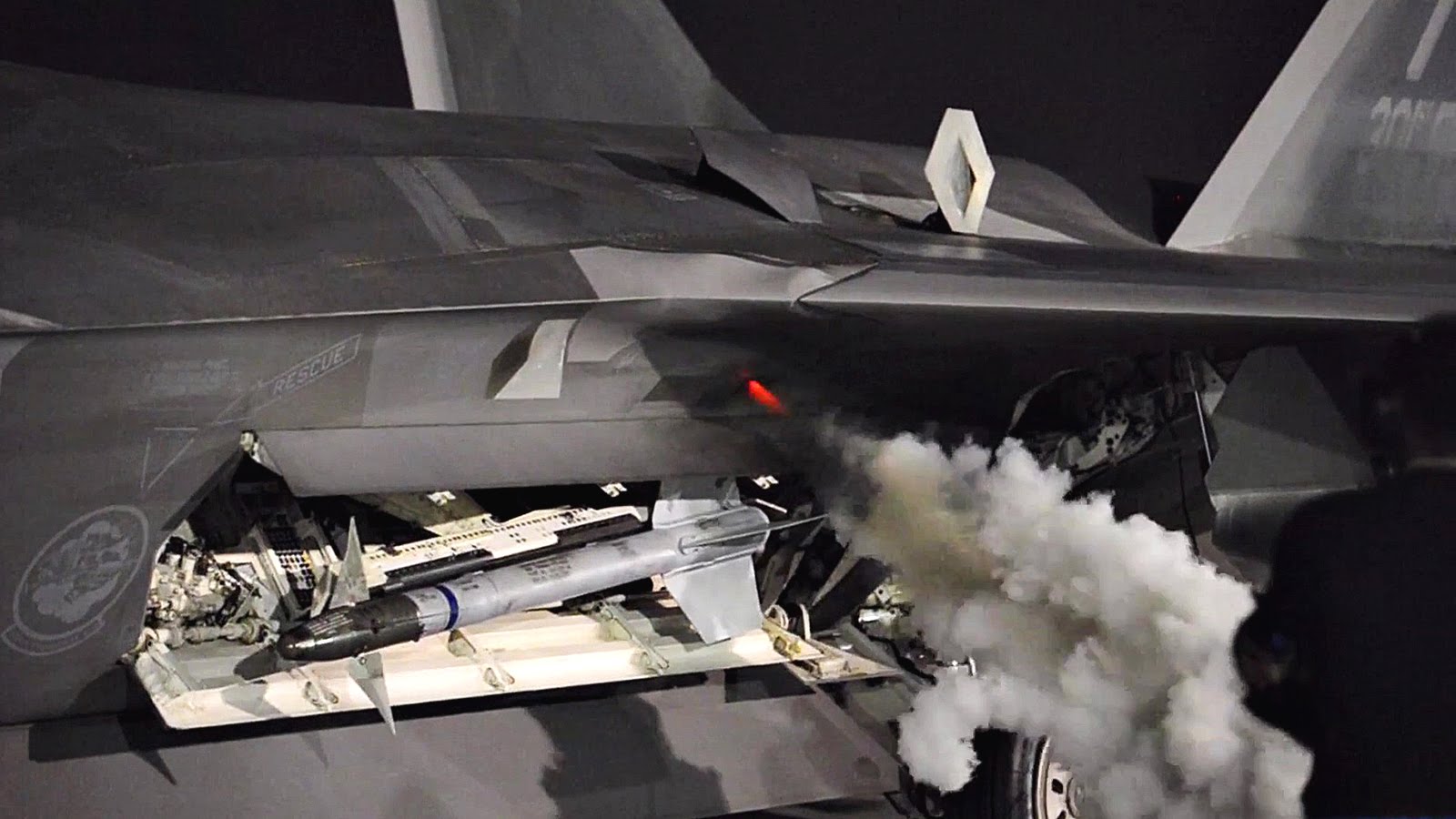 It's a Jet Fuel Starter (JFS) system, used by the F-16 and other jet fighters. On-board compressed air (called Stored Energy System) is released onto a turbine, which starts a small gas turbine engine, which then mechanically engages with the engine's gearbox to spin it.

On the F-16 the JFS allows two bursts/attempts, before needing to recharge (re-compress the air). And if I'm not mistaken, it can be charged after two failed attempts using hydraulic pressure from the brake accumulator, as the engine would not be able provide hydraulic pressure to charge the system yet.

Following the release of the high-pressure gas, the sudden expansion and subsequent cooling causes condensation, which is the smoke we see in the video. The two flaps that open prior to the compressed air release are the intake and exhaust doors for the small gas turbine engine.

On an airliner, the equivalent system is an APU. It's started using the battery and then it drives the engine's gearbox using bleed-air. It's a slow process compared to releasing compressed air, especially when you are to scramble as quickly as possible. Technically, both systems are APU's.

This longer video gives us better clues: you can see the JFS's smoke, then see its heat haze, followed by each engine's heat haze. Each step accompanied by sweet music.

No, the F-22 has an Allied Signal APU in the port wing root opposite of the cannon installation, which is on the starboard wing root.

The Auxiliary Power Generation System (APGS) for the F-22 is being developed, built, and tested by Allied Signal Aerospace for Boeing. The APGS consists of an auxiliary power unit (APU), and a self-contained Stored Energy System (SES).

It is possible the APU uses a cartridge to start it up, as opposed to electrical power. The video you posted is good evidence of that.

F-15s and F-16s use nitrogen pre-charged hydraulic start systems. There is no 'air' involved. The utility hydraulic system pumps fluid into the two accumulators against the nitrogen side of the chamber. When the handle is pulled for starting, NORMALLY one bottle is opened and the hydraulic fluid is released thru the hydraulic start motor on the JFS. After engine start, the hydraulic fluid is replaced under pressure. If both bottles are expended, there is a hand pump for the purpose of refilling the bottles - NOT THE PREFERRED METHOD!!!! In super cold weather, the use of both bottles together may be required.

Not the answer you're looking for? Browse other questions tagged jet-engine military engine-starting f-22 or ask your own question.

7
How is the JFS manual hand pump operated on an F-16?
8
How is bleed air used to start a jet engine?
2
What is the difference between an APU and an ATS?

33
Why should jet engine throttles be moved smoothly?
31
What would have happened if the jet engine on my aircraft had ingested caulk from the pavement?
22
Why do ground crews rotate a radial engine's propeller before a motor/cartridge start?
1
How does the fan in the jet engine suck in air while the engine is stationary?
8
Will manually removing nicks from compressor blades significantly affect the operation of the compressor?
12
Why must some aircraft get permission to start their engines?
4
What would be the impact of replacing the engines on the 737 MAX, not just reworking MCAS?