Which civilian airport has the most runways (current and planned)?

I just read Is the airport capacity related to number of runways? . While there are a host of factors, the idea of more runways is obviously so that more flights come in and out. Which is the biggest and baddest airport which has the largest number of people as well as aircraft coming in and out. Few days back I read that the Chinese have some ambitious plan for the Beijing Airport. I do not know how many runaways it would have (the newspaper article didn't tell/share that info.) but would be interested to know which Airport is the king?

Denver International (KDEN) appears to take first place at a total of 12 runways, current and planned. 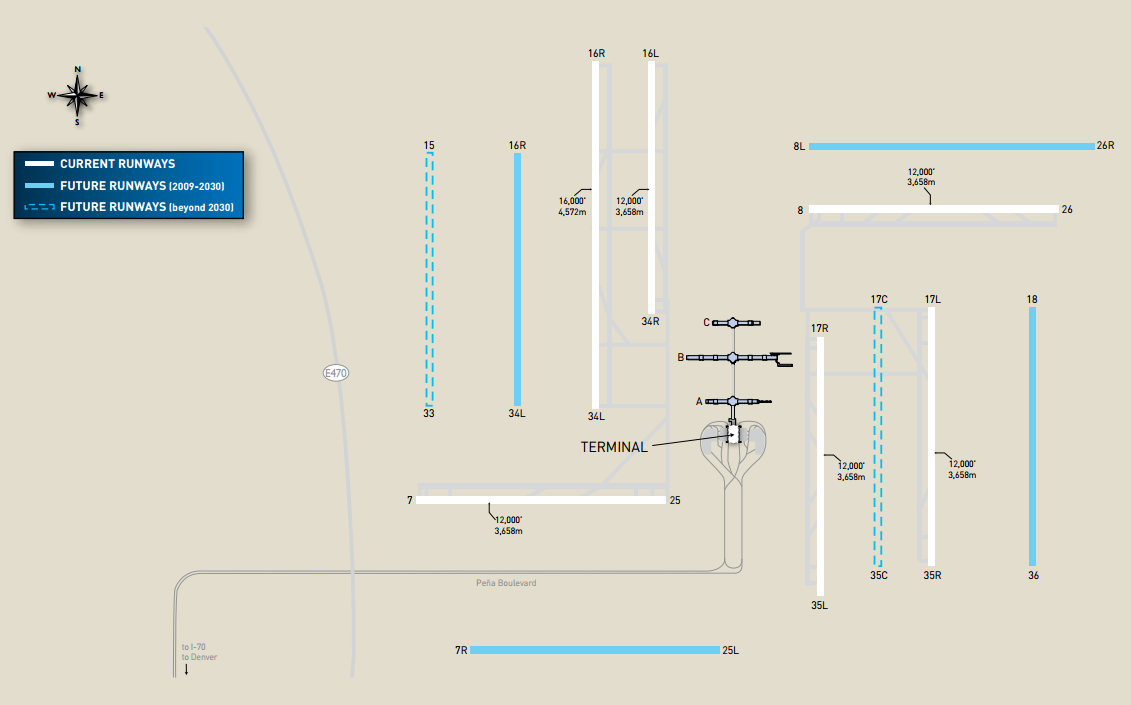 Due to projected growth and Denver's weather patterns, KDEN will ultimately require more runways to serve the same amount of traffic as comparable aerodromes. 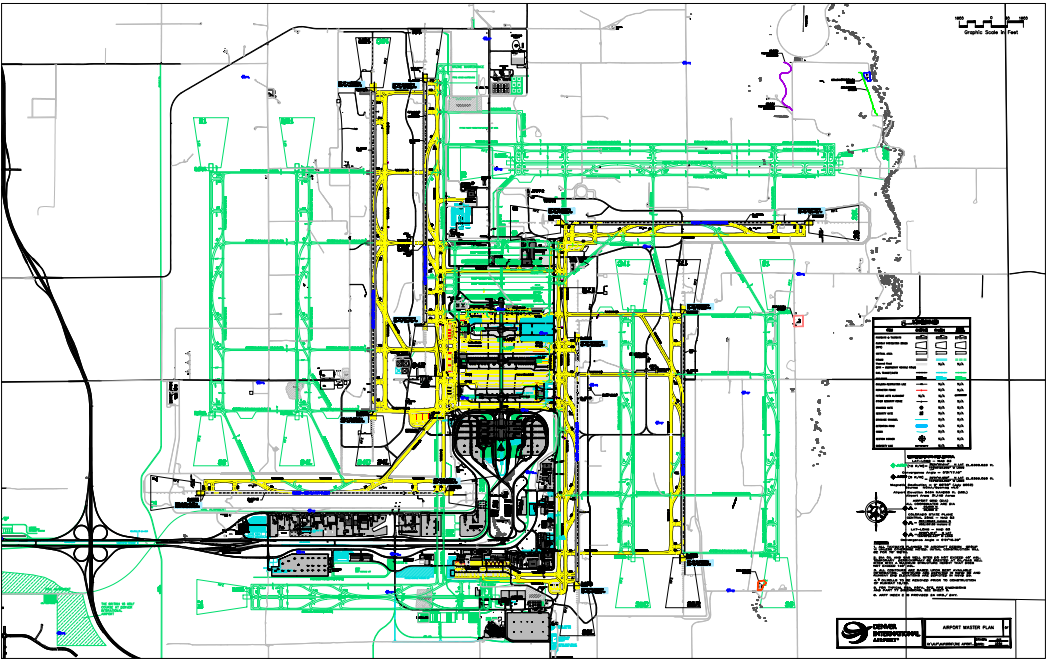 12
Is the airport capacity related to number of runways?
6
Which civil airport has the longest runways in total?

12
Is the airport capacity related to number of runways?
5
Which US airport historically has the most days in which VMC prevail?
11
How do Rapid Exit Taxiways improve aircraft movements?
9
Which US airport has the lowest circling MDH?
6
Which civil airport has the longest runways in total?
8
What are the pros and cons of practising figure-eight landings on perpendicular runways?
5
What factors made my flight land at runway 02 in El Prat?
10
By what measure was Gander International Airport the "largest" in the 1940s?