How well can a helicopter handle someone jumping onto it while taking off?

I see it a lot in movies, curious how say...an Robinson R44 would respond to a 200-pound man jumping and grabbing onto the skids while it's ~10ft off the ground and in the process of taking off??

Edit: more specifically, how dramatic would the effect be?
with Hollywood physics, the chopper would stumble as if the hand of god lightly slapped its side?

The total mass of a light helicopter is about 1000 kg (depending on type and actual payload, of course). The 200 pound guy adds about 10% to the total mass (and weight). The skids are relatively close to the centre of gravity (COG).

The transfer of kinetic energy is negligible for the stability of the helicopter.

In other words, the inertia of the bigger mass will prevent sudden change of vertical speed. For the pilot, this 10% disturbance will be very obvious, and he needs to counteract.

(Note that there was a related question recently: What would happen if a plane lost half of its weight instantly?)

The helicopter will not loose its attitude in a fraction of a second, like it happens in Hollywood movies.

The pilot will use the Collective control to counter the added weight, and the Cyclic control to counter roll and pitch. Provided that the pilot reacts timely enough, it should be possible to stabilize the helicopter. 100 kg additional mass should not prevent the helicopter from climbing, unless it was already overloaded and without safety margins before the 200 pound guy arrived.

More critical is the torque created by the offset load and the resulting COG shift. I am not aware of the roll and pitch performance of small helicopters, but I believe that they are able to fly with somebody standing or hanging on a skid. Asymmetric load of this magnitude will likely impact stability and manoeuvrability, but will not necessarily cause a crash.

If the fearless 200 pound guy instead would jump and hold to the tail skid, the additional weight would be much further from the COG, and the outcome probably be disastrous.

This does not mean that it is safe to continue the flight with the 200 pound guy hanging anywhere on one skid. Pilots always need to verify if the amount and distribution of the load is within the performance limits of their aircraft. See "Helicopter - Weight & Balance, Performance" for some explanation and example (note Figures 2-5, 2-6, and 2-7). Depending on the helicopter performance and the load distribution before the guy jumps, the new distribution may be within the specified safe longitudinal and lateral COG envelopes, or not. 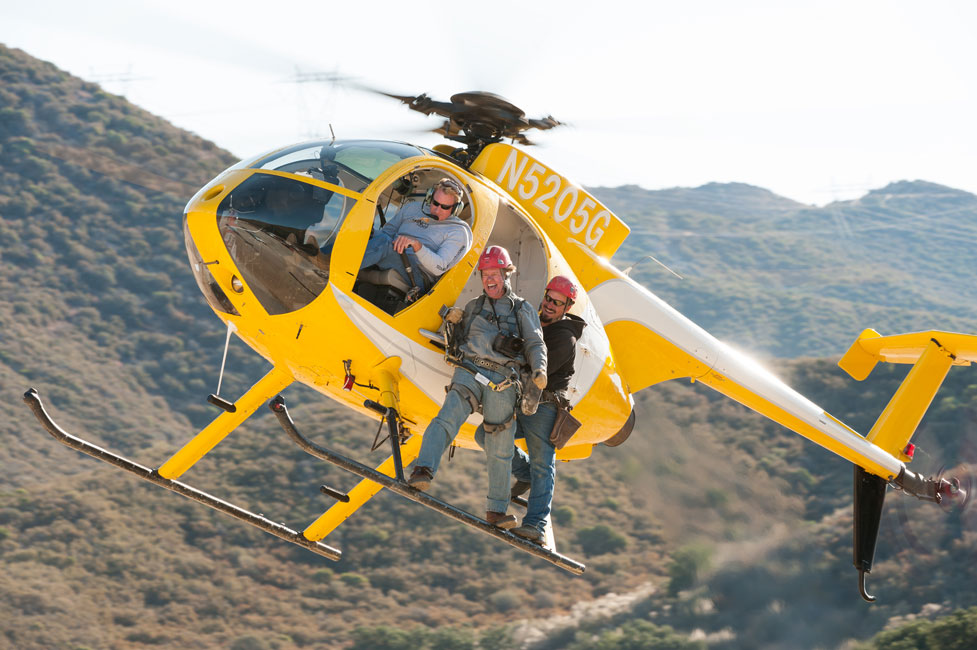 I'll let other people deal with the effects of the unbalanced load.

Not the answer you're looking for? Browse other questions tagged helicopter aircraft-physics or ask your own question.

21
What would happen if a plane lost half of its weight instantly?