How does the Boeing 747 smoke evacuation work? 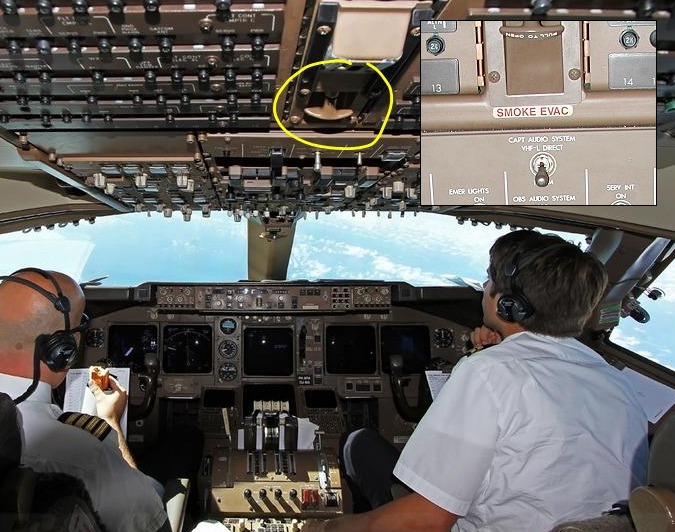 Then I recalled the Boeing 747 having a SMOKE EVAC handle.

Looks like the smoke evacuation handle was used, but had little effect on the outcome. From the Final accident report of Boeing 747-44AF N571UP:

The report also has a note on its working:

The smoke evacuation handle when pulled opens a port in the cockpit roof, which if the smoke is sustained and continuous, will draw smoke through the cockpit as the pressure is reduced by the open port ...

There is also a mention of it in the preliminary report:

Smoke Evacuation Handle –a handle immediately aft of the P5 overhead panel that when pulled opens a circular, manually displaced vent in the overhead fuselage section of the flight deck.

The final report also has an image of the exhaust port. 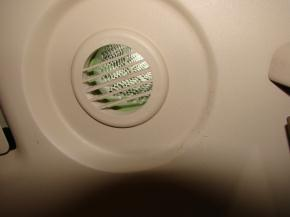 4
On what principle(s) do aircraft smoke detectors work?
11
How heavy are the Boeing 747 landing gear?
6
Why does the boeing 747-8 have less wing flex than the 787?
4
Are the Boeing 747-8 engines more efficient than the 747-400 engines?
11
How does a fire suppression system work?
19
What is the upper deck on converted freighter long-hump 747s used for?
10
Did commercial air planes in 1972 really not have some sort of automatic distress call equipment?