What is the use of this remove before flight cover on the nose of a Bombardier Global 6000? 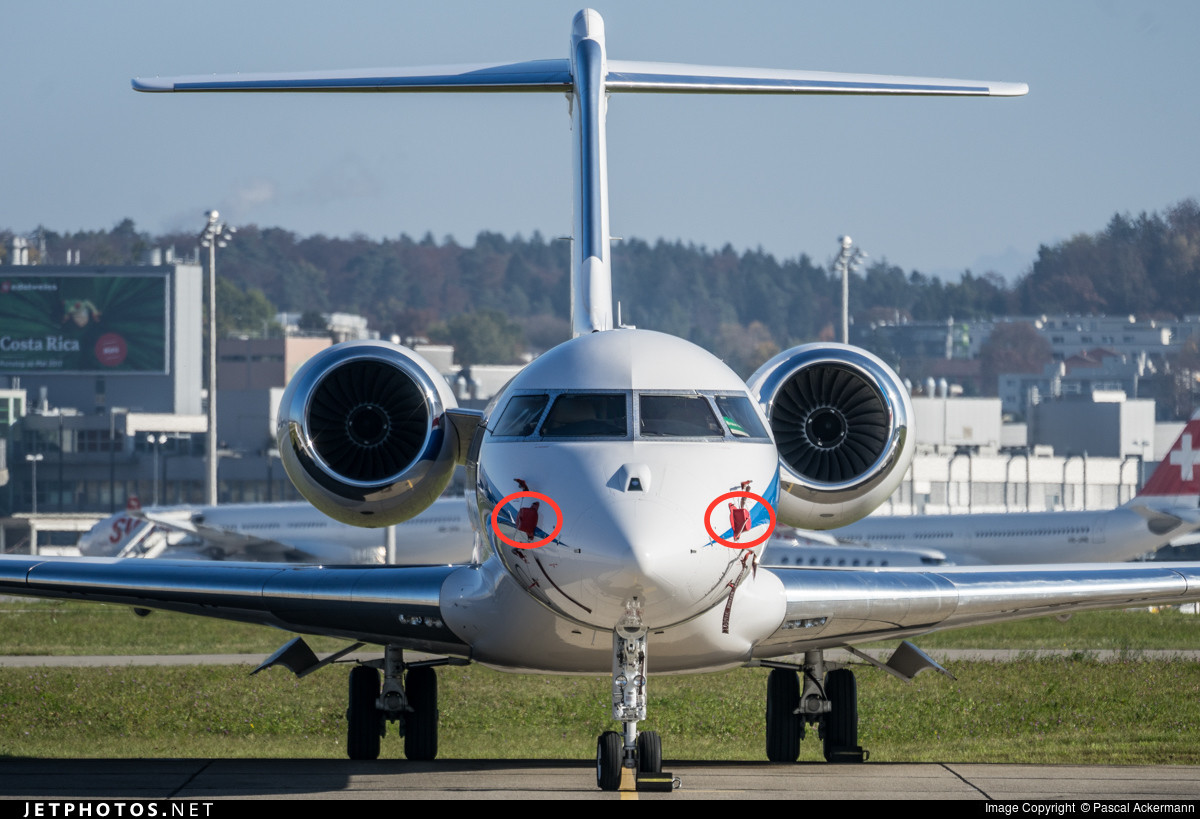 These covers are used to keep foreign objects away and out of the air data sensors, pitot tubes, static ports and Angle of Attack sensors (large red covers) while the aircraft is resting on the ground. Blockage or damage to these sensors by foreign objects prevents the aircraft flight control computers and instruments from collecting accurate data and could be disastrous in flight, especially in instrument conditions. The wires are essentially a leash to hold the neoprene covers together in a group and both prevent their loss during storage and ensure that all covers are removed from the sensors during pre-flight.

Not the answer you're looking for? Browse other questions tagged avionics private-jets bombardier or ask your own question.

12
What are these hooks and tassels on the nose?

9
What is this thing on the engine of a Cessna 500 Citation I?
20
What is this device on the nose of a Bombardier Global 6000?
2
What is the correct name of this aircraft subsystem in English?
3
What Electronic Flight Display is this?
10
How do instructors simulate instrument failure in basic training aircraft with glass cockpits?
10
What CPU does the F-16 use?
7
What is the use of this object in the cockpit of a Bombardier Dash 8 Q400?