Why can't Norwegian's Boeing 787 operate from Vegas during hot weather?

In a German news article it was stated that the additional weight (Norwegian puts 291 passengers on their 787-8) leads to operations restrictions in Las Vegas when temperature conditions exceed 40°C.

Is the 787-8 really limited at 40°C? What would happen at airports that are not only hot but also high?

What are the temperature/altitude limitations for the 787-8 at MTOW in this specific case?

Norwegian’s heat issues stem from an unusually high passenger capacity aboard the Boeing 787-8 jetliners that the carrier uses on its Las Vegas routes. Most airlines operate the plane with an average of 200 seats, but Norwegian puts 291 seats for sale on the 787-8 aircraft to keep costs down as part of its low-cost model.

Given the weight of those additional Norwegian passengers and all that accompanies them, the airline this summer found close to 300 people on board, including crew, and its planes’ ability to take-off during high-temperature periods was sometimes limited.

You see that Norwegian carries more people compared to other 787 operators. And they do indeed cite the passenger count as the reason.

Hot and high limitations are explained here, the biggest limitation for twin-jet planes such as the 787 is the ability to climb if an engine fails during takeoff.

The longest runway at Vegas' McCarran International Airport is 14,512 ft; the elevation is 2,181 ft. 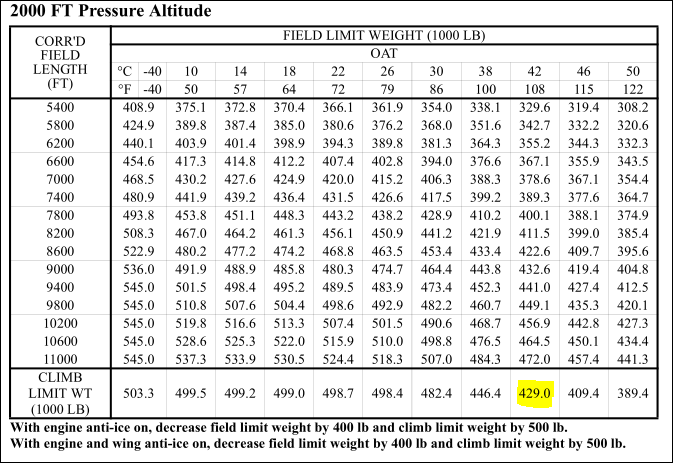 From the 787 performance dispatch manual at 2000 ft pressure altitude and 42°C outside air temperature, we find the limiting factor is the climb limit weight, which is 195 tonnes (429,000 lbs).

The 33-tonne difference is equivalent to 300 passengers (80 kg adult + 30 kg luggage and carry-on). Of course the plane won't be fully fueled, despite the huge distance, but you see how big the limitation is.

Why not depart from Vegas at night? Most probably due to slot restrictions. Waiting for the sun to go down means financial penalties, which is confirmed by the German news article.

Several times the airline had to move the flights to the cooler hours. It costs.— Google Translate

Vegas to Europe is a huge distance, and a direct-flight without a technical stop to refuel is Norwegian's only choice—evidently and understandably. Their low-cost model that favors filling all the seats over fuel is the limiting factor. 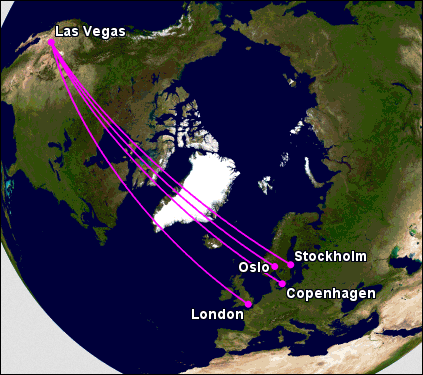 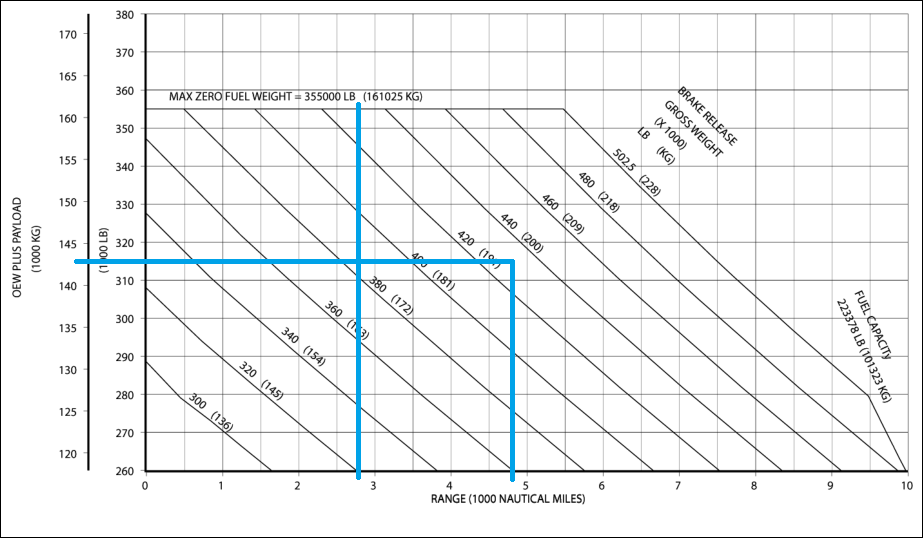 Fully loaded with payload, the range is limited to 2,700 NM for a takeoff from a 42°C Vegas.

18 tonnes are to be shed to make it to London, i.e., 163 seats will be empty, or 90 empty seats plus leaving behind 8 tonnes of freight—airlines do depend on freight for profit. So, the typical quoted 200 passenger capacity would work. But if Norwegian doesn't do freight, then they're not to blame for cancelling the four European routes during the summer heat.

Boeing PDF on how to read the payload/range chart.

Not the answer you're looking for? Browse other questions tagged airline-operations aircraft-limitations boeing-787 temperature or ask your own question.

22
What sort of issues related to extreme heat (115°F, 46°C plus) would prevent takeoffs or landings?
14
Which commercial aircraft can stay in the air the longest?
10
How can a Boeing 747 take off from Princess Juliana 7,546 ft runway?
4
When does the airline check if an airplane can reach its destination?
5
Are modern aircraft (fully loaded and fueled) able to operate from hot and high airports?
4
How do airports in hot climates handle extremely high temperatures?
2
How is the range/fuel computed when there is a 3-hour difference for the same route?