How can I use XFLR5 on a shape with no maximum thickness at one point?

I want to run an analysis with XFLR5 on a shape that is not really airfoil shape since it has no maximum thickness at one point only, it is basically like the shape below: 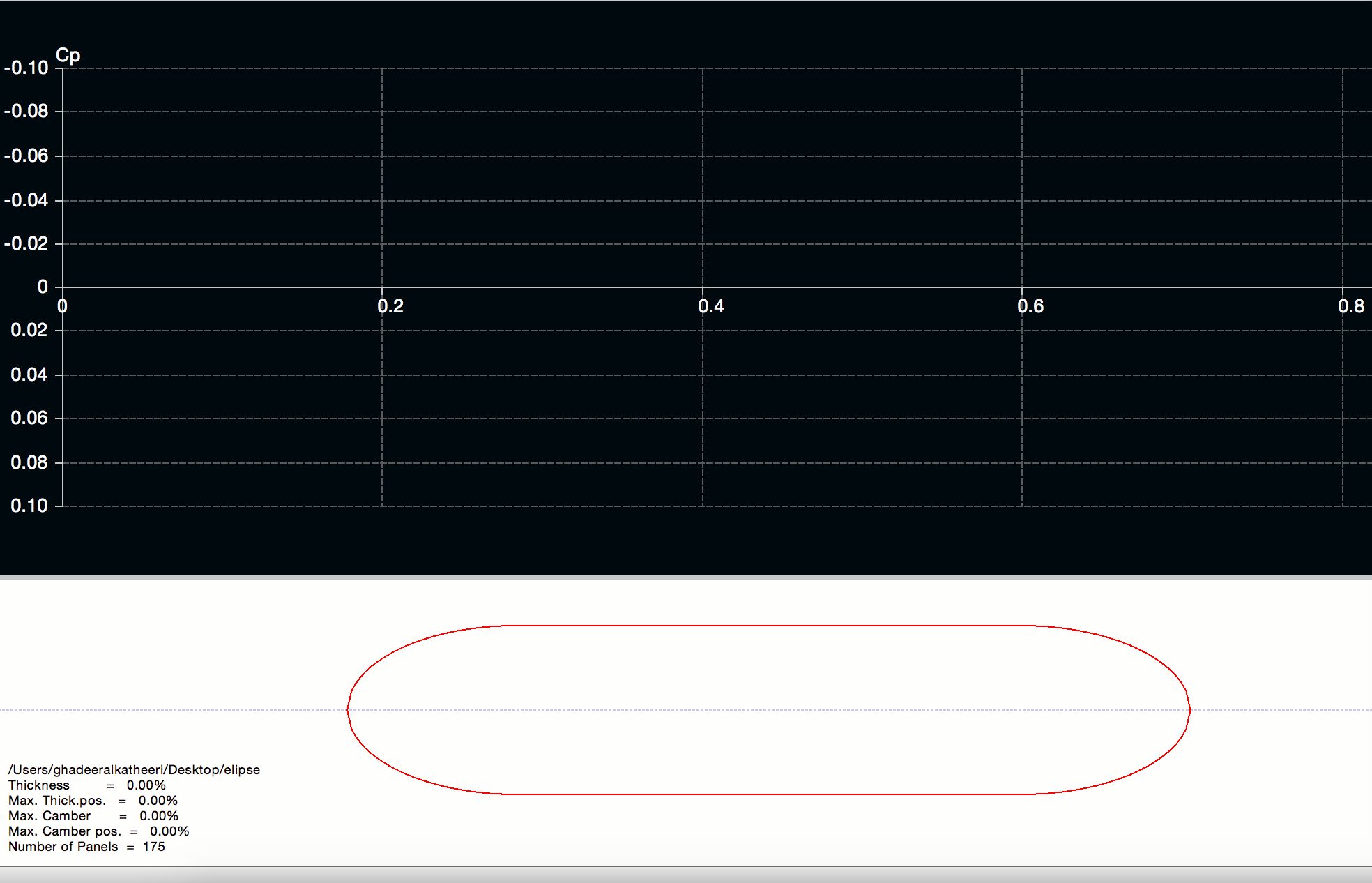 But when I run an analysis, the program keeps showing that at all angles it does not converge. Could the problem has to do with the XFLR not knowing the maximum thickness and at what position? or is there another possible reason? Here are the coordinates of the shape: http://www.filedropper.com/elipse

XFOIL is a (...) program for the design and analysis of subsonic isolated airfoils.

The XFOIL code is not foolproof, and requires some level of aerodynamic expertise and common sense on the part of the user.

The most general equations to describe the motion of fluids are the Navier-Stokes equations. XFOIL doesn't solve the NS equations directly but uses panel methods instead. This makes it much faster than other CFD simulation tools at the cost of restricting the geometries it can analyze.

Normally an airfoil has the following properties:

The problem with your shape is not the maximum thickness (a relative thickness of 20% is still OK) or the constant distance between the upper and lower side but the blunt trailing edge. To some extent the really large thickness at over 75% of the chord affects too.

Whitcomb's supercritical airfoil for example has a nearly constant thickness from 20 to 50% chord but can be analyzed without errors.

The panel method splits the airfoil in many small panels and tries to find a circulation for each one of them so that the air follows the airfoil geometry (normal speed to each panel equals zero). To get physically more realistic results other equations like the Kutta-condition have to be used. One of the assumptions for this equation is that only shapes with a sharp trailing edge can produce lift.

Trying to solve equations when the basic assumptions are not met normally doesn't work and that's why your calculations do not converge.

Note: I'm not an XFOIL power user and perhaps someone can tweak it to get good results, but I doubt it. While it is possible to analyze airfoils with a blunt trailing edge the shape above is very far away from being an airfoil.

TL;DR: XFLR5 can only analyze airfoils. Your shape has not a sharp trailing edge and it is therefore not an airfoil.

Not the answer you're looking for? Browse other questions tagged aerodynamics software or ask your own question.