Does the wifi uplink antenna affect aerodynamics or efficiency?

The wifi uplink antenna on airliners seems like a quite aerodynamically inefficient hump, just sticking up into the airflow above the main cabin. If it added even 0.1% more drag, I don't see how it would be financially viable. 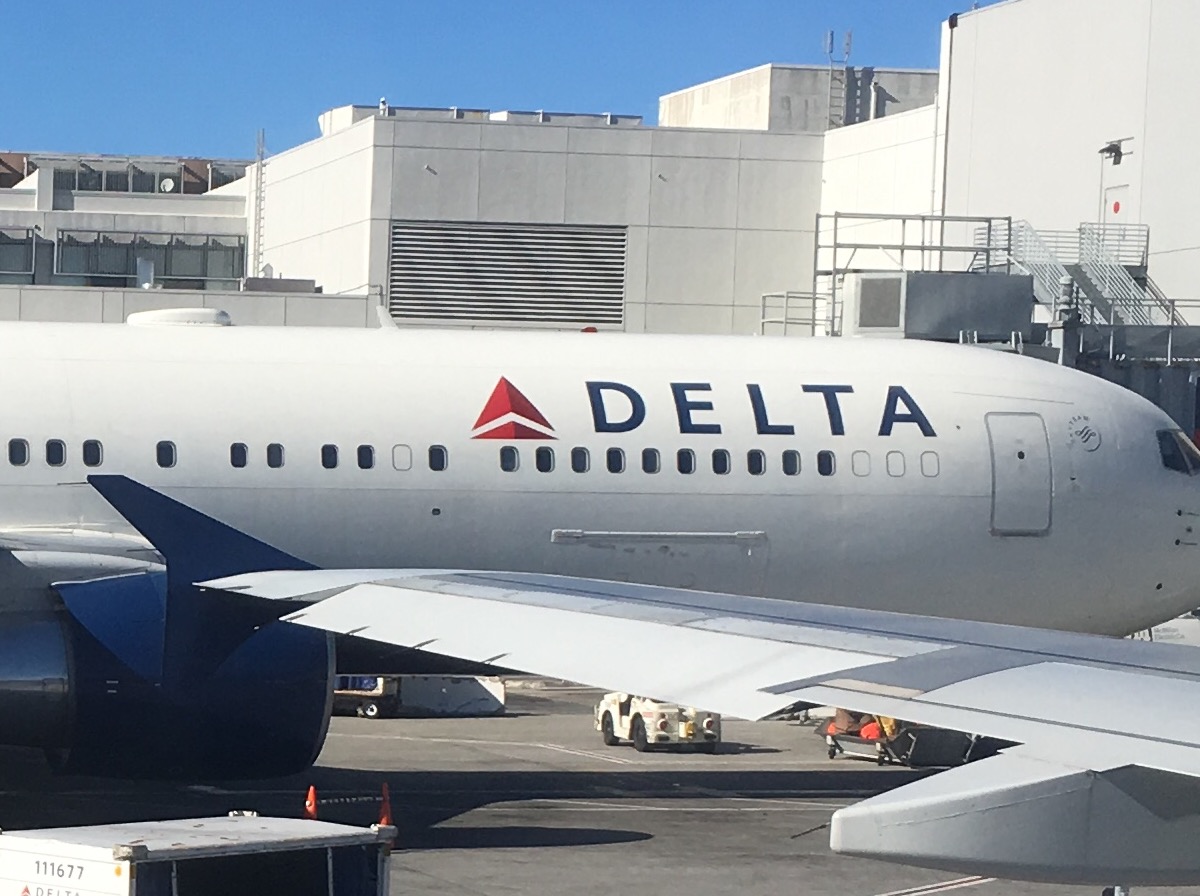 (Photo by me, released to public domain)

How much does that big antenna drag? Why not either smooth it out forward and aft or build it into the body of the plane?

Any kind of antenna like that is creating an increase in the flat plate area of the aircraft and thus increasing the parasite drag on the airplane. Fortunately newer antenna designs, such as the KU/KA band satellite internet systems can be arranged in a manner which greatly reduces the frontal area of the antenna.

The ideal solution, which will inevitably come about on future airliners as these systems increase in popularity with the travelling public, is the creation of an integral compartment on the dorsal side of the fuselage aft of the rear pressure bulkhead and fitted with a dielectric which is flush with the aerodynamic envelope, thereby eliminating parasite and interference drag as well as affecting airflow over the vertical fin. However for earlier aircraft or those currently in service, this is not going to be possible for several reasons.

First, an installation like that would require major modifications to aircraft structure and pressure vessel of the fuselage and cost big, big bucks in order to get an STC or approval from the airline's engineering department. Current designs are arranged to as they are to be minimally invasive; all that's required for a typical installation is the attachment of a series of brackets and longerons to the cabin frames which can then be attached to brackets outside of the aerodynamic envelope with a minimum series of fasteners penetrating the fuselage. This arrangement is preferred by the airlines as their engineering departments and the FAA or other regulatory authority can sign off on the installs without requiring the OEM's involvement.

As for the economics of these systems, even if you did have an increase in fuel burn by 0.1% you could easily compensate for the loss if installed on a large enough aircraft. Let's assume on a 747-400 flight from LAX to Narita Intl in Tokyo, you will typically burn about 290,000 lbs or about 44,000 gal of JET-A. A 0.1% increase results in a mere 44 gal difference in fuel consumption at about $220.00 if you price the fuel at 5 USD/gal. For a long haul fight like that, lets say that 25% of the passengers use this service at a cost of 44.00 USD each. With a typ. 747 seating of 440 people, that's 100 passengers buying WiFi service totaling 4,400 USD in income for the carrier. It's well worth it for them!

Anything new attached to the outside of the airplane will change the aerodynamics and efficiency in someway; that is unavoidable.

The only question is if it will disrupt the airflow in a way that has a significant negative impact on the plane.

You'll recognize that the antenna is installed very close to the CG, so the new air resistance has virtually no pitching moment.

It is far from any control surface, so those all work the same.

The increased air resistance affects fuel economy a very tiny amount, but paying customers have enough preference for in-flight WiFi that its worth it.

Not the answer you're looking for? Browse other questions tagged aerodynamics airliner aircraft-systems or ask your own question.

0
How the antenna on the B737 Max fuselage doesn't disrupt the airflow?

35
How does WiFi work on an aircraft?
6
How does compressibility affect the critical angle of attack?
5
Does uncoordinated control affect stall speed?
9
Does cargo balance affect fuel efficiency in commercial aviation?
3
Does rolling or yawing affect the angle of attack?
2
How does the “pendulum effect” affect biplanes?
1
How does aspect ratio affect the stalling angle of the wing?
13
Can the plane Celera 500L be eight times more fuel efficient than a jet of similar size and capacity?
0
How do anhedral and dihedral affect the efficiency of a wing?