Why does the CF-100 autopilot have a toggle switch labeled 'ATTACK'?

I took this photograph of the autopilot controls inside the cockpit of a CF-100. There are a bunch of switches for the autopilot. Why does one have a label of "ATTACK" and what did turning it on/off do? 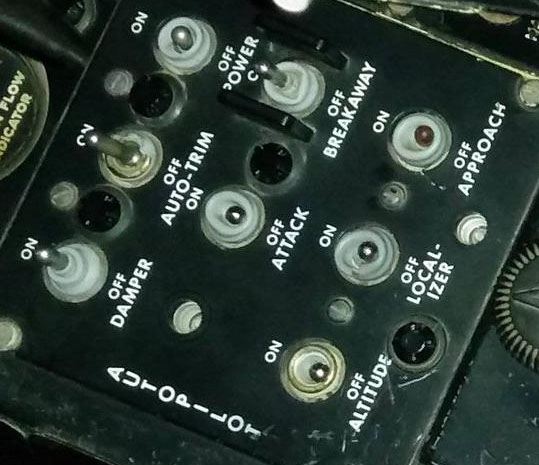 The [Avro Canada CF-100] Mk 4 had collision-course fire control, the new interception method in which the radar and autopilot interlinked to steer the aircraft automatically to launch the rockets in a salvo to pass through a "box" of sky at the same time as the hostile aircraft. It freed interceptors from the need to attack from behind, and in a side on interception gave a much better reflective target for the radar.

By coupling the radar to the autopilot, the autopilot would steer the aircraft for a firing solution toward where the [unguided] rockets would meet the target (the CF-100 was armed with Mighty Mouse).

Come to think of it, it's the airborne version of a Torpedo Data Computer.

The [F4D Skyray]'s search radar would be used to locate an incoming bomber after initial vectors. The fire-control system would then direct the pilot on a collision course until it determined that the moment had come to fire a salvo of unguided 2.75-inch folding fin rockets. The pilot would then be free to break away. The collision course and rockets were necessary because there was not enough time to position the fighter for a classic attack with guns.

A similar system was also used on the Douglas F4D Skyray, but it seems it was guidance only, i.e., no steering.

The Skyray text above hints as to why the CF-100 would also have a BREAKAWAY toggle switch.

Not the answer you're looking for? Browse other questions tagged military autopilot avro-cf-100 or ask your own question.