How is the correct air speed for fuel combustion obtained at the inlet of the combustor? [duplicate]

Many jet aircraft travel at speed of about Mach .8 which at an altitude of 11 km represents an airspeed of about 300 kt or 150 m/s.

How engineers are able to slow air without decompressing it?

In general, aircraft jet engines have diffuser section(s), that reduce the velocity of the incoming air before it enters the combustion chamber. 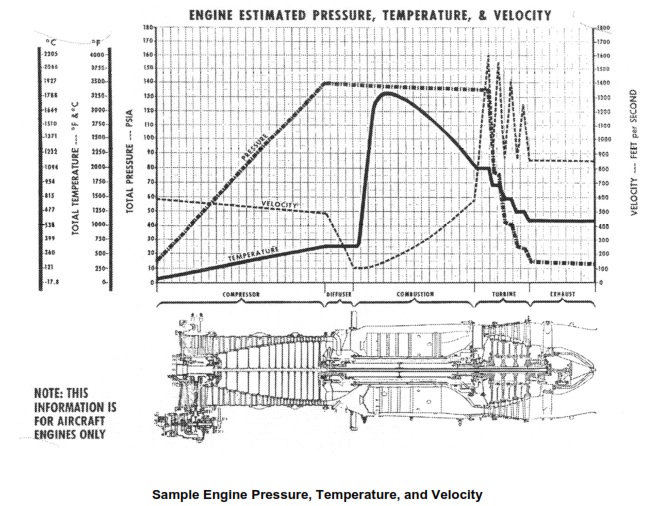 In some cases, the the diffusers are before compressors or in the stages itself- but the end effect is reduction in velocity. Even in this reduced speed, combustion is not feasible as the the speed of burning kerosene at normal fuel-air ratios still lower; hence any fuel lit even in the pre- diffused air stream also would be blown away. 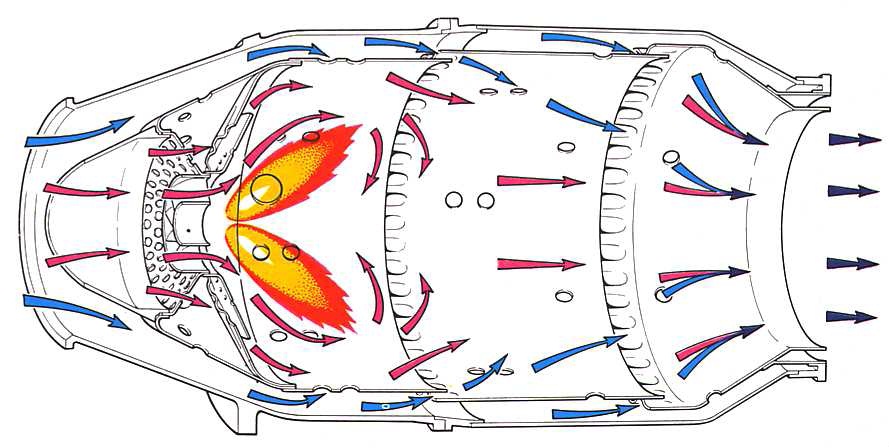 Basically, the airflow entering the chamber is divided into multiple parts, which enter the chamber at different times and places, so that the overall airflow has low axial velocity, while promoting recirculation. From Combustion process:

Approximately 20 per cent of the air mass flow is taken in by the snout or entry section. Immediately downstream of the snout are swirl vanes and a perforated flare, through which air passes into the primary combustion zone. The swirling air induces a flow upstream of the centre of the flame tube and promotes the desired recirculation. ...

Through the wall of the flame tube body, adjacent to the combustion zone, are a selected number of secondary holes through which a further 20 per cent of the main flow of air passes into the primary zone. The air from the swirl vanes and that from the secondary air holes interacts and creates a region of low velocity recirculation. This takes the form of a toroidal vortex, similar to a smoke ring, which has the effect of stabilizing and anchoring the flame.

By SidewinderX (Own work) [CC BY-SA 3.0 or GFDL], via Wikimedia Commons

The swirler is a part of the combustor that the primary air flows through as it enters the combustion zone. Its role is to generate turbulence in the flow to rapidly mix the air with fuel.

1 While atomize has several definitions, in this context it means to form a fine spray. It is not meant to imply that the fuel is being broken down to its atomic components.

So, mainly these two components ensure that the fuel is thoroughly mixed with the air for the combustion without losing fuel to the downstream.

How engineers are able to slow air without decompressing it

Flow speed is energy, so slowing down the flow will increase its pressure.

At subsonic speeds the first part happens already ahead of the intake when the airplane approaches. This pre-compression is very efficient because it happens in the free stream, and the engineers design the intake such that it will only swallow part of the air flowing towards it at cruise speed. Within the intake the flow decelerates further such that it will enter the first compressor stage at a flow speed of Mach 0.4 to 0.5. Typically, 98% of the flow's kinetic energy can be converted into pressure this way.

In the compressor section, air from the intake is forced to rush into a convergent annular tunnel to compress it. Intuitively, this design won't slow air, or not slow it enough.

Within the compressor the density of the compressed air rises together with the pressure. Therefore, the converging geometry within the compressor does not accelerate the flow - it is actually slowed down further - and only follows the changing volume. The density and volume ratio at isentropic compression are proportional to the pressure ratio (index 0 denoting the initial and index 1 denoting the final state) like this: $$\frac{p_1}{p_0} = \left(\frac{\rho_1}{\rho_0}\right)^\kappa = \left(\frac{V_0}{V_1}\right)^\kappa$$ with $\kappa$ being the ratio of specific heats (approximately 1.4 for air). The 8.3 compression ratio of the J-85 in your picture will compress the air to 22% of its initial volume.

The final step in the deceleration of the flow happens in the cross section leading from the compressor to the combustion chamber, which is called the diffusor. Here the cross section carefully widens to slow down the airflow without separation. Around the fuel injectors you will find the lowest gas speed in the whole engine. Please see this answer and this answer for more details - I am told not to copy relevant parts of older answers into new answers.