How is a wing joined to the fuselage?

I've seen this video from Airbus:

This is a capture from that video: 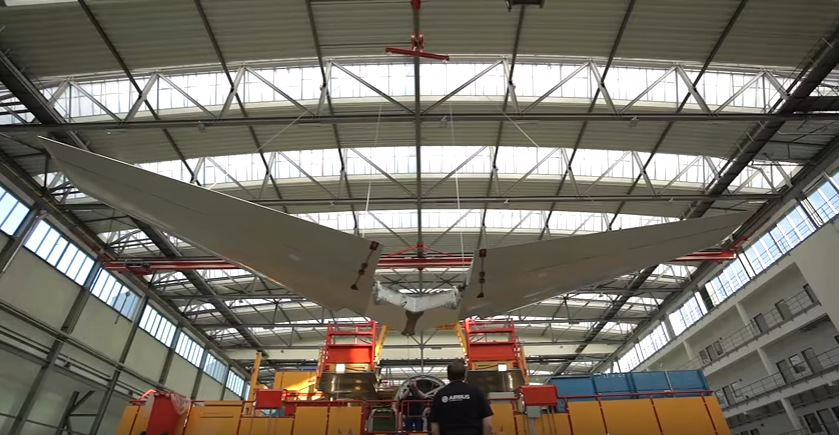 What is the process for attaching the wings to the fuselage?

You marked in the comments that you are interested in the process of attaching. Therefore I'd like to provide you some more information. I have done some sketches numbered I) to III) for the Wing Root and another sketch for the horizontal stabilizer installation.

Generally, there are many ways to connect a wing to the fuselage. The most common ones in large commercial aircraft or military jets are:

This is exactly what you can see in the video. You will find these joints in many large civil aircraft because they are lightweight and inherently fail-safe (because it is a continuous joint, a single fastener failure is not catastrophic). However, they are a bit more complicated in manufacturing leading to higher costs. Furthermore, it might be not feasible for very thin wings (e.g. wings of super-sonic aircraft). 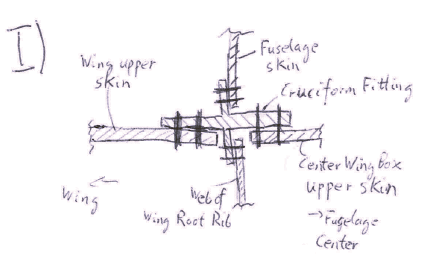 Sketch I) shows a section cut along the so-called cruciform fitting which you see in the video. The wing starts left of the root rib, the fuselage (and center wing box) is right of it. The bolts are placed continuously along the joint and they are loaded in shear. Shear loading is generally a good way of loading for the fasteners, leading to a lighter design.

How is it manufactured? Normally the Fuselage and the Center Wing Box are already build together and the wing arrives separately. In the assembly line, the wing will be moved close to the fuselage so that the wing skin is directly underneath the cruciform fitting. However, it is important to place the wing in the right place. Then you start drilling the holes and connect the wing to the fuselage. There is a German TV show for kids that also shows scientific stuff. Once they provided a full documentary of the assembly of an A321 (Sendung mit der Maus - Flugzeugbau). You might watch this brilliant video to get a good understanding of how the wing is assembled to the fuselage (even worth it if you do not understand a single word of German):

Now you will be able to see what I mean by more complicated manufacturing and why it is complicated to use this concept for very thin wings. 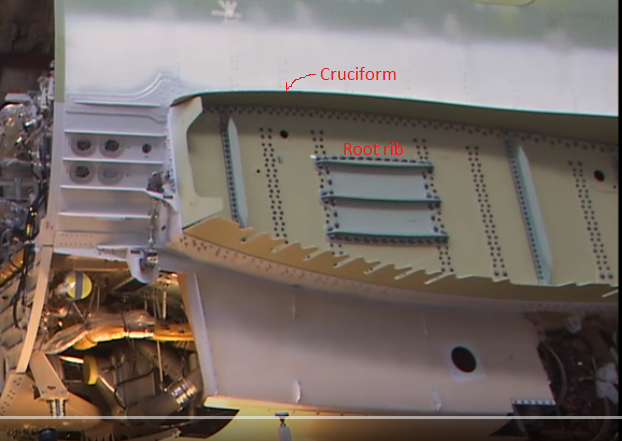 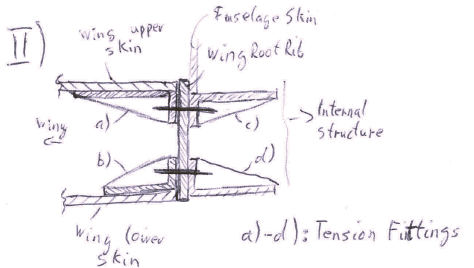 I tried to show it in sketch II). You see that both - wing (a) to (b) and fuselage (c) to (d) - have so called tension bolt fittings. Those are relatively strong fittings designed to transfer the wing bending moment in the form of tension loads over big bolts from the wing to the fuselage. You will also have multiple or continuous tension bolts along the joint. You can also see that this assembly is better suited for thin wings and therefore is used for many fighter aircraft or the Concorde. As stated above, it is better to load the bolts in shear... but here you load them with tension loads. This makes not only the bolts, but also the surrounding structure heavier. 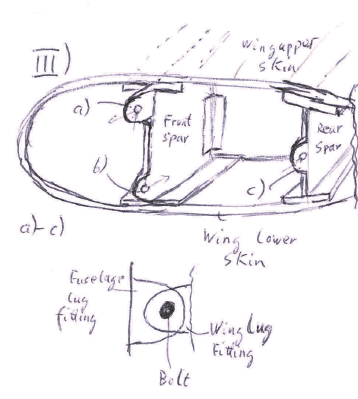 You have several fittings with lugs on the wing and the fuselage that are connected with bolts. Normally these lugs are located at the wing spars. Having only few lugs and special areas means that all your load path is concentrated towards these points. This leads to heavy reinforcements around the lugs. Furthermore you need to implement additional design features to make them fail safe.

However it is "easy" (compared to the other concepts) to attach them to the fuselage and to take them off again. Therefore you might find them in aircraft that you need to transport (military fighter jets, drones, gliders, ...). 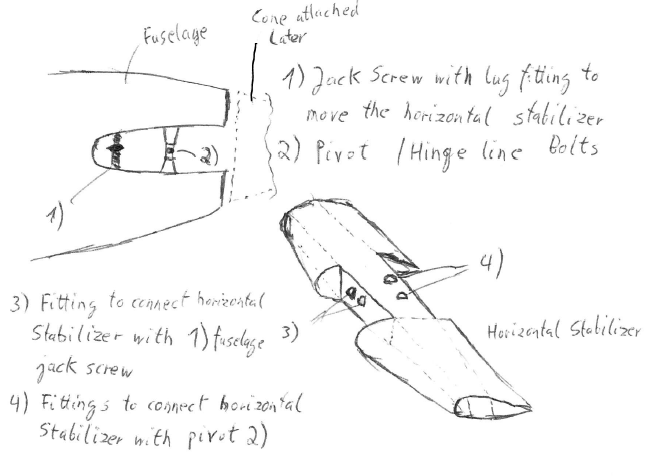 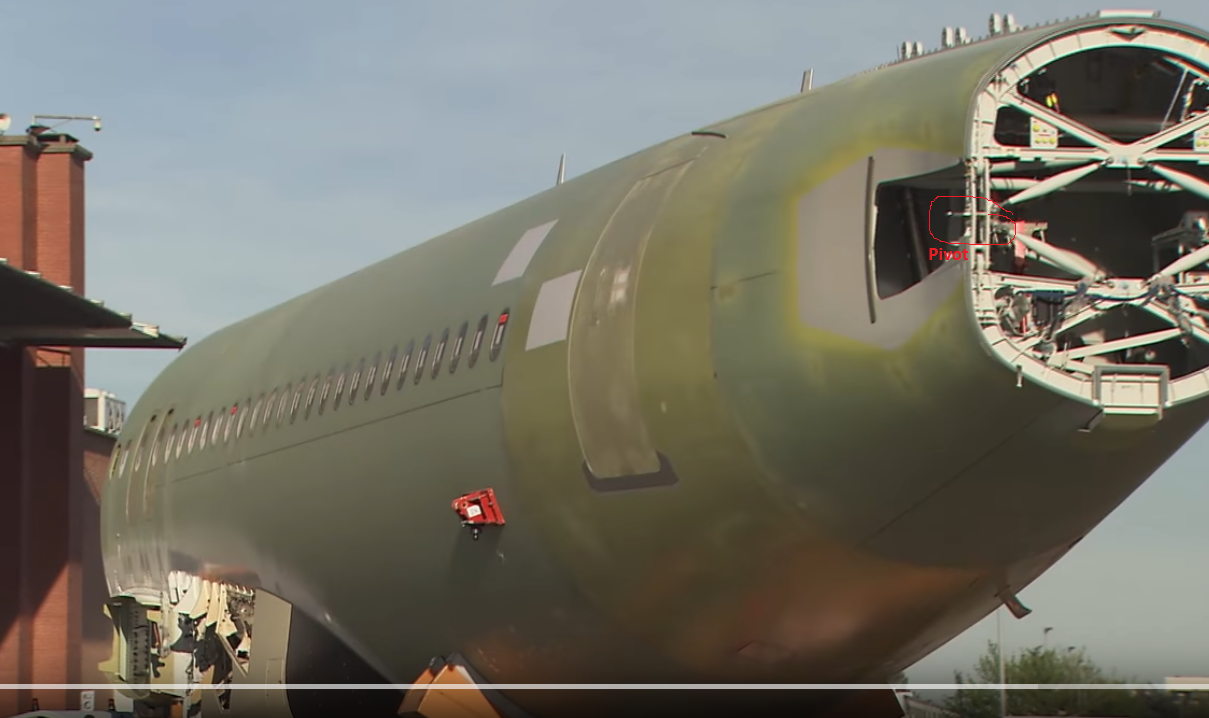 I hope that answers your question :-)

On lighter aircraft, the wings are sometimes designed to be detachable for ease of transport: 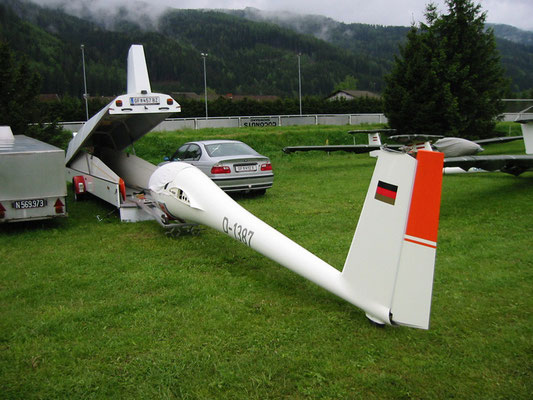 To achieve this, the wing spar has a stump at the inboard edge that is inserted into a hole in the either the fuselage or the next inner wing section.

Once inserted, they are locked to the fuselage (and often to the wing on the other side) using large metal pins. You will also often see pins at the leading and trailing edges, which are there to counter the aerodynamic torque on the wing: due to the way physics work, it is easier to counter torque with a small pin at a distance from the main spar than make the spar large enough to carry it by itself. 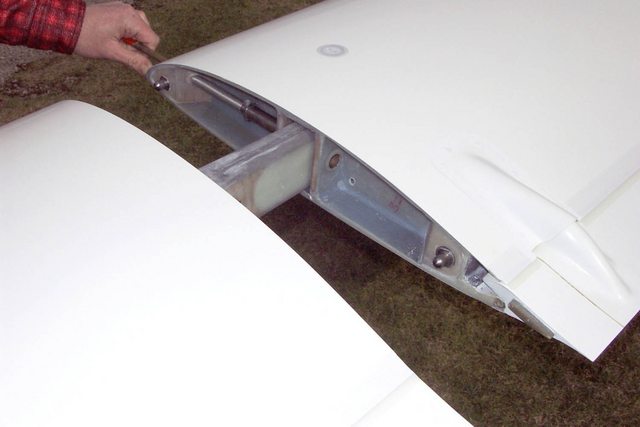 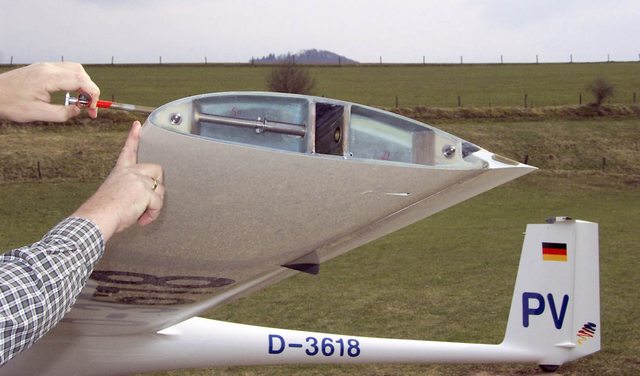 I’m a retired FAA licensed A&P mechanic. The wings on the B727 are held on, in part by so called “bottle pins” if memories serves there are two on each wing roughly the dimensions of old fashioned glass quart milk bottles. I’m only “assuming” there are similarities to how the B737max wings are also held in place. Again I’m assuming that the “pickle fork” structures are an adjunct to another center box fitting such as the B727 bottle pins. Any more current info would be interesting.

0
Wing fuselage joint in small aeroplanes
5
Can a mid wing airplane have no wing spar running through the fuselage?

18
How strong is the A380 fuselage-wing joint?
5
Why is the wing of large commercial jet aircraft usually located below the fuselage?
6
Why would a passenger airliner be missing windows in the fuselage?
13
What are these lines on the fuselage of a 747?
8
What is the name for the Mitsubishi A6M Zero's one-piece wing/fuselage?
7
Why do Airbus aircraft typically have less wing flex than Boeing aircraft?
4
How is an Airbus A380 fuselage joined and fastened together?
16
What is the reason for setting flaps 1 on the ground at high temperatures?
2
How can I modify a fuselage to increase the payload?