What is the difference between Boeing 777 aircraft engines and Apollo rocket engines?

What is the difference between Boeing 777 aircraft engines & Apollo rocket engines.

Do these two types of engine work the same way?

There are two main differences.

A rocket engine does not need an external source of oxygen for combustion and has only one opening - the exhaust. It gets oxygen from its own fuel supply, typically using liquid oxygen or from another oxidiser.

A jet engine, such as those used on 777s, needs to draw in external air to get oxygen for its combustion and has two openings, the exhaust and the inlet for air.

Both use combustion of fuel to push hot expanding gases from the exhaust and Newtons 3rd law tells us that an opposite and equal reaction to the exhaust of these gases is thrust, propelling the engine forward.

Note. Some rocket engines, such as cold gas reaction engines, do not use combustion but the ones most people think of as "rocket engines" do.

Here is a diagram of the F1 engine used on the Apollo Saturn V launchers. 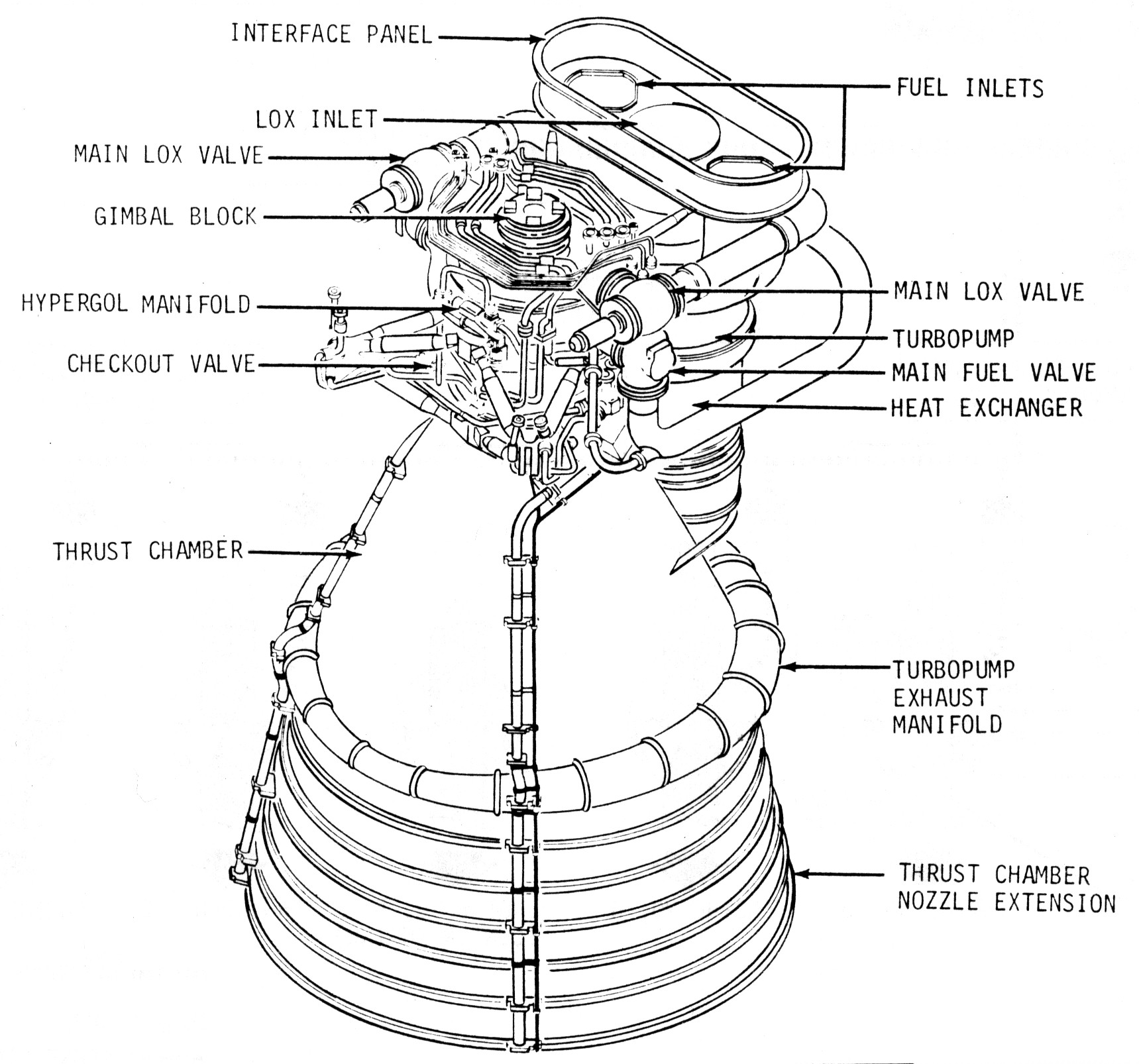 Here is a diagram of a typical jet engine, the Rolls Royce Trent. 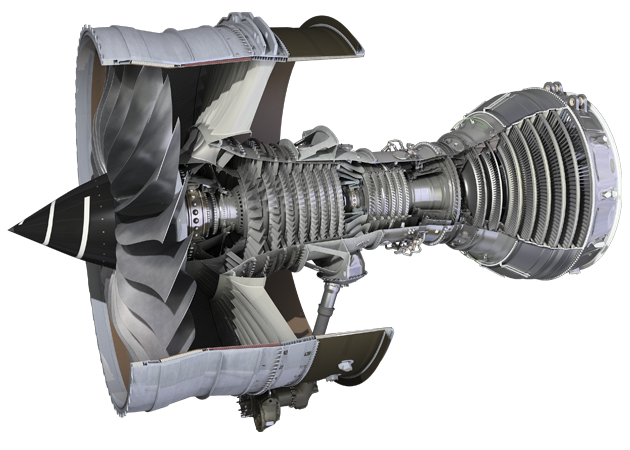 Sort of, but the comparison should be made with a turbojet (e.g. first Boeing aircraft, or military Bell X-14) rather than a turbofan.

A notable difference is that rocket engines of this time were designed to be started only a few times, and for the first stage only once (the upper stage used for orbital maneuvers can be started a few times).

A rocket engine must eject gases at very large velocity to accelerate the payload up to 7 km/s, while a B777 travels at less than the speed of sound (0.3 km/s). This also creates a difference in the design and working at Mach 8 rather than Mach 0.8 is much more complex.

Saturn V used for Apollo missions had 3 stages, the first stage using rocket fuel and the other using liquid hydrogen as fuel. Let's look at the second stage engine. the J-2 worked with liquid hydrogen being oxidized with liquid oxygen, the result giving water and heat. Both propellants were drawn from cryogenic (low temperature) tanks and were hugely pressurized by turbo-pumps (8,450 kPa/1,225 psi)t rotating at 8,600 rpm. 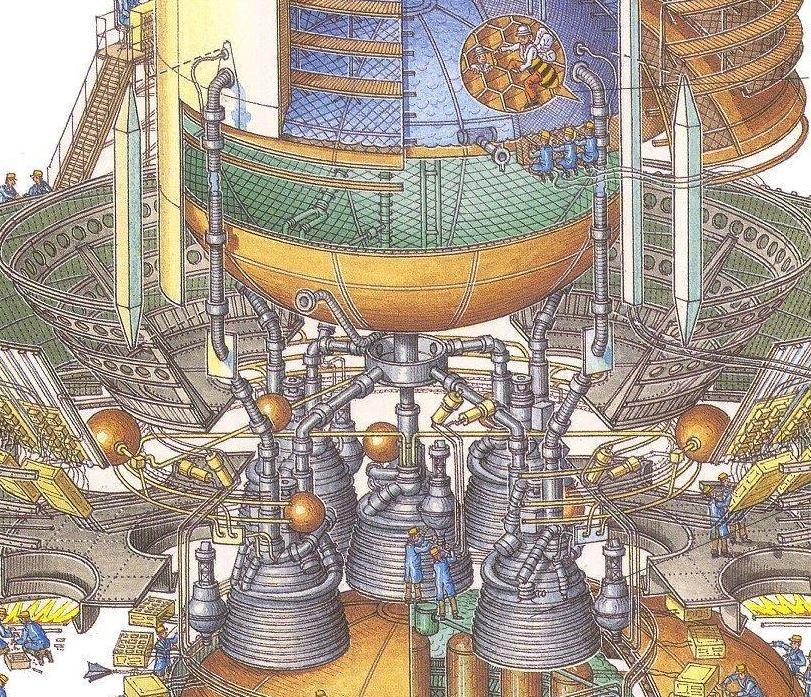 Hot burnt gases were ejected like in an aircraft turbojet to produce thrust, albeit the ejection nozzle looked more like an enormous bell than a standard turbojet nozzle. 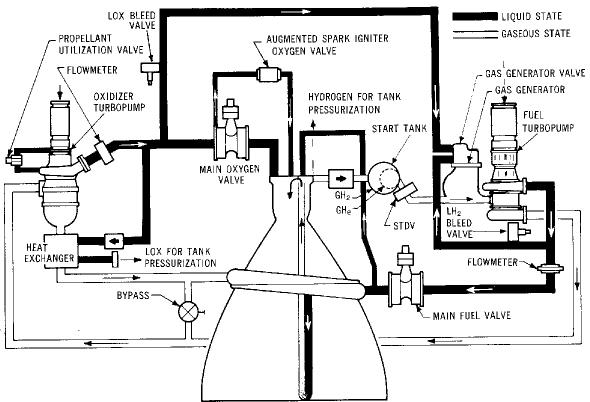 There was no cold flow like in the B777 turbofan, air was not in sufficient quantity and no fan would have worked. 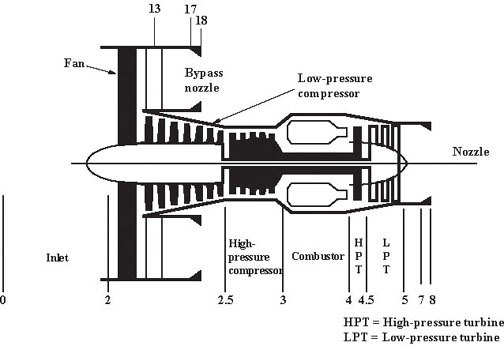 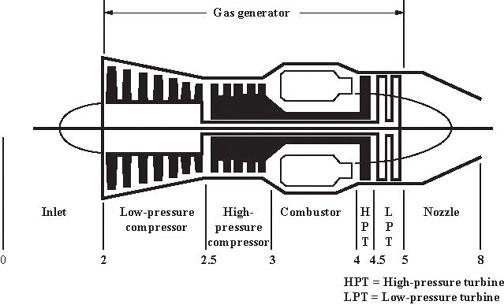 In rocket engines, the thrust is generated by the fuel particles - there is only combustion chamber and nozzle.

In jet engines (turbofan), the thrust is generated mainly by air flowing through fan never reaching the combustion chamber.

Not the answer you're looking for? Browse other questions tagged boeing-777 or ask your own question.

10
Can the safety of the Boeing 777 be extended to other models?
15
What does the Boeing 777 autopilot do after reaching the last programmed waypoint?
4
In a 777, what would happen if the auto-pilot and the altitude hold failed at the same time?
7
What is the difference between Boeing 777-31H and Boeing 777-31H(ER)?
26
What is the purpose of the small fins on top of the wing surface of Boeing aircraft?
3
What are the “high performance characteristics” of a Boeing 777?
8
What does “share a type rating” mean?
3
Why didn't Boeing make the Sky Interior for the Boeing 777?
14
Why does the Boeing 777X have a flight deck similar to the 787 and not to the previous 777?
7
Why was the A340 developed with four engines?