Why does this chart seem to show airports with magnetic variation up to 90 degrees?

I am trying to understand some plots of the earth's magnetic variation (declination) by trying to correlate what I see in a figure like the one below with the variation reported for some airports. I'm particularly interested in those locations where the figure seems to show an extreme variation of up to 90 degrees. But when I look up nearby airports, I don't see any variations values outside of 22 degrees.

Some locations I have checked are

Am I misreading the figure? What are some airports with very large magnetic variations? I'd like to compare them with this figure and try to understand what I am missing. 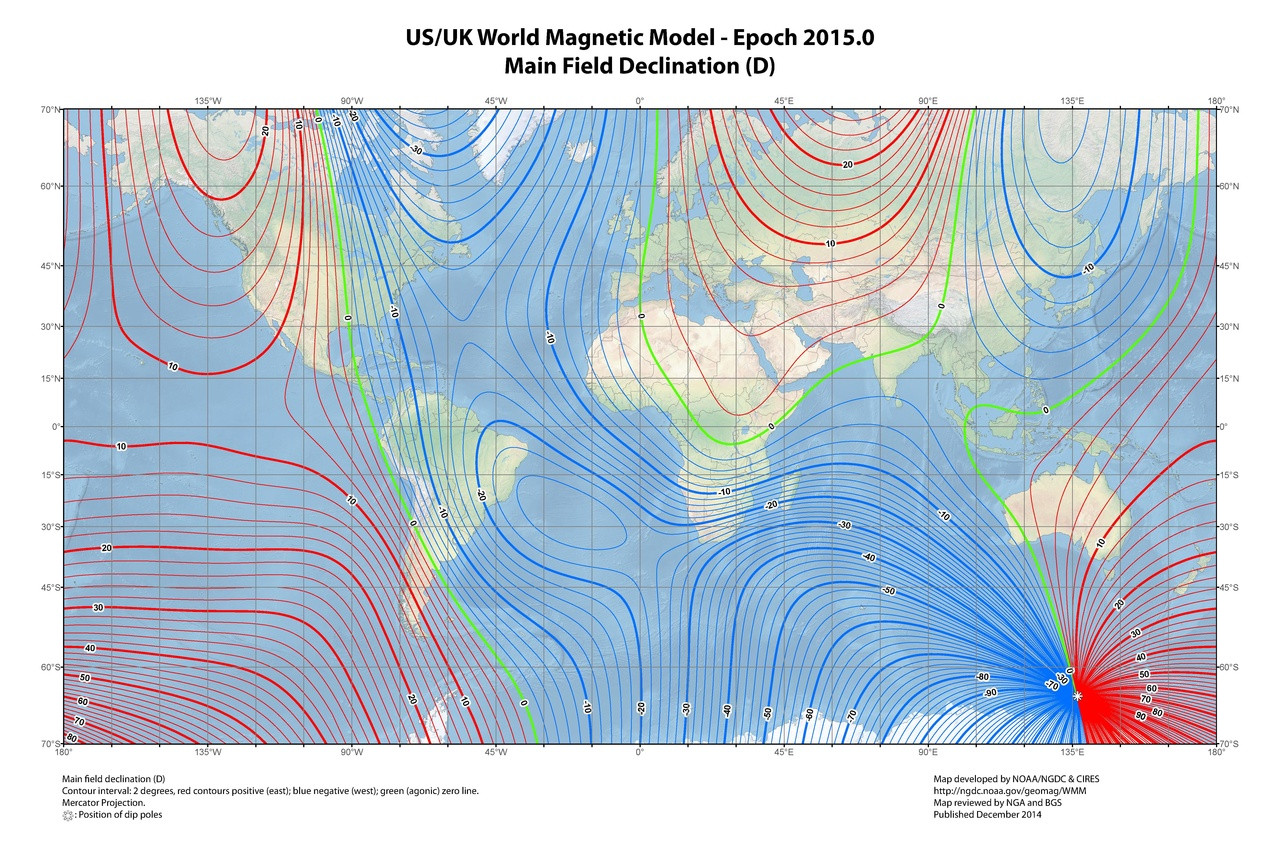 How do you think "the figure seems to show an extreme variation of up to 90 degrees"?

I don't think you're understanding that diagram correctly.

There is nothing close to a variation of 90° anywhere that is populated.

The angle of the curve has nothing to do with how strong the variation is. All points on a single curve share the same variation. If you find a 10° variation on a curve, and trace that curve a thousand miles away, that point will also have a 10° variation.

Look at about Washington DC, with -10° variation. Follow that curve all the way down to the middle of South America. That point also has -10° variation.

Look near Denver, CO, where it is +10°. Follow that curve out to near eastern Hawaii. The curve there is almost due East-and-West, but that doesn't matter. That area also has +10° variation, because it is on the same curve.

All of this information is in the legend at the bottom of the map.

The more extreme deviations occur close to the magnetic poles which are, in global terms, close to the geographic poles, and there aren't many airports in those regions.

I live in Wellington, New Zealand. Take a look at the southern magnetic pole and find the nearest contour line that runs through the lower North Island - it's 22deg East, which is what I set my compass to.

Now look below that on the map to find the 90deg contour. It loops around mostly within the confines of Antarctica.

That close to the magnetic pole strange things happen. At McMurdo Station the declination is 144deg (not sure whether that's East or West but it doesn't matter for this). Before adjustment their compasses actually point South!

The lines in your plot indicate paths along which the magnetic deviation is constant.

If one plots the direction of north as displayed by a magnetic compass, one gets the blue arrows in the following image: 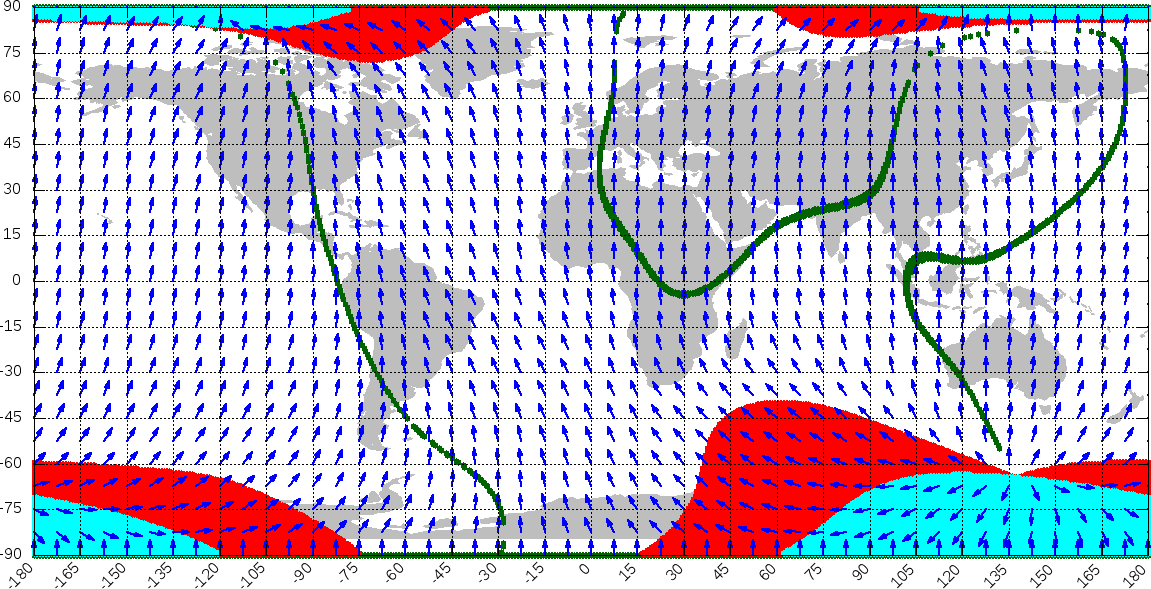 I've also marked the regions where the direction of magnetic north deviates less than +/-0.1° from the geographic north in green, and you can clearly see the similarity to the green lines in your plot.

If you are looking for larger airports with large deviations, check for example Greenland, Canada, South Africa and New Zealand. Extreme cases could also be found on Antarctica, though they don't have so much traffic...

Just as reference: I used what I still have on disk from this answer.

In fact, magnetic variation (often called declination) can be as much as 180°. If you walk from the axial south pole towards the magnetic south pole, or from axial north to magnetic north, your compass will be backwards. 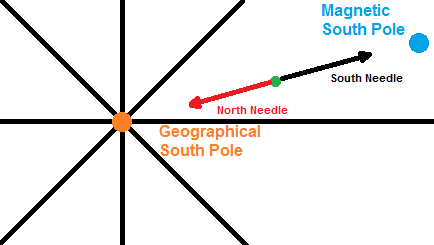 You can count the bold lines to confirm this on your diagram.

Not the answer you're looking for? Browse other questions tagged navigation magnetic-variation or ask your own question.