Does lateral stability decrease during transonic flight? If so, why?

I haven't got much more to explain other than the title of the question itself. This question was written down in my notes that I took while studying Principles of Flight for my EASA commercial license.

Ideally it would not. With increasing Mach number the lift curve slope of the vertical tail goes up proportional to the Prandtl-Glauert factor $\frac{1}{\sqrt{1-Ma^2}}$ while the destabilising fuselage as a slender body is mainly unaffected by Mach effects. But that is only theory which assumes a perfectly rigid body.

In reality, elasticity decreases the effectivity of the vertical tail. Higher loads lead to higher deformations which in turn decrease the loads and with them the stabilising moments. What happens in detail depends on the structure: A light aircraft will experience decreasing directional stability as dynamic pressure increases. 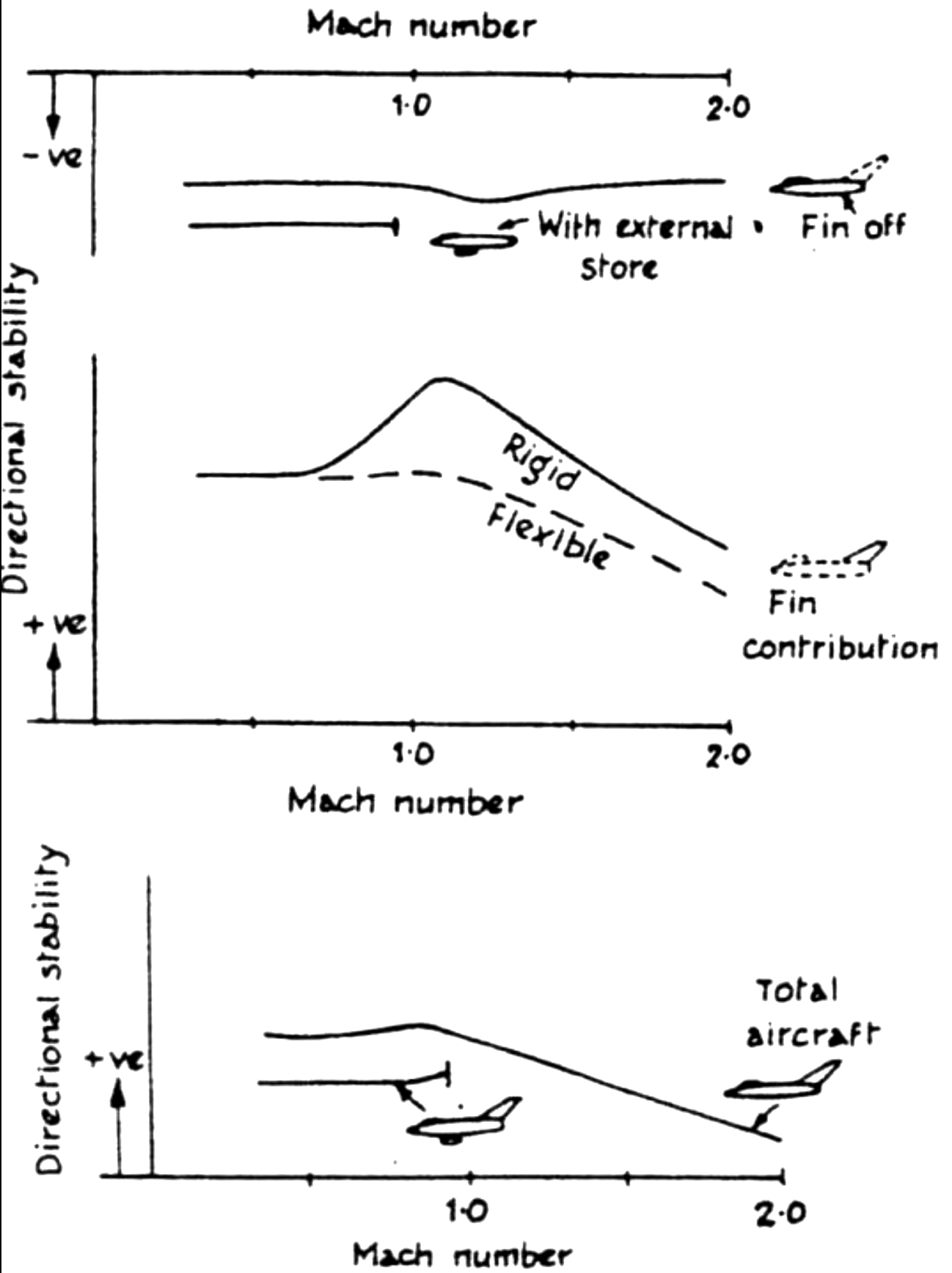 It depends- there are two things in play here and the net effect would be dependent on their interaction.

However, lateral stability would degrade if the lift distribution over the wing is affected by shock wave formation. The net effect would depend on the magnitude of these things. 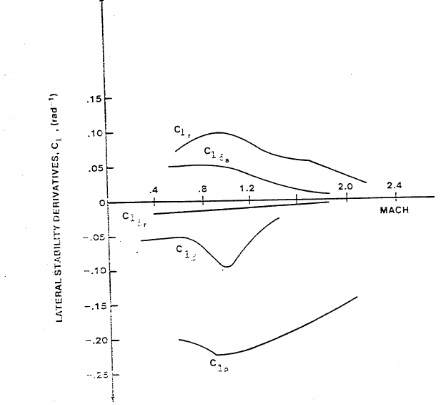 It can be seen that the $C_{l_{\beta}}$ decreases in transonic regime, which improves lateral stability. However, at these speeds, aeroelastic considerations become important, leading to effects like aileron reversal and reduction in lateral control effectiveness due to flow separation as a result of shock formation.

Not the answer you're looking for? Browse other questions tagged supersonic stability or ask your own question.

13
What is the method to calculate a finite wing's lift from its sectional airfoil shape?
5
Is there a formula to calculate how big a ventral fin should be?
3
will a Sears-Haack body straighten itself out if “launched” sideways?

12
How do the Airbus Beluga's wing/control surfaces deal with its high center of gravity?
36
Why do aircraft need a vertical tailfin, but birds don't? (and lots of fish do?)
12
Is the differential between the forward and aft CG limits indicative of the overall stability of an airplane?
3
What is this transport aircraft, and why does it sometimes cary an air data boom when the Soviet Buran Space Shuttle is on top of it?
1
How does engine geometry affect flight stability?
4
Could the Olympus 593 have been windmill-restarted during supersonic flight?
12
Why does directional stability decrease at supersonic speeds?
2
Does dihedral improve roll stability in gusty conditions?
3
How is it an advantage for the L1011 to not right itself?