Why aren't Rogallo wings or parafoils used in aircraft with fuselages?

I was wondering why no aircraft with a cockpit and fuselage use Rogallo wings or parafoils. I'm guessing they would have the advantage of low weight, collapsibility (storage), and low cost.

How much fuel could you store in the Rogallo wings if you need some? 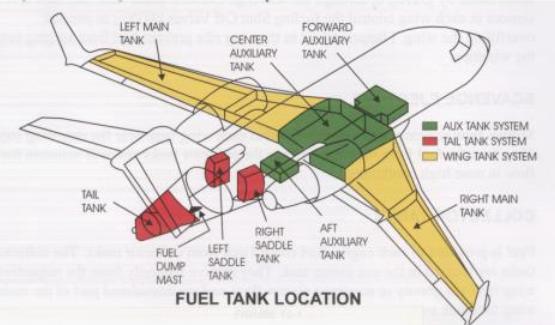 The wings provide lift, but not only. In large aircraft they usually receive thrust from the engines, in order to transfer it to the fuselage, they are also fitted with hyper-sustentation devices and aerobrakes. And finally they can transmit a good part of the aircraft weight to the outer landing gears when the aircraft is on the ground. 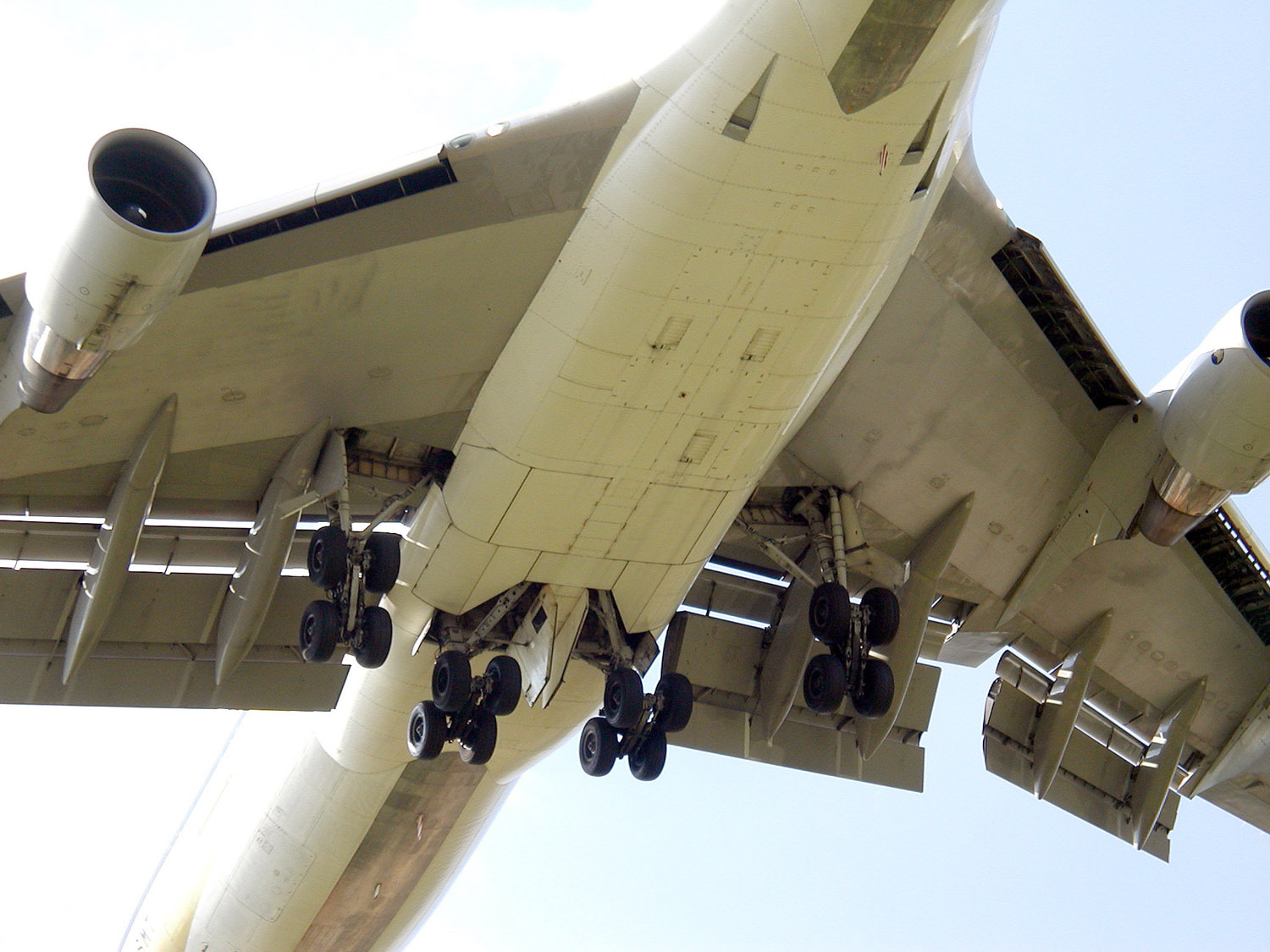 The latter functions are not compatible with a flexible structure. Only metallic or composite wings are used. They can be adjusted for an accurate envelope with optimized performances.

The structure can be stiffened, this is commonly done, and leads to the concept of wood and canvas, as the DR-400 and many other GA training aircraft (all first aircraft were built this way): 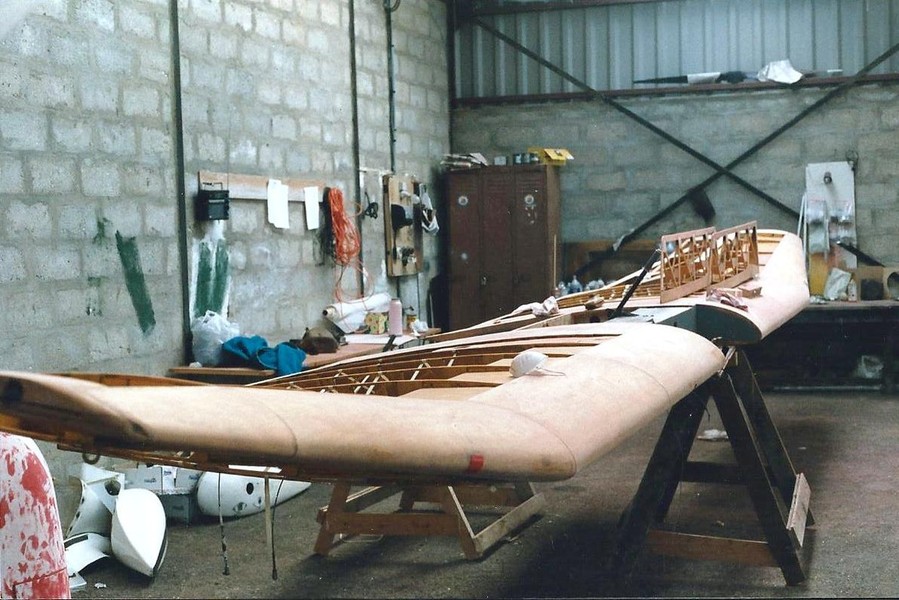 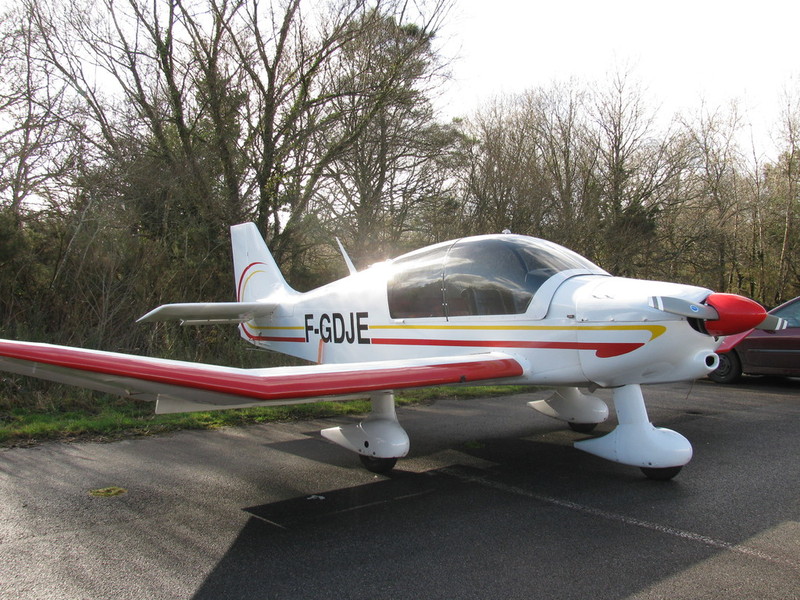 However these airframes don't scale well, and are not compatible with fast GA aircraft, leaving alone airliners speed range. Larger and faster aircraft, which anyway must protect their wing tanks, use metallic wings.

Ultralights and paragliders: Only categories with Rogallo wings

The advantages provided by flexible wings (easy storage, light weight, low cost) is a significant choice criteria for use in ultralights and paragliders, and of course for parachutes. These advantages overcome their limited aerodynamic performances, which is of lesser consideration for vehicles that are not specially aerodynamically designed. 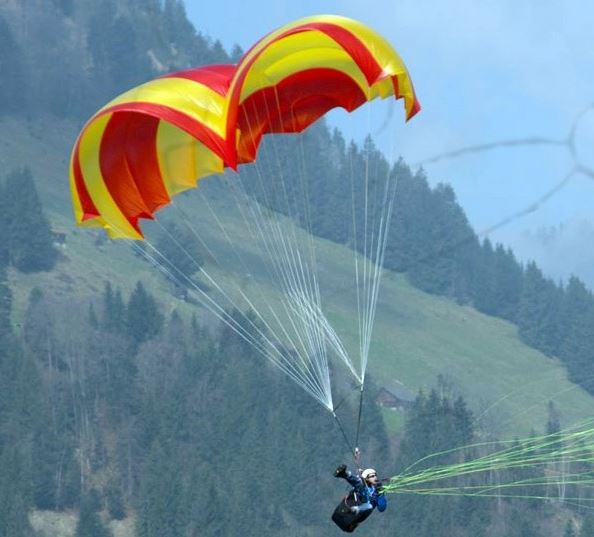 To summarize: The flexible wings are more appropriate for smaller and slower aircraft, in particular those not requiring wing tanks, wing control surfaces, or wing landing gears. Namely ultralights.

The wings in the aircraft fulfill a number of functions, which would be quite difficult and inefficient with the Rogallo wings (or parafoils, for that matter), like: 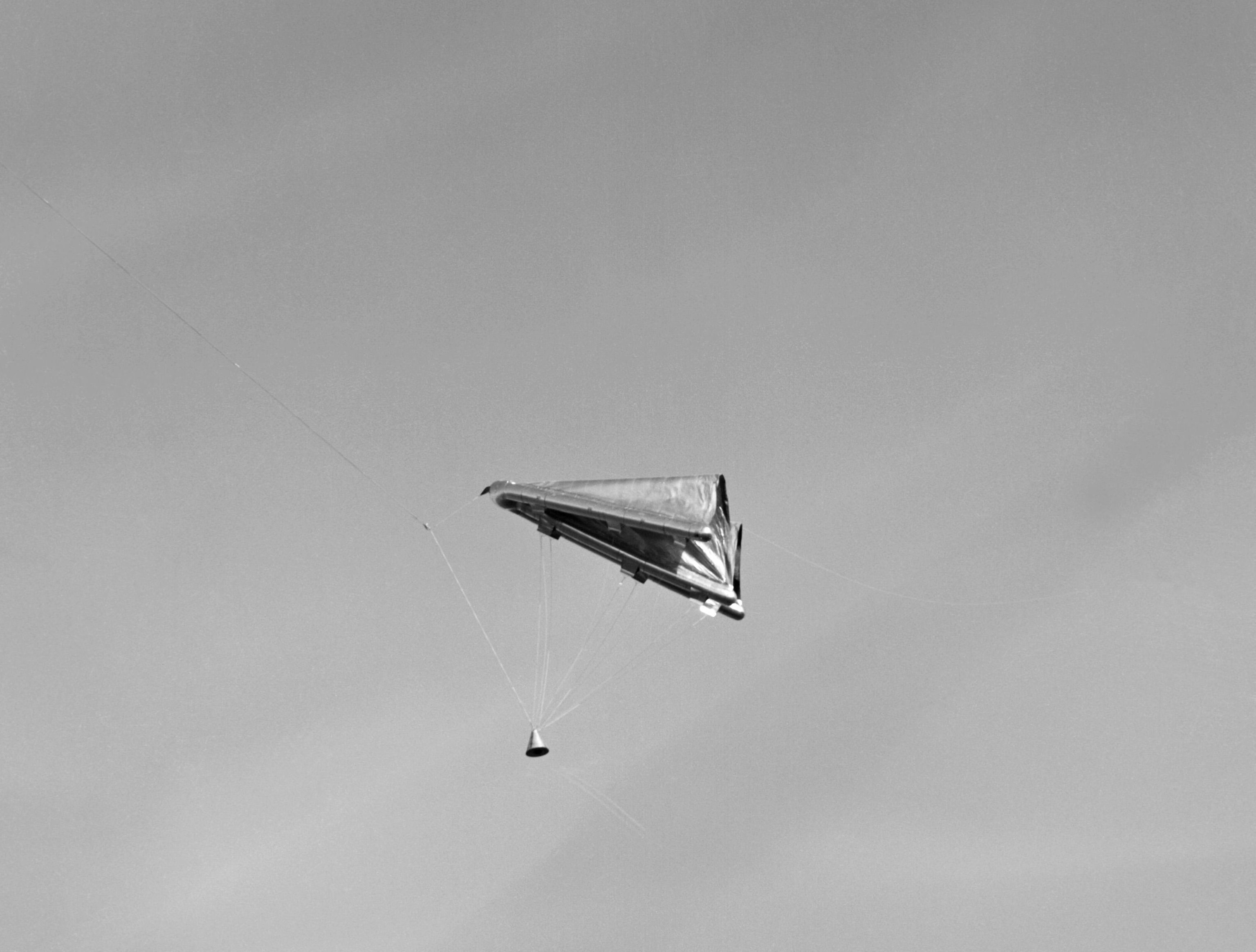 Even though most of these problems were fixed, it would have been difficult to convince regulatory authorities and paying public for their use.

It should be noted that most of the advantages of the flexible wings are precisely because of their limitations- it is collapsible for reduced storage and weigh less because it doesn't carry fuel or have control surfaces and doesn't have mountings for various things (like navigation lights etc).

It should noted that the people involved were quite conscious of the restrictions of this type of wing- For example, Francis M. Rogallo, the inventor of rogallo wing was quite cautious when he noted,

... if we could discover how to make flexible wings that could be packaged and deployed somewhat like a parachute, such wings would have many new applications as well as replacing some parachutes and rigid wings.

16
Why are swept wings better for breaking the sound barrier?
21
Why do (almost) all military transports have high wings and civilian transports low wings?
8
Can a plane with 2 sets of shorter wings fly?
6
Why is the DC10/MD11 center engine placed where it is?
3
Why aren't ceramics used in turbines?
2
Why are smaller wings in the front with these VTOL aircraft?
26
Why has the 777x been designed with folding wingtips?
4
Why are highly cambered airfoils rarely used in propellers or wings?
1
Why aren't grid fins used as wings for low speed aircraft?