How do you calculate the true bearing from a station (QTE)?

what would the radial from the station be to the true north?

*QTE: True Eminent from station — What is my true bearing from you? QTE = Reciprocal of true bearing to station.

To derive the true bearing I did the following.

I want someone with more aviation knowledge to tell me if I am wrong and if so, where is the "break" in my logic?

Reason for question: Navigation problem with an answer given, however I believe the answer to be wrong - Needed an expert opinion.

You are quite close to the answer, you just made a mistake with the sign of east compass deviation, hence underestimated the true heading by 6°. The actual angles are like this: 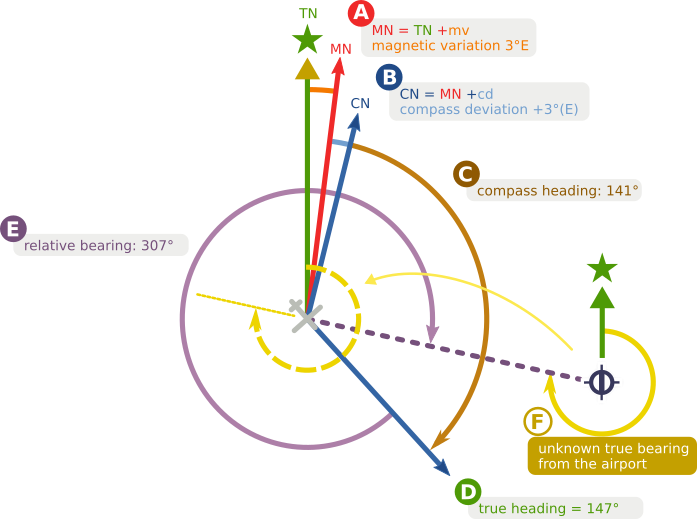 The compass deviation is given as +3° while it should be given as 3° east, like the variation. It could be misleading.

Exactly as you then developed, the unknown yellow angle is equal to:

I found this answer and think it could be explained a little different to the answer above which is perfectly correct to see the difference between compass/magnetic/true north moving inversely to true/magnetic/compass heading.

I think one part to understand this is, that headings behave different to the north positions. The best way I have found to remember calculating correct headings is, to start with true heading (TH) and continue to magnetic heading (MH) and then to compass heading (CH). Everything else can be computed from this sequence of two formulas:

or the other way round as in the the other answer:

I hope this picture visualizes all the concepts: 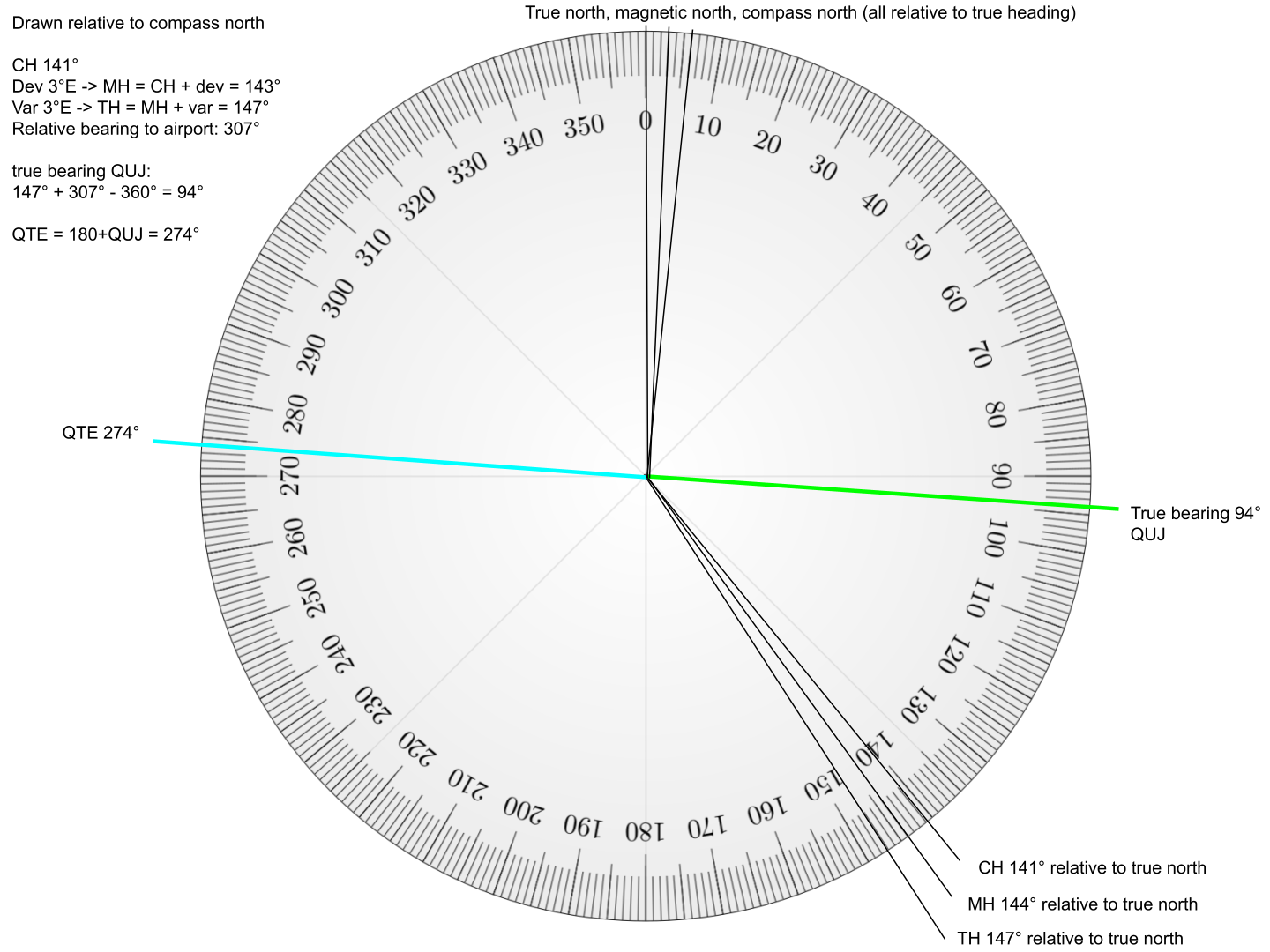 This still means, that magnetic north in this example is to the east (3°E or +3°) of true north, and compass north is to the east (3°E or +3°) of magnetic north. So if you think about it, moving the north pole further east, reduces the compass heading by the variation and deviation, but only relative to the true heading. And moving the heading towards eastern variation or deviation reduces it as well, but only relative to true north.

So overall the phrase "east is least" can be seen and understood that way.

Not the answer you're looking for? Browse other questions tagged navigation q-code or ask your own question.

13
OBI, RMI, HSI... What combination do GA aircraft w/o glass typically have?
8
How are you supposed to get the East/West variation on this question in the FAA PPL written exam?
6
How to calculate the wind variation?
0
How do I calculate the aircraft's deviation from track in this exam question?
1
How do I calculate the heading to steer in this example?
0
How can I use a magnetic declination chart to calculate true track, magnetic track and magnetic variation?
4
How do you realign a directional gyro in an area of magnetic unreliability?
4
Do large cities contain enough iron to significantly affect an aircraft's magnetic compass?