Can civilian aircraft fly through or land in restricted airspace in an emergency?

This is a super hypothetical question of mine. I was wondering if civilian pilots who happened to be faced with a severe emergency could fly through or possibly request to land in restricted airspace? Mainly I am referring to Area 51?

FAR 91.3 states that any pilot in command may deviate from any regulation or rules to the extent needed to deal with the emergency. That includes entering restricted or prohibited airspace.

In the example that you suggested, yes you could do so and land at the Groom Lake flight test facility at KXTA, provided you could reach their controllers or contact Nellis Approach Control declaring an emergency. I will say that if you do enter R-4808 N and land there, don't expect them to roll out the welcome mat. You will be immediately met by USAF Military Police who will arrest you, most likely at gunpoint, and spend several hours, if not days, there or outside the compound being extensively questioned by Air Force Security personnel, the FBI and Homeland Security. Your aircraft will be impounded and inspected, possible indefinitely, and search warrants issued for your property. If they find out that you faked an emergency to enter that compound, you are in very serious trouble and face a variety of federal charges including trespass upon a classified installation and whatever else the DoJ can throw at you.

In addition, you would need a very, very good reason to even be anywhere near Area 51, as it is in the middle of a military reservation geographically the size of the nation of Switzerland in the middle of south central Nevada. There are no published routes over the airspace and all commercial and civilian traffic is kept far, far away. Details about the airfield are not published on government aeronautical charts or regional A/FDs. See the VFR sectionals and enroute charts below. 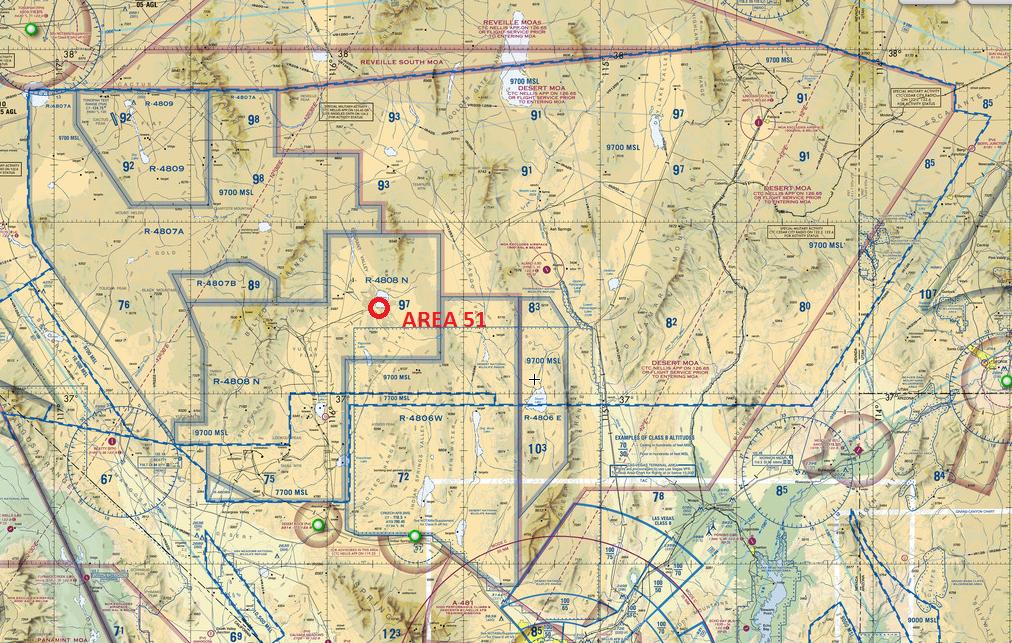 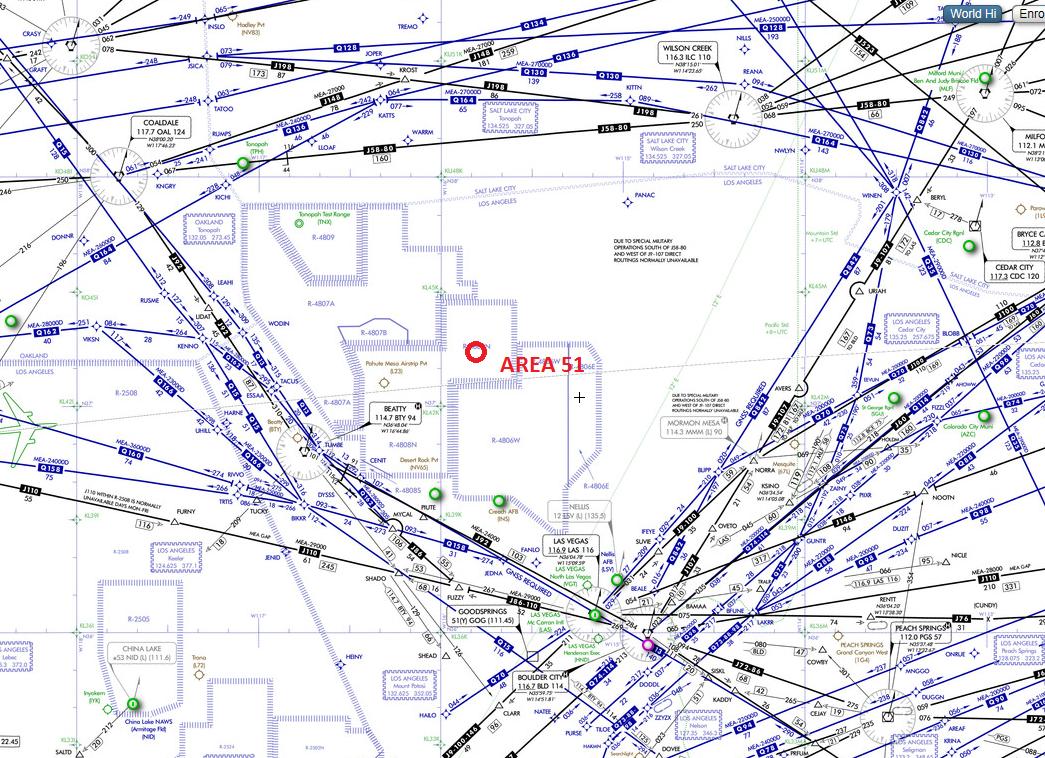 While Area 51 is a pretty extreme example, people have had emergencies and landed in military or other restricted facilities. The usual response from the authorities is to detain and question you to determine what happened and inspect the aircraft to verify your story. If it's a legitimate emergency, no harm is done and they will release you and the aircraft; the NTSB will file and incident report and that's it.

Being an air traffic controller I know this situation is not as simple as that.

Given emergency category pilot can decide to use restricted area or land a military runway. But in the mean time pilot needs to inform ATCo's so they can coordinate with civil and military aviation authorities to keep flight from scramble jets, locked in air defense etc.

If pilot cannot communicate with ATCo (so he/she will need to squawk 7700) ATCo should guess what pilot is going to do and inform authorities.

Given situations above yes, an emergency plane can fly through restiricted areas etc. But if there is any other way out pilot shouldn't choose to use restricted area like Area 51. If it comes out he/she had other options but still used Area 51, that will be a big headache for the pilot. (and ATCo needs to advice pilot that there might be other ways..)

It's a principle handed down to aviation from the traditional laws of the sea: Any port in a storm.

In fact, if a pilot declares an emergency and asks for vectors to the nearest suitable landing environment, ATC might well direct him to an airfield that otherwise would be denied to him.

First, Groom Lake is a lousy example, because it's located roughly smack in the middle of the always-busy Nellis Range Complex, which keeps nonparticipating aircraft far, far away. (The only emergency diverts it ever sees are Nellis Range participants who have to knock-it-off in a big hurry, I'm sure.)

OTOH, in a general sense of the question, the answer is "yes, if necessary for safety of flight, a civilian emergency can land at an airfield in restricted airspace." A good example of this would be if you were puttering along the Western portion of the Eglin FAR 93 E/W corridor and something terrible happened -- making an emergency landing at Hurlburt Field would definitely be preferable to an off-airport landing or ditching. Obviously, you'd be telling Eglin Approach about your predicament since you have an advisory service from them anyway, and the controller would simply tell the Eglin Range folks to broadcast a hold or knock-it-off to whoever's working in R-2915B until you're safely on the ground.

Yes they can if there's no other airport near the airliners reach. Lets say the plane has 2 engines fail on one wing that is counted as an emergency so they will need to land were ever it's safe to land.

The Hudson river landing is one of the best landings done by a pilot with 2 engine failure on both wings.

Not the answer you're looking for? Browse other questions tagged emergency airspace or ask your own question.

0
Could a civilian aircraft in distress land in Area 51?
24
What happens if you do emergency landing on a US base in middle of the ocean?

14
What would happen if a pilot were to use the parking brakes after touchdown in order to slow down?
6
Who has authority over stadium TFR exceptions in VFR flight?
4
Is special permission required to take off from a field within restricted airspace?
26
Is there any emergency situation in which jet engines would not be shut down before passenger evacuation of a transport aircraft?
15
Why would a pilot pick this military airport as an emergency landing airport?
20
What is the procedure when an aircraft with an emergency can't land due to a blocked runway?
1
Can I fly through these military airfields' class C airspace?
1
What is the difference between 'warning area' and 'ADIZ'? Are they overlapped with each other?
2
What training is required for a class B endorsement?