A bigger object also needs slower changes, but time scales only with the square root of the linear scale. Next, the engine power available for speed changes will scale with the 3.5th power of scale*.

This still leaves a deficit of one power in the engine power available for speed changes when the helicopter is scaled up.

* Proof: Thrust must exceed weight, so thrust goes up with the third power of scale. Rotor disk area scales only with the second power of scale, so a higher acceleration through the rotor disk is required to create more lift per rotor area. If we look at the power required in the static case $$P_{min} = \frac{\eta_{Prop}}{T_0}\cdot\sqrt{\frac{\frac{4\cdot T_0}{\pi\cdot d^2}\cdot g}{2\cdot\rho}}$$ and insert the scaling factor in all scaleable variables, a power of 3.5 remains for the minimum power $P_{min}$. This is more than the increase in static thrust because the efficiency of the rotors declines with higher disk loading. 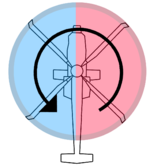 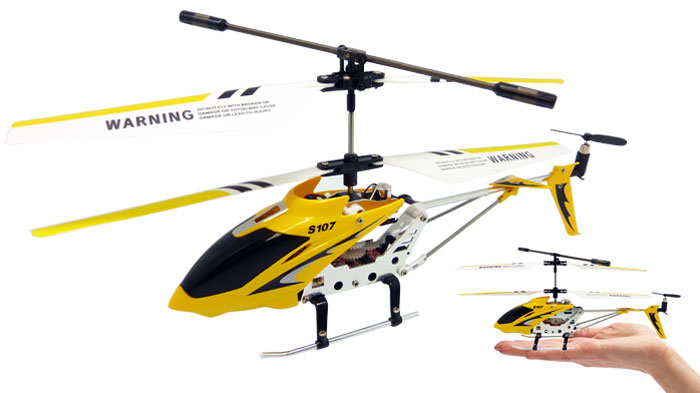 I think it is possible to design such a helicopter with a fixed rotor blade only. Yet it won’t fly very well. And you’ll be facing some difficulties in controlling it. In order to make a more complex helicopter, you’ll need to count a lot of things, the moment of inertia, for instance.

user69911user69911
101
$\endgroup$
Add a comment  |
Highly active question. Earn 10 reputation (not counting the association bonus) in order to answer this question. The reputation requirement helps protect this question from spam and non-answer activity.