What is this aircraft, and when was it used operationally? 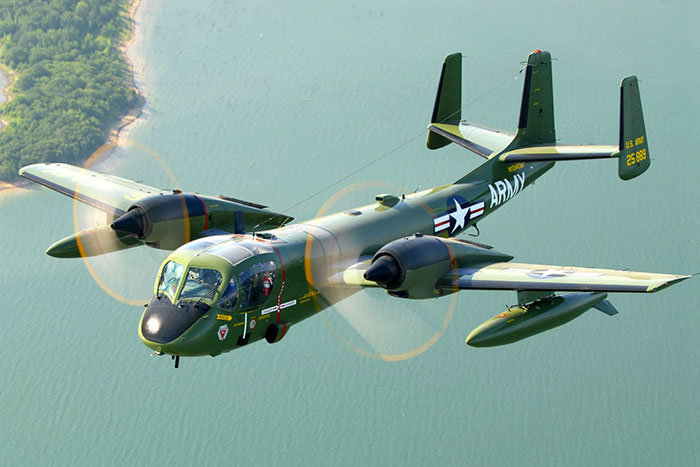 What is this aircraft, when did it serve with the US army, and what was its role?

It is the Grumman OV-1 Mohawk. Incidentally, the Mohawk was the only fixed-wing aircraft ever built specifically for the U.S. Army since the Air Force became a separate service in 1947. According to airspacemag.com:

The OV-1 was designed to meet a joint Marine Corps-Army requirement for a short-takeoff-and-landing battlefield surveillance aircraft. It was intended to operate close to the front lines in support of unit commanders.... The first version, designated OV-1A, was configured to provide a platform for photographic and visual reconnaissance.

Later versions were fitted with Side Looking Airborne Radar (SLAR). It was used by US Army from 1959 to 1996, while the Argentine Army Aviation used it from 1990s to 2015.

It was mainly used for battlefield surveillance and intelligence gathering.

That's an Grumman OV-1 Mohawk. Used by the United States Army between 1959 and 1996 as a scout spotter and light attack aircraft.