What is missing from a non-afterburning engine to prohibit the use of afterburning?

The afterburner, of course.

In simplest sense, the afterburner is just an extension attached to the engine where the fuel is dumped into the exhaust, resulting in an inefficient but huge increase in thrust. 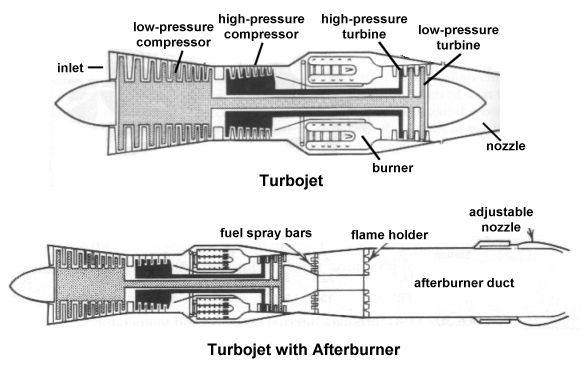 Turbojet with and without afterburner; image from aerospaceweb.org

In the above image, you can see the basic schematic of the afterburner- it basically consists of a long tube placed in between the turbine and the nozzle in which additional fuel is added and burned. The (afterburner) tube is quite simple, consisting of mechanisms to spray fuel into the exhaust and ignite it.

This image shows an actual afterburner, from the F/A -18 (F404 engine). As you can see, its quite simple. 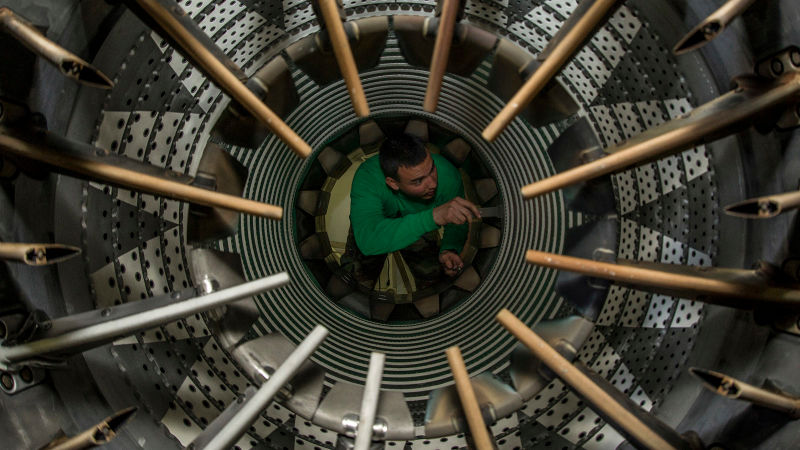 A jet engine afterburner is an extended exhaust section containing extra fuel injectors. Since the jet engine upstream (i.e., before the turbine) will use little of the oxygen it ingests, additional fuel can be burned after the gas flow has left the turbines.—Wikipedia

Not the answer you're looking for? Browse other questions tagged military engine-design afterburner or ask your own question.

6
How does the Pratt & Whitney F119 achieve its features?
8
How does a labyrinth seal work when the engine isn't rotating?
8
Can a jet engine benefit from nitrous oxide boost?
5
How would a new "clean sheet" General Aviation piston engine with all the latest technology differ from existing Continental/Lycoming types?
1
Could a jet engine be made from cast aluminium?
8
How does the engine wash improve engine performance?
3
How does afterburning not affect upstream air in the engine?