Why is the end of the F-35's jet nozzle 'spiky', is it like that to increase performance or some other factor?

Stealth. The F-35's nozzle is designed in that manner to reduce the IR and radar emissions from the aircraft (sometimes called Low Observable Axisymmetric Nozzle (LOAN)). From the press release which announced the test results:

... LO Axi Nozzle was installed by the South Dakota Air National Guard in an F-16C and ground-tested to verify installation compatibility with an operational aircraft system. Both infrared (IR) and radio frequency (RF) measurements were made by GE Aircraft Engines (GEAE) with the F110-GE-100 engine operating at power settings ranging from idle to maximum afterburner. The resulting test data verified that the LO Axi Nozzle achieves its installed signature goals during operation.

In addition to geometrical shaping and special materials for signature control, the LO Axi Nozzle also incorporates an ejector that enhances nozzle cooling.

The system was originally tested on a F-16. The following image shows the nozzle while it was under testing 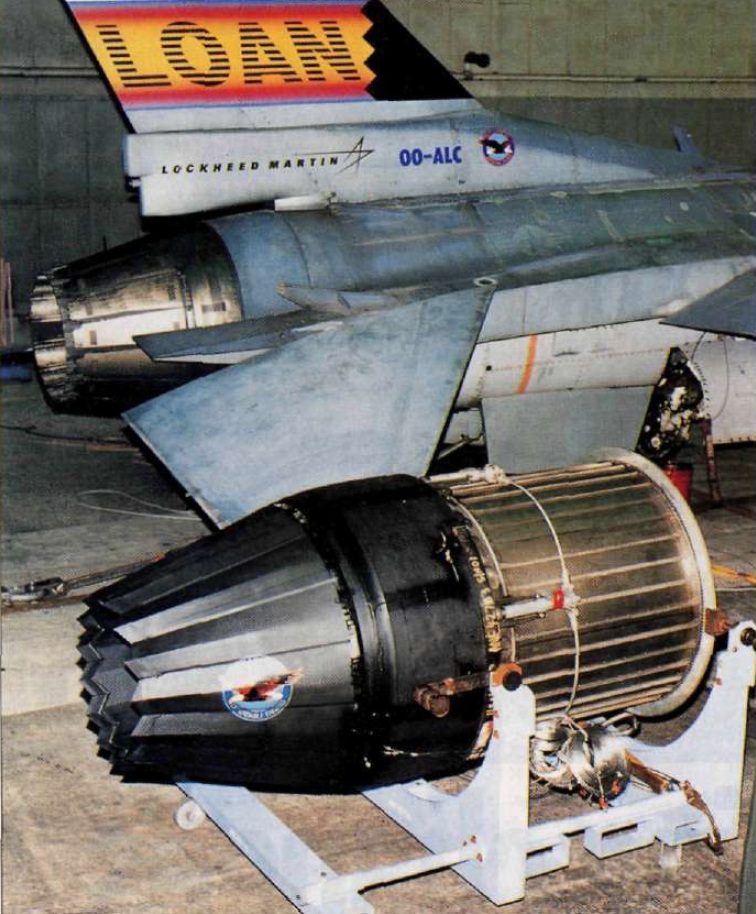 Detailled rear view of a standard P&W F-100-200 still installed in the LOAN aircraft and the LOAN nozzle in the foreground (LMTAS photo); image from f-16.net

Not the answer you're looking for? Browse other questions tagged military fighter f-35 or ask your own question.

9
Why do winglets reduce maneuverability (of fighter jets)?
12
Why is the F-35 engine nozzle exposed?
26
What is the rescue arrow decal on a military jet pointing to?
10
Can jet fighters be made to be 2 or 3 times bigger than they are today?
4
Does a nuclear weapon (B-61) equipped F-35 have the same nuclear confirmation failsafes as other nuclear device delivery aircraft?
3
Does the F-35B use its articulating rear jet nozzle for thrust vectoring?
18
Is an afterburner louder than the same jet engine without it?
2
Why do jet nozzles close at different rates?
4
Why do all fifth generation fighters (J20, F22, SU57) put their wing above the fuselage?
2
Do jet nozzles reset after the engine is off for a while?