Is it possible to fly a tandem-rotor helicopter after a single rotor failure?

Tandem-rotor helicopters, such as the Boeing CH-46 Sea Knight and CH-47 Chinook, are helicopters with rotors distant by more than 10 m. 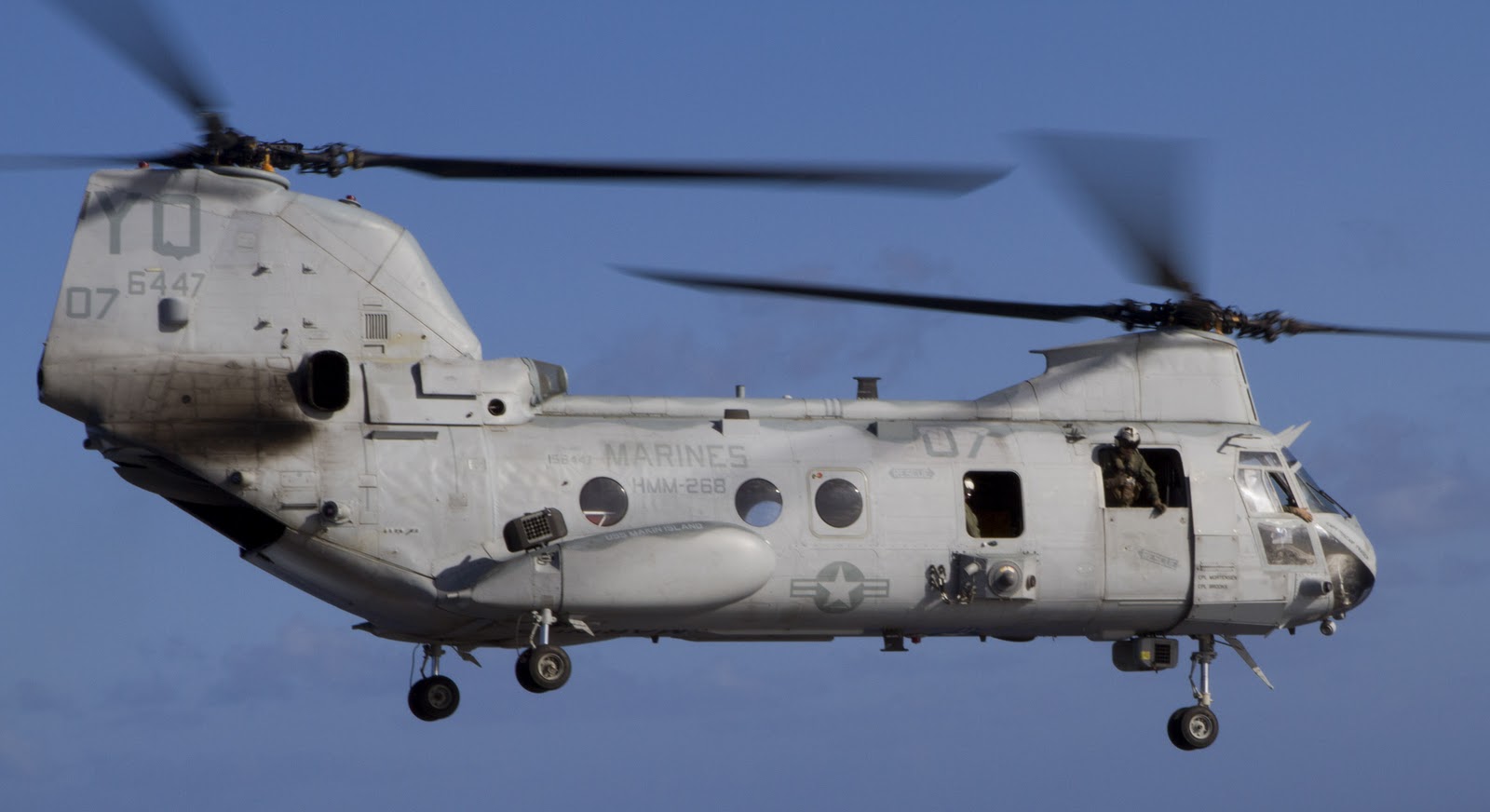 It seems unlikely a single rotor could sustain the force moment created by the failure of the other rotor. On the other hand it seems to me it would be difficult to have one rotor in autorotation and one powered.

If this is possible, how would the pilot fly the helicopter? If it's not possible, why?

It's been a few decades since I crewed CH-46s, but the situation you're describing is called a de-sync and it's a catastrophic failure. The forward and aft rotors are linked by a driveshaft that drives the forward transmission and synchronizes the rotors. In a de-sync the intermeshed rotors will collide and the aircraft will tear itself to pieces.

Also, setting aside for a moment the consequences of a de-sync, the flight controls for both rotors are linked so it would be impossible to flatten the pitch to autorotate just the front rotor head. I suppose it would be mathematically possible to keep the rotors in sync and match the rate of deterioration in the rotor speed, but the odds would be extremely low, and the chances of recovering from any altitude beyond a few feet would be near nil.

12
Are control inputs different during autorotation?
30
Why aren't there simplified fly-by-wire helicopter controls?
3
Under what conditions would a helicopter be allowed to fly at low altitude over populated areas?
13
Is it ever possible to auto-rotate with a missing rotor blade?
9
With helicopters, is normal landing or auto-rotation landing any different when landing on water?
17
Are helicopters reinforced asymmetrically?
5
Is autorotation possible in a tandem rotored helicopter?
19
How does this RC helicopter keep itself upright?
0
Are there any helicopters with tail rotors where slip-skid ball may be centered even when fuselage is streamlined to the airflow in cruising flight?
3
How does gross weight affect helicopter autorotation?