What are CAS and EAS used for?

What are calibrated airspeed (CAS) and equivalent airspeed (EAS) used for? When would a pilot need to know these?

CAS is IAS corrected for instrumentation and position errors. The errors are most pronounced in slow and high angle-of-attack flight.

IAS figures in aircraft manuals are actually converted from CAS. For ease of use.

How CAS is determined (Wikipedia link).

However, a modern plane with an air data computer (ADC) actually displays CAS, despite being labelled as IAS.

As the plane goes faster and higher and compresses the air, the air changes density, an effect known as compressibility that affects the CAS reading. 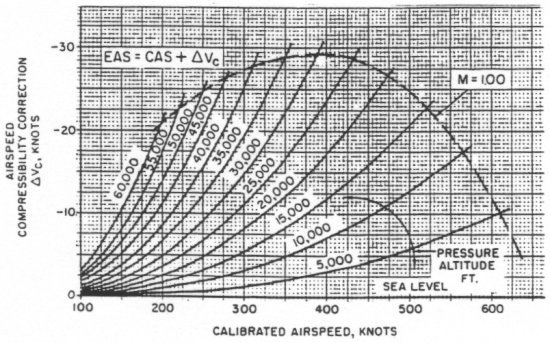 EAS is computed by the ADC on a modern fast plane, and together with the density altitude, the TAS is then known.

Ground speed and track (from GPS, navaids, and/or INS) together with the TAS allows the FMS to calculate and display the wind speed/direction.

Before ADC's, pilots used charts like those in the answer.

In a modern plane, what the pilot actually uses is CAS, despite being labelled IAS. And EAS is used in computing the TAS by the ADC.

For engineers, TAS (actual velocity through the air) is used in lift equations, EAS is used in calculating dynamic pressures on the plane (TAS corrected for air density).

Source used and a must read: Aerospaceweb.org—Types of Airspeed

Equivalent Airspeed is a measure of dynamic pressure, the quantity on which most aerodynamic properties of the aircraft depend. It is almost always equivalent airspeed that the pilot wants to know.

However the device to measure dynamic pressure, pitot tube, is subject to various errors, so the pilot can't have equivalent airspeed. The best they can get

Whatever the instruments provide is the best that can be obtained in given aircraft. There is no way for the pilot to pull out a calculator or E6B and calculate something more precise, and they won't have time for that at the moments it matters anyway. The best the pilot can do is know what magnitude of error can be expected in various flight regimes (which should have been determined in flight testing and listed in the POH/FCOM/QRH) and take it into account.

What pilots see in the cockpit of almost all modern aircraft is CAS. Those without an air data computer display IAS. These two will differ only minimally in the number they display in most circumstances.

Pilots use this indicator to try and stay above the minimum flight speed, and below the maximum flight speed specified in the Aircraft Flight Manual. These speed limits are based on aerodynamics - exceed the lower limit and the aircraft will not be able to stay in level flight. (This is an oversimplification!)

The SR-71 Blackbird is one of the very few aircraft that also had an EAS indicator. At very high altitudes this is a more accurate indication than a CAS indicator of where the aircraft speed is in relation to the minimum limit.

0
What is CAS and EAS and how to calculate from IAS?
6
Does ground speed represent the horizontal speed measured at sea level?

5
How does the IAS stall speed vary with increasing altitude?
1
How does headwind influence the results of a pitot tube and therefore the airspeed indicator?
3
How are IAS to CAS conversions calculated?
5
Why do pilots normally fly by CAS rather than TAS?
1
Why were the space shuttle’s flight controls only certified for low airspeeds?
2
How to find TAS for given CAS, FL and OAT?
0
Linking equivalent airspeed with waypoints, altitude, time and speed
1
What is the Saint-Venant formula for calculating equivalent air speed (EAS)?