In 2014, Lufthansa engineers converted a A340 into a medical evacuation aircraft specially equipped to carry contagious patients, e.g. with Ebola fever (D-AIGZ, "Robert Koch", msn 347). This aircraft was at the time the property of the German Government (as of today, 2020, it is back to Lufthansa). 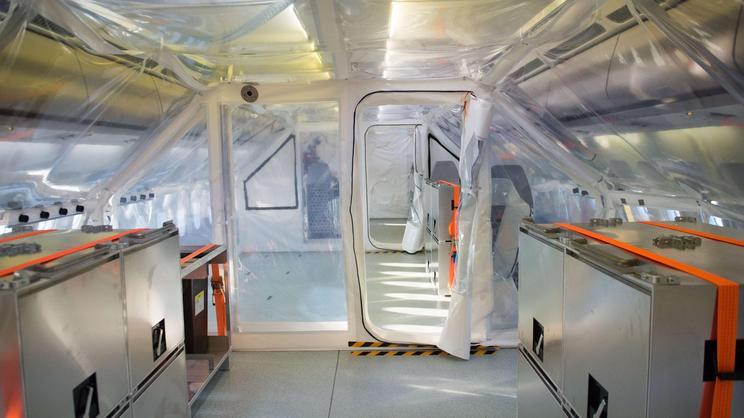 The patient is in an isolation unit surrounded by an airtight tent with negative pressure: 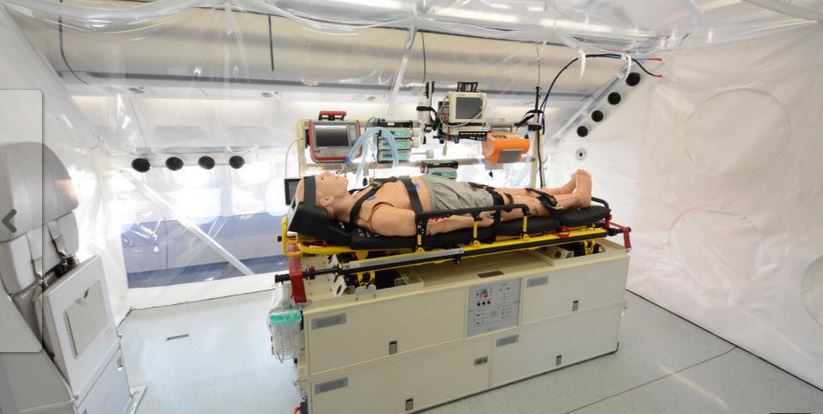 I was wondering about how this isolation system would react in case of in-flight decompression and how the cruise altitude would be selected. Is it common to have negative pressure tents in civil medical aircraft? Is it safe? Is it regulated?

I'll try to answer in a general sense. It appears that the Lufthansa engineers have changed only the interiors- basically they've changed the passenger fittings with the containment unit. As such, the effect of decompression will be the same as in commercial aircraft- in case of negative pressure containment unit, the air will tend to leak from it. In general, there are some safeguards in such cases:

... in case the negative pressure protection failed, the air inlet at the front (crew-facing) side of the tent is also fitted with a filter to prevent airborne contamination of the main cabin. As a further protection for the crew, Phoenix Air’s mechanics have reversed the airflow in the whole aircraft, so that now it flows fore to aft (instead of aft to fore as it comes from the factory); the pilots and medical crew are in effect located ‘upwind’ of the patient.

However, as @abelenky already noted, in flight decompression is quite rare and the people on board have to worry more about the patient they are transporting than decompression.

Negative Pressure tents with HEPA filters are usually used only in medivac cases where the diseases are highly infectious. In other civil medivacs, the patients are usually exposed to the cabin.

There is a FAA approved Aeromedical Biological Containment System (ABCS) devised by CDC and used in US, which uses the same negative pressure principle- so I'd say that it is safe to operate.

For medical aircraft, the cruise altitude is usually set lower- FL200 or so to enable having the cabin pressure altitude at a lower level (for military aircraft, it is maintained at 4000', though it can vary depending on the circumstances). One thing to note is that most medivac aircraft are business jets like Gulfstream and Learjet, which can maintain sea level cabin pressure upto FL200.

Also, any interior modification will have to be approved by the corresponding regulatory body (here its EASA, though I'm not able to find anything about this particular aircraft). Other manufacturers have obtained EASA certification for negative pressure tents and as already seen, FAA certification too. 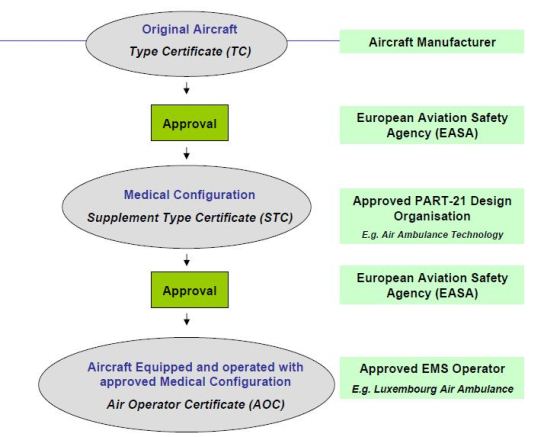 Not the answer you're looking for? Browse other questions tagged safety airbus-a340 medevac or ask your own question.

17
Is there any limit to how many times an aircraft evacuation slide may be deployed?
3
How are aircraft protected from lightning strikes by conductive skin?
5
What protection did the Concorde have against an uncontrolled decompression?