Pre-50's, how was electricity generated without using an Integrated Drive Generator?

The question How do airplanes regulate the output frequency of AC generators? here on SE already answers why we need an IDG with a constant speed drive on airliners.

[IDG's] have been used in aircraft electrical power generating systems since the 1950's.—Wikipedia

Before the 1950's, in the early jet airliners, turboprops, and big piston planes, how did they manage the same task of regulating the AC frequency?

Or did they rely purely on DC via alternators and a bank of batteries? I'd think old big planes had plenty of pumps, etc., to require AC.

Inverters, it would appear, were not uncommon. I get the feeling that the quality of the (unregulated) AC from alternators was insufficient for instrument applications, and was primarily used for less sensitive systems. For more stable AC, it appears that the inverters were used.

Alternating current for the autosyn instruments, drift meter, radio compass, and warning signals transformer is furnished by either of 2 inverters, one of which is a standby for the other. One inverter is under the pilot's seat and the other under the copilot's seat. A single-pole, double-throw switch on the pilot's control panel controls the DC power to the inverters and selects the inverter to be used. In the "NORMAL" position the left-hand inverter is on and in the "ALTERNATE" position the right-hand inverter is on. Source

Anecdotes on PPRUNE also seem to offer support for this.

Finally, a decent source. Two (unregualted) AC alternators for 'windscreen deicing and some radar equipment', with 2+1 spare single-phase inverters for other AC users. 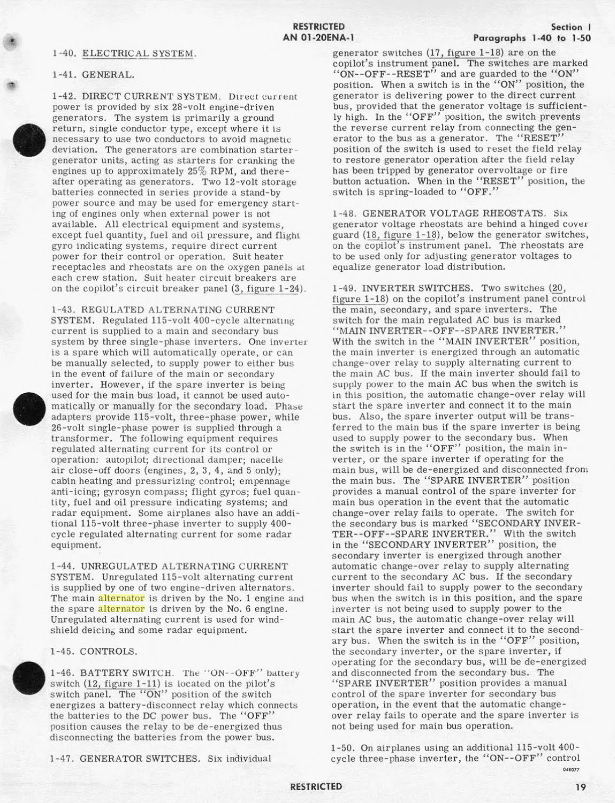 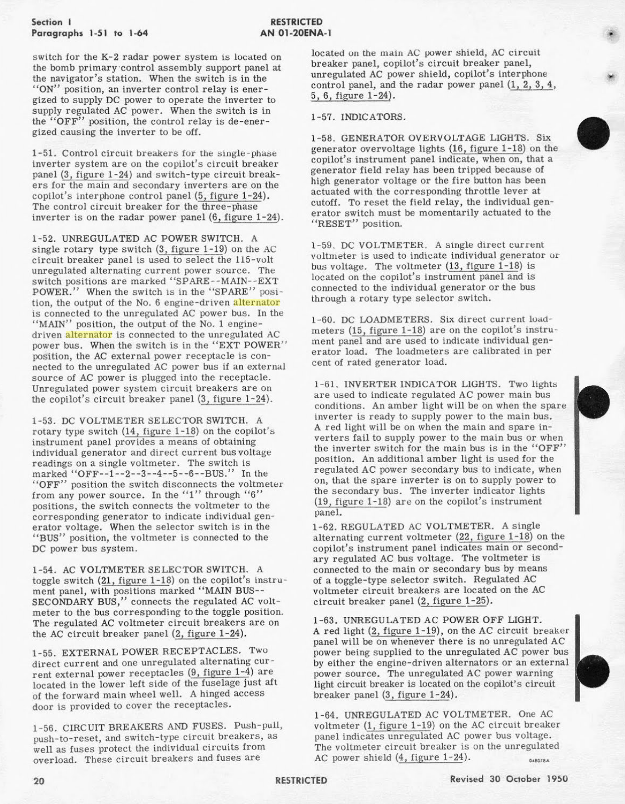 Has 6 generator dials, and 4 inverters on the flight engineer's station, looking at a panel diagram and the bottom right of this photo. That being said, there are two switches labelled alternators on the AC section of the panel. They only seem to offer "NESA Bus" (B-47 manual seems to imply this is for window deicing) or Bus No. 2, depending on how the right switch is set. The left switch is for the voltmeter/ammeter dials. 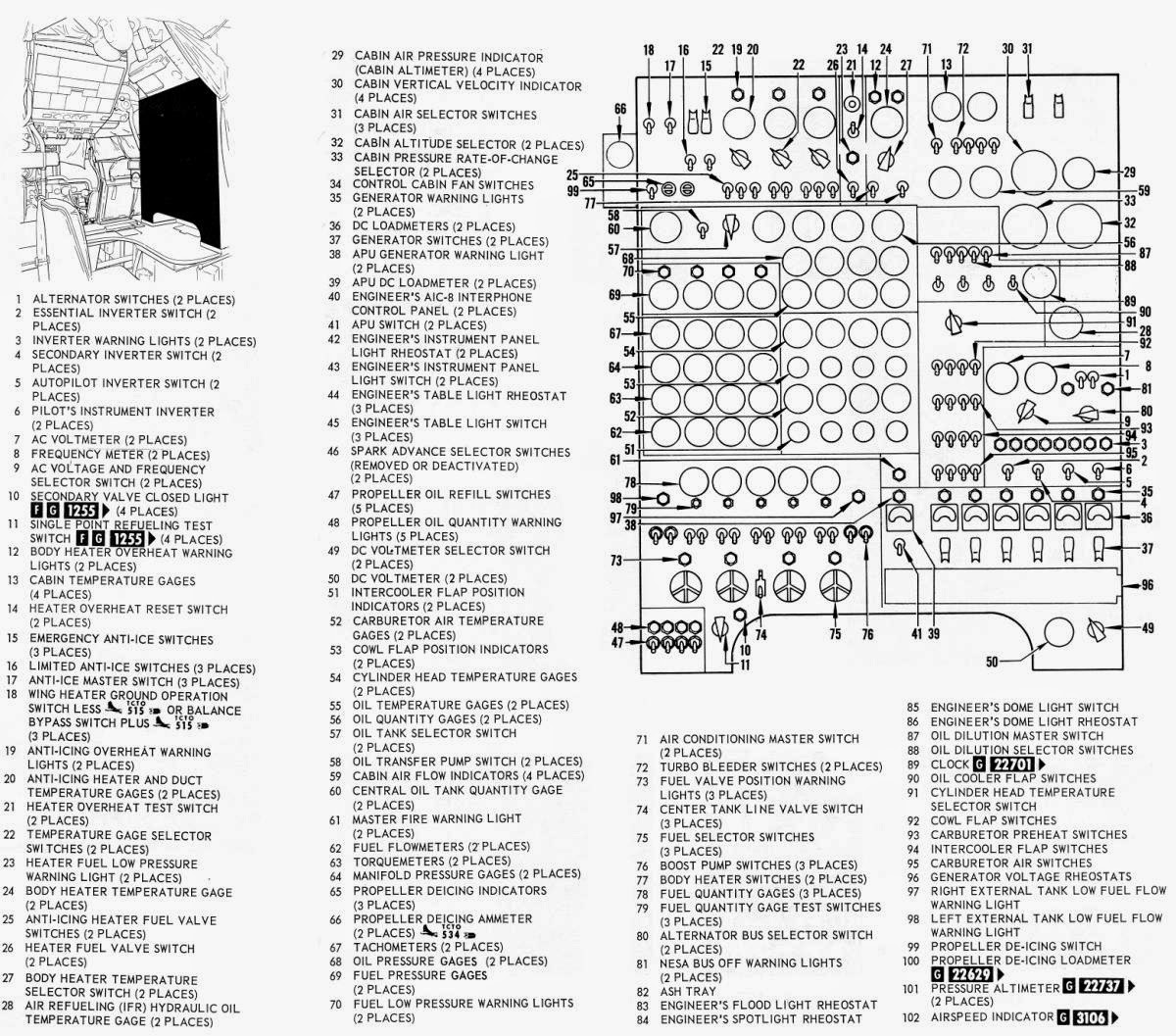 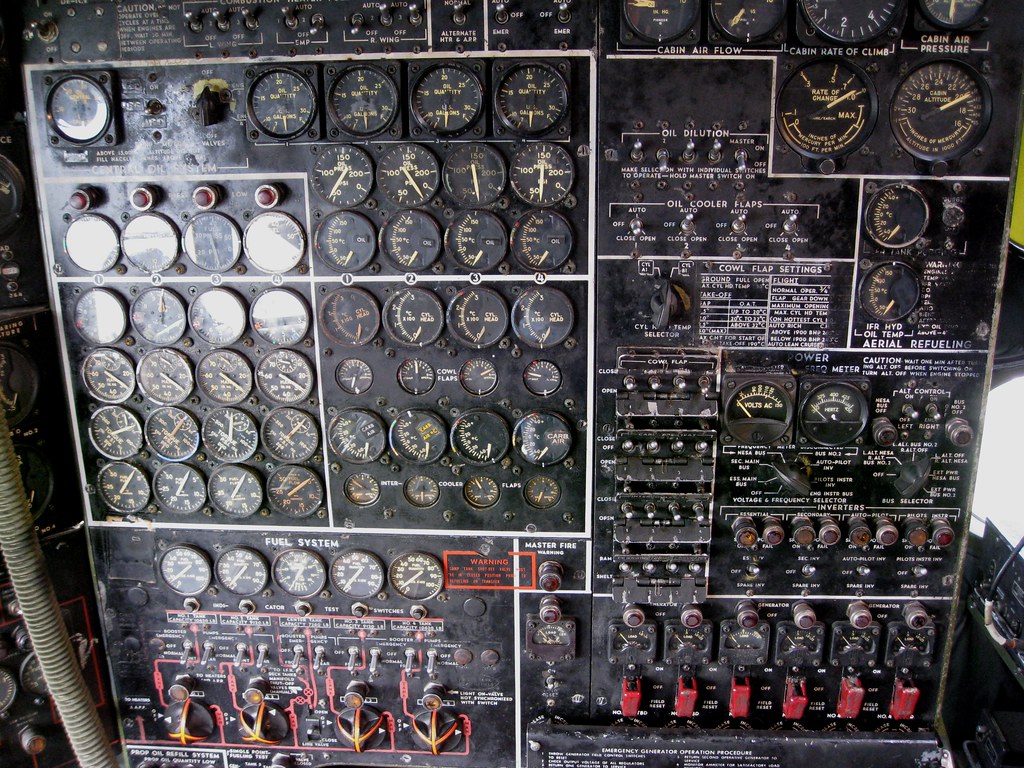 Not the answer you're looking for? Browse other questions tagged airliner aviation-history electrical-system or ask your own question.

9
What is the difference between frequency wild AC system and other AC systems?
5
How do airplanes regulate the output frequency of AC generators?

5
How do airplanes regulate the output frequency of AC generators?
19
How does the A350/380 operate on Variable Frequency AC generators?