Have any passengers crashed planes?

The question Are pilots allowed to let passengers fly the plane? is interesting to read, noting that pilots are permitted to allow passengers to fly.

I recall an Air Crash Investigation episode (AFL593) where the pilot pretended to allow his son to manipulate the controls of an airliner, without realising the autopilot had been disconnected, resulting in an accident.

I'm wondering how commonplace this is? Is this an isolated incident?

On the flip-side, I've heard of at least 3 occasions where passengers have successfully landed planes, e.g:

No passengers have crashed an airplane while the pilot was letting them fly.

In this situation, the PIC crashed the plane because he didn't do his job as the captain and final authority for the safe operation of the airplane.

Letting a passenger fly would most likely be listed as a "contributing factor" by investigators looking into an accident where this happened, but responsibility for the crash lies squarely on the PIC.

There was a passenger who crashed an light aircraft over Bodensee in Austria. Psychological factors were assumed to be the reason the passenger forced the controls forward crashing the plane into the lake. He and the pilot were killed.

Please see the transcript of Aeroflot 593

Overview: The pilot allowed his 12 year old and 16 year old children into the cockpit to sit in the pilot's seat of an Airbus A310. The older child's actions disconnected the autopilot. All aboard were killed when the crew was unable to recover from an unusual attitude after the autopilot disconnect.

Another possible passenger-caused accident is the death of Thomas J. Stewart and his family in a Eurocopter EC135 in Phoenix. Stewart allowed his 5 year old daughter to sit in his lap during the flight. The NTSB concluded that the daughter kicked the controls and that the pilot's recovery attempt severed the tail. Both Stewart and his daughter were passengers and may have caused the accident with their actions.

where the pilot pretended to allow his son to manipulate the controls of an airliner,

The pilot actually allowed his son to manipulate the flight controls. The A310 has a conventional yoke.

The autopilot was engaged at the time, so small movements of the flight controls had no effect. The pilot pretended to his son that he was in full control.

Large, forceful movements contradicting the autopilot caused the autopilot to relinquish control to the pilot (the autopilot assumes the pilot knows best) - in this case, control over ailerons (but not over pitch, airspeed, altitude, throttles etc).

Pilots are not dropped into new aircraft without training to understand how use of the controls affect the autopilot. The pilot's actions were reckless and he failed to monitor the childs actions and their effects. 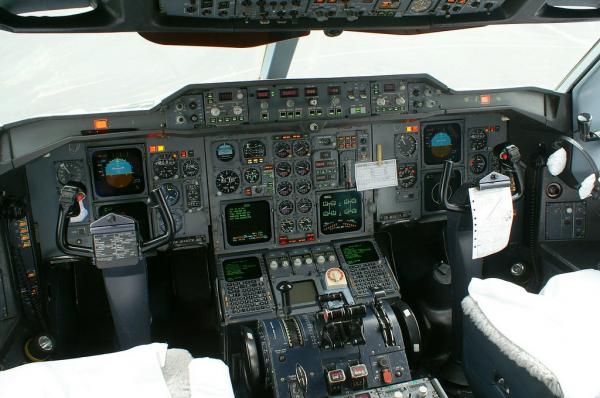 without realising the autopilot had been disconnected

The appropriate indicator light illuminated to show that there was manual control over ailerons but it seems the pilot was too busy entertaining his child to pay proper attention to flying the aircraft.

The "cavalry charge" audio alert only occurs when the autopilot is fully disengaged.

lights on the instrument panel show what aspects of flight the autopilot is controlling.

It was actually the child who first noticed that the aircraft was banking!

resulting in an accident.

In combination with inappropriate actions by panicing pilots.

Despite the struggles of both pilots to save the aircraft, it was later concluded that if they had just let go of the control column, the autopilot would have automatically taken action to prevent stalling, thus avoiding the accident.[11]

I'm wondering how commonplace this is?

It seems to be very uncommon for children and/or other passengers to enter the cockpit midflight and cause a crash.

Is this an isolated incident?

No. See dawg's answer. It may be the only case on an Airbus.

Not the answer you're looking for? Browse other questions tagged safety passenger accidents or ask your own question.

39
Are pilots allowed to let passengers fly the plane?
14
Did Airbus add an audible alert when the autopilot partially disengage after the crash of Aeroflot Flight 593?

23
How do passengers board the planes on this airport?
7
In what circumstances do passengers or flight attendants have to take their shoes off?
6
What options do the crew have when passengers go berzerk?
7
Have any commercial airline passengers ever been injured from hypoxia due to a depressurization event?
0
What aircraft model is this that crashed?
6
Why does an A300/310 in LAND or GO-AROUND mode have to be at least 400 feet AGL for manual control column movement to disengage the autopilot?