Why is "clearway minus stopway" used in V1 adjustments?

Illustrations and/or satellite imagery to explain the difference between clearway and stopway and explaining how they are used by turbine aircraft would be great. 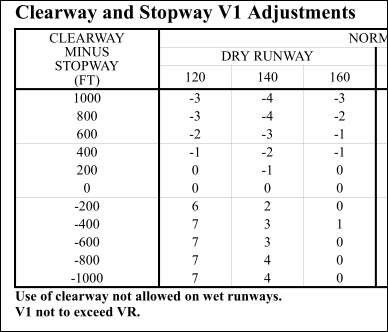 What is the difference between clearway and stopway?

The definitions linked in the question for a clearway and stopway are fairly adequate.

Opa-Locka Executive Airport (KOPF) has both a clearway and a stopway at the end of runway 12: 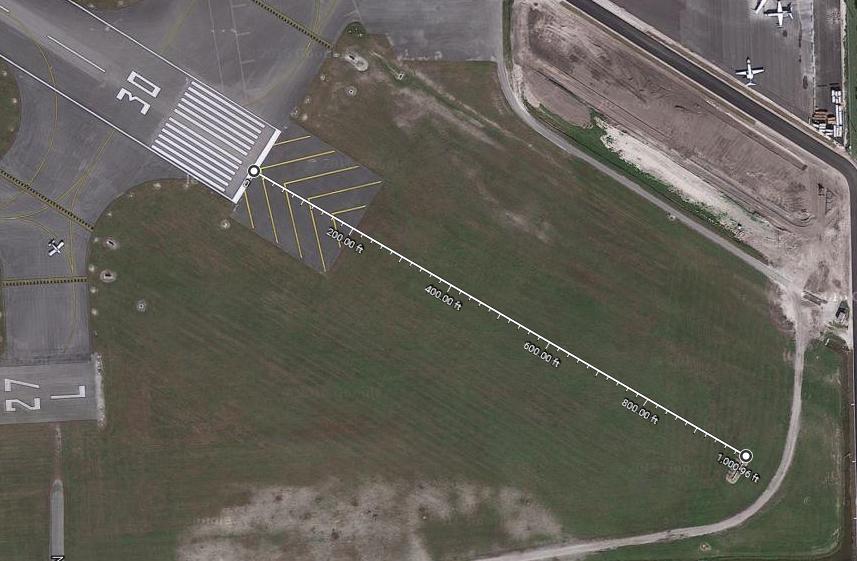 The 1,000 ft of clearway extends to the end of the area. The stopway is shown with yellow chevrons.

Why is clearway minus stopway used in V1 adjustments?

A change in V1 speed has the effect of increasing one of the takeoff distances while simultaneously decreasing the other takeoff distance. For example, if V1 is decreased, accelerate-go distance is increased while accelerate-stop distance is decreased. There isn't an easy way to calculate a max allowable takeoff weight (MTOW) by adjusting both V1 and aircraft weight.

To make the calculation easier some practical things are implemented. A stopway will always be equal to or shorter than a clearway. This effectively increases the length of the runway to the end of the stopway for performance calculation reasons. At this point, we can go into the performance charts for both accelerate-go and accelerate-stop and come up with a MTOW. Since both calculations are using the same distance we need to adjust the accelerate-go distance by the difference between the clearway and stopway. We can then adjust V1 by the appropriate chart in the aircraft AFM by that difference.

We can perform an accelerate-go and accelerate-stop distance calculation again to come up with a corrected MTOW.

The reason the V1 adjustment works in this fashion is because V1 is the decision speed at which the aircraft can continue on the runway surface remaining, get airborne, and climb to the (adjusted) screen height with one engine inoperative before reaching the end of the Clearway, or stop on the remaining runway surface plus any Stopway. The function of "Clearway minus Stopway" is because the aircraft can be airborne and climbing over the Stopway in the "Go" case, but can't be on the ground, ie. it has to get airborne before the Stopway commences. If the RWY has lots of Stopway, but no additional Clearway beyond (the bottom rows where Clearway minus Stopway is a negative number), V1 must increase, because the aircraft has plenty of Stopway to stop, but must be going faster to "Go" and make the screen height by the end of Stopway.

10
How do pilots use stopway, EMAS, clearway and displaced threshold?
12
What are Runway Declared Distances?

13
What is a navigational fix? Where can I get navigational fixes for a local airport?
6
Can TODA ever be shorter than TORA, under any circumstance?
10
How do pilots use stopway, EMAS, clearway and displaced threshold?
11
How do Rapid Exit Taxiways improve aircraft movements?
30
What are the slash markings on Gatwick's 08R/26L?
1
Do takeoff (or other) performance calculations for jet aircraft take into account the type of fuel being used?
4
Can the clearway be located on a lake?
5
How much actual difference does fixed pitch propeller make in takeoff distance?
3
Takeoff distances published in OEM manuals