Why don't we fly helicopters with yokes?

However I have never seen a helicopter with a yoke-style flight control. Why?

Adding to Carlo's answer, a study titled 'The Human Factor in the Design of Stick and Rudder Controls for Aircraft', showed that:

... the precision of movement of the hand and fingers decreases as an unsupported arm is extended.

As helicopters need more precise and constant inputs than fixed-wing aircraft, having your arm rest on your thigh is better in terms of comfort and precision.

Well first off, a helicopter doesn't have either a yoke or a stick; it has a cyclic.

Second, the original use for a yoke or a stick was to provide a pilot with a mechanical advantage in actuating the airplane's control surfaces against the force of the relative wind. Helicopters never needed this as the cyclic actuated the swash plate on the rotor mast, changing the pitch of the rotor blades as they passed over.

Third, helicopters demand a little more 'hands on' attention when flying them as opposed to airplanes. The helicopter pilot is required, particularly in hovering, to make constant adjustments to the cyclic, collective, throttle (if not equipped with a governor) and anti-torque pedals. Therefore a yoke style cyclic is not useful to a helicopter pilot.

A cyclic does not necessarily need to take the form of a traditional joystick as in the example from an MD900 (Top) and an R22 (bottom). 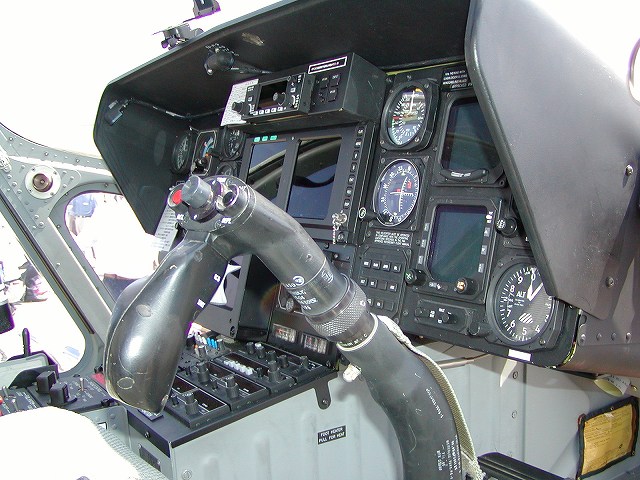 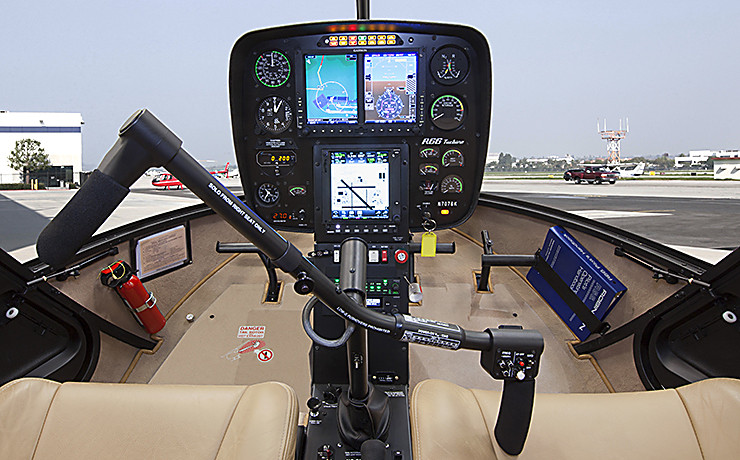 12
Do some right-handed pilots fail to use the left stick of an Airbus?

17
Which hand do fighter pilots use for the control stick?
25
Do emergency services helicopters fly VFR when leaving base?
33
Are there full scale helicopters capable of sustaining inverted flight?
30
Has there ever been an aircraft with three sets of flight controls?
6
What are the limitations to adding wings with engines to a helicopter?
3
Why are the Convair 880's yokes shaped differently from each other?
6
Are there left seat qualifications specific to actual handling of the aircraft?
16
Why not use the yoke to control yaw, as well as pitch and roll?