Can light aircraft be equipped with yaw damper?

The smallest aircraft I know of that has a yaw damper is the Pilatus PC-12.

From an engineering standpoint, how hard is it to make a light-weight solution for a light single engine plane?

The system in mind would also automate the corrections for all left turn tendencies, and coordinate the turns.

The reasoning for it is a no-hands-and-feet autopilot flying, plus the other benefits in takeoff rolls, etc.

The components I'd imagine would be needed:

Yes. The Garmin Perspective avionics suite for the Cirrus SR-22 is equipped with a yaw damper in its GFC-700 AFCS. 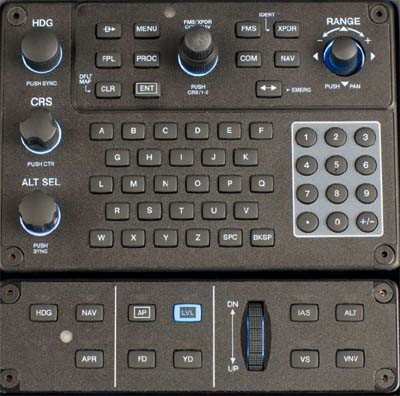 The short-coupled Beech Bonanza line (33s and 35s) are known to do the "Bonanza boogie" and it's not uncommon to see examples fitted with aftermarket yaw dampers. Late model 33s/35s are 3,400lb airplanes which is pretty light. These are the smallest planes that I can recall seeing equipped with a Y/D. There is probably a Supplemental Type Certificate (STC) to equip a 172 with a Y/D but I can't imagine anyone actually spending the money to install a system like that in a Cessna 100 series.

Many piston twins, like the Cessna 300/400 series and Piper twins like the Seneca and Navajo, are commonly equipped with Y/Ds. This class of airplane can range from about 4,500lb to over 6,000lb.

Genesys Aerosystems, formerly S-TEC, makes a Y/D add-on for most of their autopilots. Century also offered the feature and the old Cessna/ARC Nav-o-Matic 400/400A/400B autopilots from the 1970s had the option. It's actually a common feature on mid-to-high end autopilots and, if shopping for a light twin, would be on my list of things to have.

18
What is the "yaw damper"?
8
What radios are airliners / large aircraft equipped with?
2
Approximately what percentage of aircraft are equipped with RNAV?
11
Can light GA aircraft implement fly-by-wire technology?
4
Does the yaw damper require manual activation on modern airliners?
7
How can I switch off the yaw damper in an Airbus A350?
6
Does an autopilot that controls roll, pitch and a yaw damper meet the requirements of 135.105(c)(1)?
5
Why is the 707’s yaw-damper-out lateral controllability marginal to nonexistent with flaps and spoilers extended?
1
Is there any difference between Airbus and Boeing on yaw damper technology?
7
What is the difference between the series and parallel yaw-damper systems for the 707?