Why are the wings of some planes changing width?

I was travelling recently in a Boeing 737 and I noticed one thing that I didn't understand. After the takeoff the wing flaps started retracting into/under the wing, making it narrower. The opposite happened before the landing.

You can see what I mean in this video:

The question is:
Why are the flaps hiding into/under the wing?

I understand that the bigger wing area is better during takeoff and landing. But why is the wings' size reduced during the cruise? Shouldn't bigger wings provide better lift during the entire flight?

Some clarification after comments:
I'm asking specifically why are the flaps retracted and not just remain parallel to the wing

The wings on an airliner are optimized for cruise in high subsonic and transonic flight where a slender, swept wing works well. While this is great for cruise flight, the trade-off is this style of wing requires a very high approach speed for landings which in turn require very long runways to accelerate the airplane on to reach rotation speed for takeoff or to decelerate the aircraft on once it has landed.

The Boeing Company successfully addressed these problems in the early 1960 with the development of the 727 airplane as a regional airliner. It made use of a type of flaps called Fowler flaps (see Fig 1) in concert with leading edge extensions. Fowler flaps. These style of flaps consist of a series of segments attached to tracks or support linkages running chordwise, allowing the flaps segments to extend and retract by rolling along said tracks. 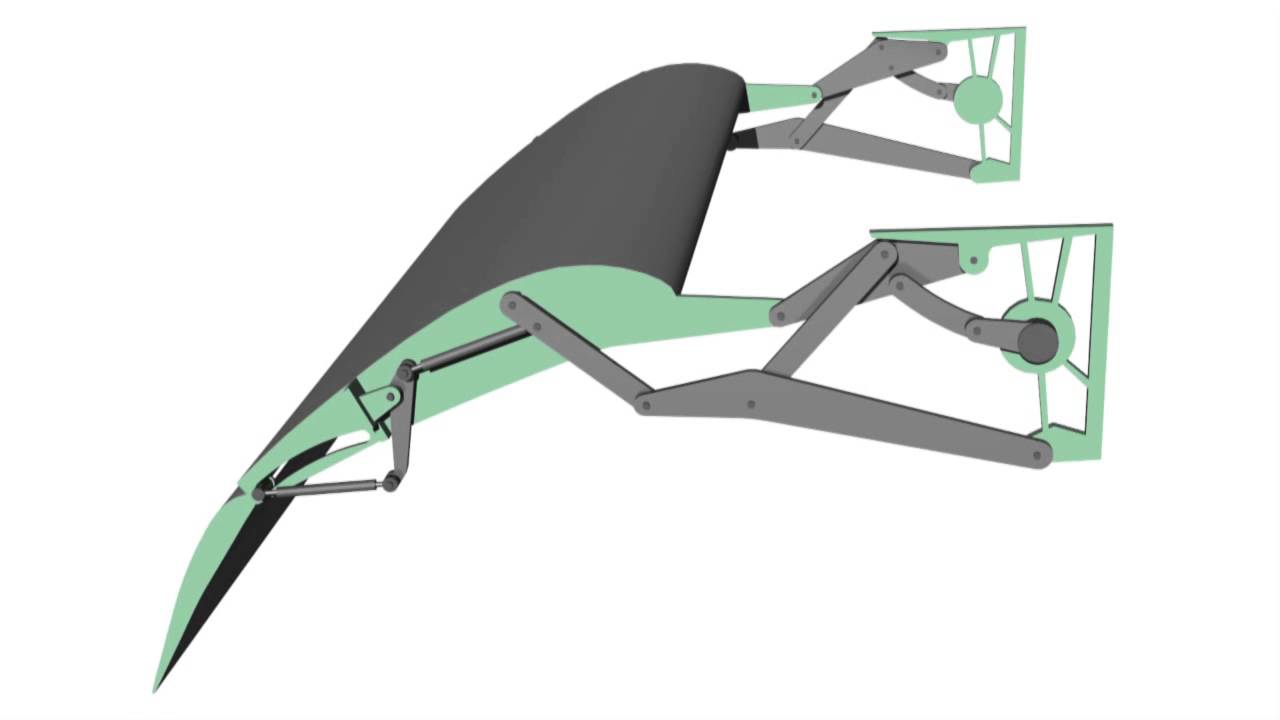 When deployed these give the effect of changing the airfoil shape from a slender, slightly cambered airfoil into a wide airfoil with a large camber. Fowler flaps have an additional advantage to them in that partial deployment creates a large increase in lift with limited additional drag, very useful for takeoff, while when fully deployed they create a lot of drag in addition to higher lift.

For any given object, the bigger it is, the more drag it produces.

Since a plane spends most of its time in cruise, the wings are designed with a lift-to-drag ratio that suits cruising.

For slow flying (take-offs and landings), high-lift devices are then used, they come in many flavors.

Flaps are a way of changing the shape of the wing so that it is able to provide more lift at lower speeds and higher angles of attack. This is important both on take-off and, especially, landing where the aircraft is moving relatively slowly.

The trade off is that flaps dramatically increase the drag.

Bear in mind, that commercial airliners spend most of their flight time cruising at, more or less, constant speed and altitude. At cruise, there is no value in 'more' lift, they need exactly enough lift to support their weight at an efficient cruising speed. So, the wing shape is designed to do this with the minimum possible drag.

Flaps increase the lift at low speed so the aircraft still has enough lift to support its own weight when approaching for landing without needing to be traveling at a speed which would make safe landing more difficult and require a very long runway to slow down after touchdown.

The "flaps up" configuration represents the wing's base shape. This is the shape designed to produce the intended flight characteristics including required lift at minimum drag under the aircraft's designed cruising flight conditions (airspeed/altitude).

Take-off and landing is best performed at the lowest speeds which are practically attainable (take-off and landing distances increase dramatically and non-linearly with speed). The "flaps down" configurations (note the plural) increase the effective wing area, but also change its profile. Extending flaps increase lift but also increase drag. Most aircraft have multiple flap settings, providing a progression between "clean" (flaps up) and full flaps. Full flaps are only used for landing where high drag is desirable because it helps slow the plane down after touchdown. Intermediate settings are used for take-off because they aid lift with a minimal drag penalty and are used in the early stages of approach as the aircraft is slowing down.

Flaps aren't simply enlarging the wing. Most flap designs leave gaps when fully or mostly extended. These gaps allow some air from under the wing to flow up through the gap and join the air moving over the top of the wing. This helps the airflow remain "attached" to the top surface of the flap. Without this feature, air on the top surface can "detach", become turbulent, and no longer aid lift.

Not the answer you're looking for? Browse other questions tagged aircraft-design wing boeing-737 aircraft-physics or ask your own question.

16
Why do wings of passenger jet go dark during a flight?
37
Why evacuate wing at the front side after water landing?
9
If no low-speed compromises were made, what would an ideal Mach-3 wing look like?
11
If both propellers and wings are airfoils, then why do propellers deflect air perpendicularly to the rotor, but wings not?
2
Would the Concorde have been better off using a tailed delta wing?
4
why some airplanes have their exhaust gases vectored above the wing?
4
Why doesn’t the A320 family suffer from the same design constraints regarding engine placement/landing gear length as the Boeing 737 family?
2
Swept back wing theory