Why does flying IFR require a rating?

It may seem like a silly question, but my analogy is, some countries issue automatic-transmission-only driving licenses. Automatic transmission in this case would be the powerful avionics now available for GA aircraft.

So I think it's a valid question a non-pilot might ask.

A non-instrument rated pilot already knows how to navigate, how to use the instruments, radio, and autopilot.

So why aren't they allowed—in a properly equipped plane especially nowadays—to deliberately (with permission) fly into IMC, or file an IFR flight plan? 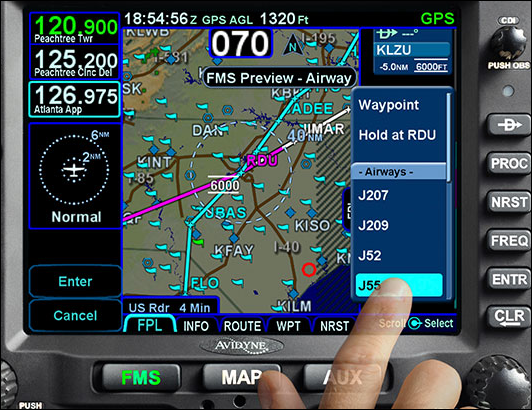 The short and sweet answer to this question: That kind of thinking is what kills a lot of pilots.

A non-instrument rated pilot may know how to fly and navigate but does not yet have the skill to do so in total reliance upon instruments. A PPL does require you to have at least 3 hours of simulated instrument flying with an instructor. That may keep you alive in straight and level flight if you enter instrument conditions inadvertently, but it's not going to be adequate for conducting an entire flight in IMC.

This quickly becomes clear to new students pursuing an instrument rating who go for their first filed IFR flight in hard IMC with an instructor. Once you enter a cloud, you go into a world of brilliant white (day) or inky black (night) and there is absolutely no visual references to follow. You must be able to stay on top of that airplane, manage all of its systems, communicate with ATC, fly departure and approach procedures correctly, and handle emergencies, all without the benefit of visual reference. In addition instrument flight has a nasty habit of inducing sensory illusions and spatial disorientation due to vestibular sensations causing the pilot to incorrectly judge the aircraft's attitude, etc.

A number of pilots - good ones too - are now dead because they did not take this seriously. One notable high profile case was John F Kennedy Jr, who inadvertently entered instrument conditions during a flight from Essex County Airport in NJ to Vineyard Haven, MA. Even though the entire flight was in VMC, dark night over water provides no visual references for the pilot. Kennedy became spatially disoriented; his PA-32 Saratoga entered a tight spiral and crashed into the ocean.

When I was prepping for a solo CC with an instructor for my PPL (the flight was scrubbed due to weather that day) I watched a guy take off in a Saratoga and kill himself by flying into inclement weather. The weather for that day had 600ft ceilings and poor visibility. He attempted to scud run under the deck, became spatially disoriented and flew into an antenna park near the Arkansas river. The plane was sliced in half by a guy wire and crashed. The pilot was not instrument rated but filed an instrument flight plan, departed KRVS with a clearance, then deviated from the flight plan and attempted a scud run. His desire to fly his family down to Dallas to see a college football game in bad weather without proper training for it killed himself, his wife, his two teenage daughters and a family friend.

It takes a lot of practice to successfully fly in IMC. The FAA required instrument ratings for pilots to conduct instrument flight due to the high number of accidents associated with inadvertently entering IMC or worsening weather conditions without competence in instrument flight. Over 80% of these kinds of accidents result in fatalities.

UPDATE - in regards to advanced, modern avionics in the cockpit, back 18 years or so ago when I was a young engineering student and the industry was beginning a transition from traditional structural analysis calculations done by hand to using computer aided finite element analysis programs, a college professor of mine once made a comment that always struck my as very applicable to advanced integrated flight decks. He said that these new FEA programs had the capability to make a good engineer better and a poor engineer dangerous. I’ve always viewed modern glass cockpits in the same fashion and accident statistics on this seem to bear it out as well. Glass cockpits and modern avionics can improve your ability to fly an aircraft, reduce pilot workload and fatigue during critical times but they can get you into a lot of trouble as well. There have been many cases where pilots have run out of fuel and crashed or had a fatal CFIT simple because they did whatever the screen told them without being able to critically think about what information they were receiving and cross checking it to see if it made sense for a given situation. Autopilots and autothrottles, too, are useful for relieving the routine grunt work of flying, but can result in emaciated stick and rudder skills, which will be needed in critical moments should an AFCS fail.

An instrument rating is nothing more than a journeyman's license to practice instrument flight. One should always be aware of this and approach the process of planning an instrument flight accordingly. All it takes is one harrowing incident to really scare you up and make you aware of you own human limits and mortality. Set personal minimums for flight conditions and approaches well above published minimums and periodically evaluate these as you continue to build experience. Never fly an approach into an unfamiliar airport or one surrounded by mountains or other hazardous terrain until you have done so in visual conditions and practiced the approach on a day VFR flight. Be wary of the differences between flying IMC in day or in nighttime. Be cautious of instrument flight in busy airspace eg the SoCal Class B areas, etc. These are just a few of the additional challenges and hazards you need to consider before you venture into darkened skies...

Because it is very difficult to navigate with instruments alone.

I just wished to illustrate to you by giving you an example. (These are flight simulation images, but should illustrate the idea well.) 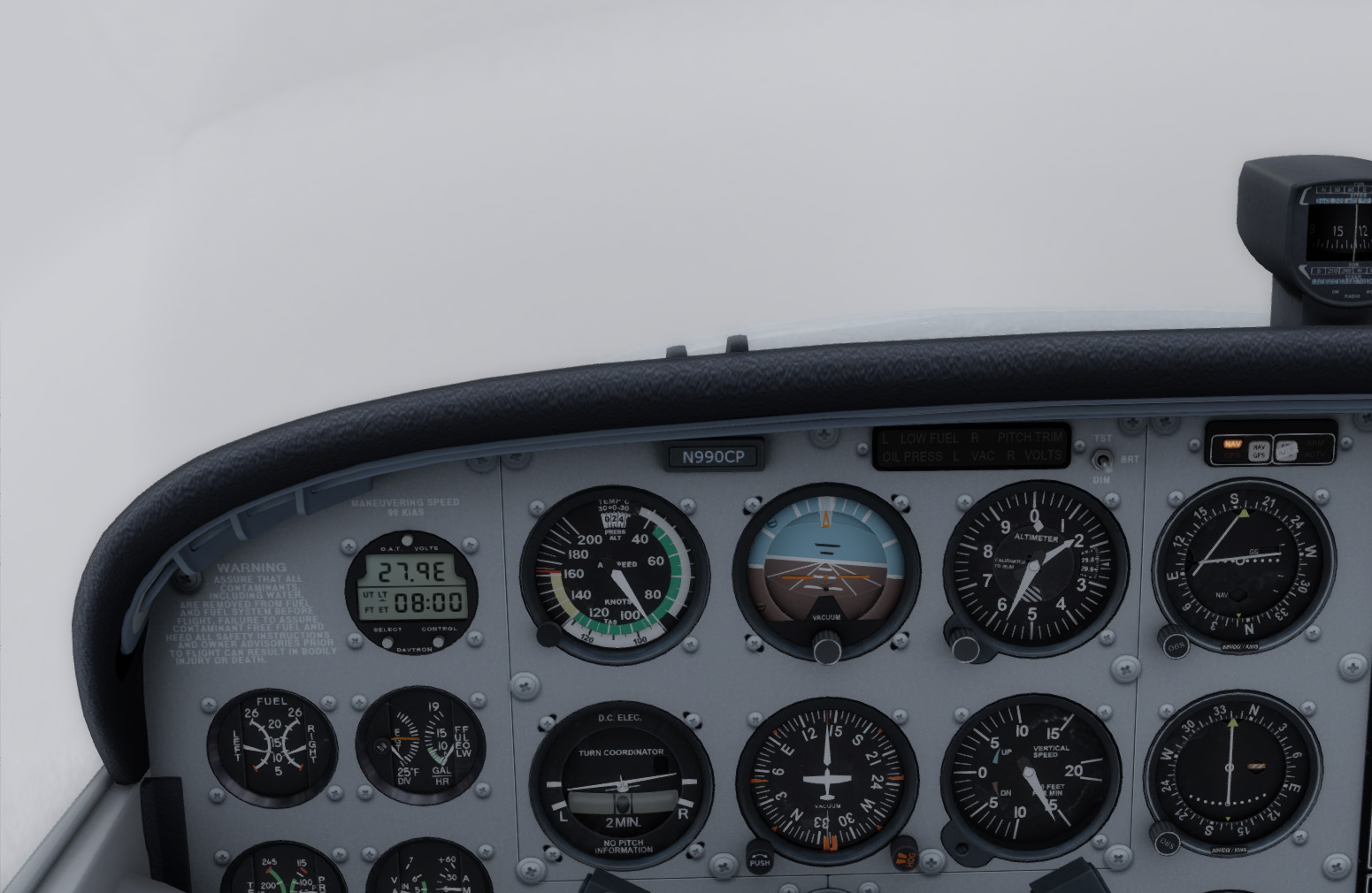 Ops, it appears that you just lost your vacuum pump and your attitude indicator is out. Instead, you'll have to land like this: 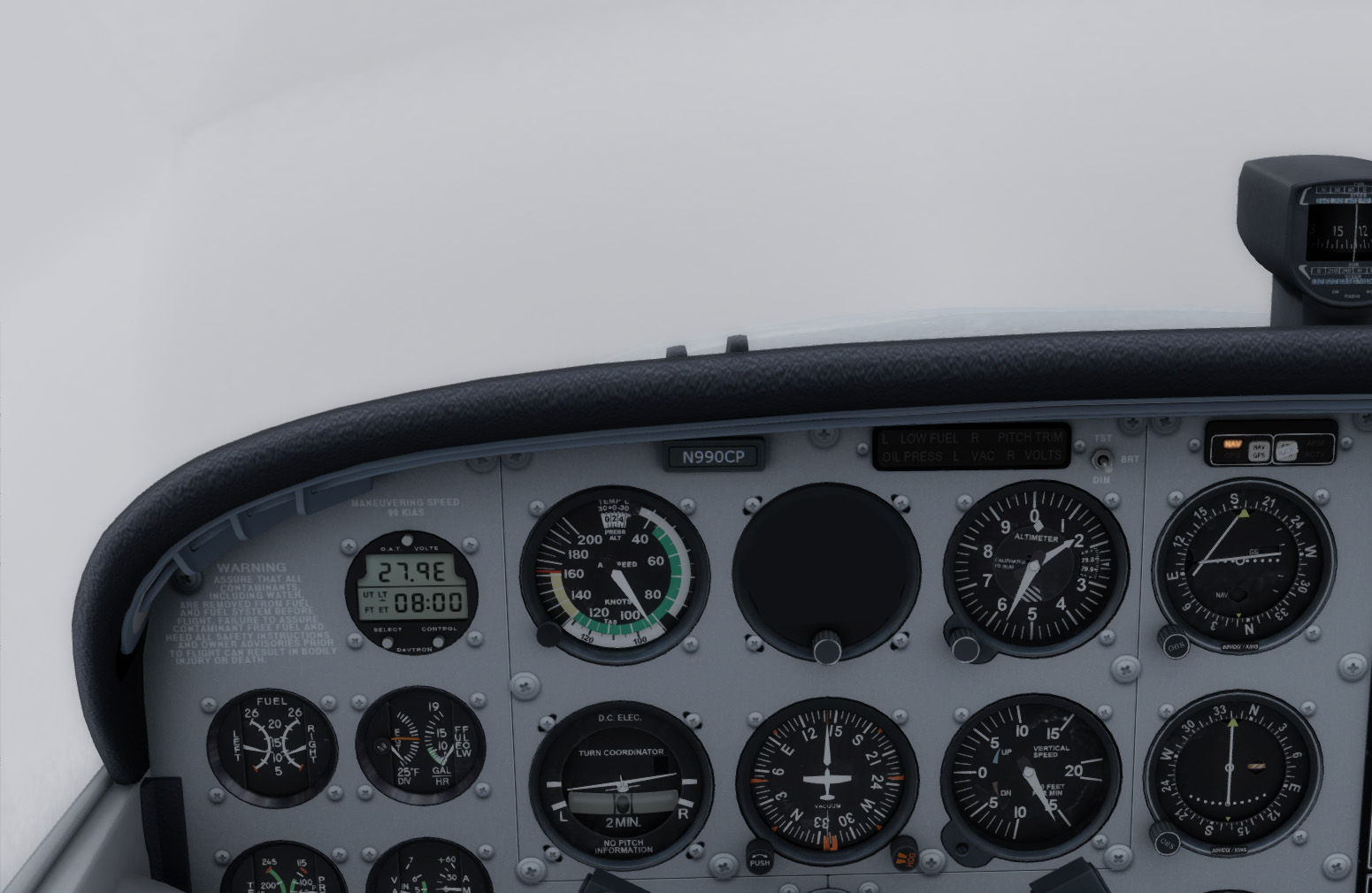 Which side is up? Are you nose high? nose low? banking left? wings level? How do you initiate a turn to intercept the localizer?

It is very difficult to navigate in 3D space with instrument readings only, because it is counterintuitive. When you have visual reference, you can capture all information with one look:

Spatial disorientation has claimed the lives of many pilots. This ATC recording reveals how a PPL pilot narrowly escaped from this deadly situation.

Regarding your question: instrument flying is not only a knowledge. It is a skill. It is the skill to control the airplane precisely. It is the skill to interpret what is displayed on the instruments. VFR pilots know what readings an instrument gives, but they lack the ability to use those readings to construct a visual picture in their minds. The knowledge of various IFR procedures are handy when you get to busier airports and airspaces, but those are secondary; being able to fly safely without visual reference is the main objective.

Once in the air, the pilot's most basic task in manipulating the controls is to keep the airplane right side up. As it turns out, this is much easier to do when we have reference to an outside real horizon miles across rather than an inside artificial horizon a few inches across. We can do it, and we can even internalize doing it just as we have internalized using the outside real horizon, but there's a significant learning curve (steep at first). An IFR rating at its most basic is the evidence that a pilot has gone through that learning curve and can safely keep the airplane right side up when the outside real horizon disappears.

Beyond keeping the aircraft right side up, there's the problem of fitting into a system where your route, altitude, and speed is at the discretion of a controller, which means you're going to have to copy his instructions (often delivered very fast and possibly long and very detailed), read them back to ensure you received them correctly, and then correctly comply with them. Basic VFR flying doesn't require this. Thus you have complex task that you have to learn to do and become proficient at it, and all the while performing the basic task of keeping the airplane right side up.

Then there are the weather problems, In flight airframe icing, for example, is mostly limited to flying in clouds. The VFR pilot typically doesn't deal with that. The IFR pilot needs to know how to handle airframe icing.

These days we have aircraft, even light aircraft, in which we can engage the autopilot moments after takeoff and not disengage it until shortly before touchdown. I suppose one could make an argument that the basic ability of keeping the airplane right side up manually isn't as critical as it used to be, but we're not yet to self-flying airplanes, so until that time it will continue to be necessary for pilots to have IFR flying skills and a rating that demonstrates they have those skills.

There are a large number of reasons, but let me touch on a few for you

A non-instrument rated pilot already knows how to navigate, how to use the instruments, radio, and autopilot.

This statement actually concerns me, especially the part that was bolded. It scares me because it's a completely false sense of knowledge and confidence that way too often gets pilots hurt. It may seem like a pilot knows how the instruments work, but as a CFII, I can't even count the times my students have quickly had to reevaluate that belief in their skills. Intellectually, you probably do know the basics of how you can use your equipment to navigate, but knowledge and experience are two different things. The underlying concept of Instrument flying is not much different than initial flight training. In about 10-15 hours, I can teach anyone how to "fly" an airplane, including takeoffs and landings. But it's the thousands of hours after that initial solo that the student really learns how to be a skilled pilot. Learning the finer points of Instrument flying (especially how to tell when your instruments are lying to you) is about the same.

When I first took my Instrument Rating, I slept for about 18 hours after I passed my ride. Instrument training started off seeming like it would be easy. But, to this day, it's still probably one of the most complex and difficult things I have ever accomplished. I didn't know what I didn't know. And that rating showed me that there was a lot of it.

A very short, and simple answer: Controlled flight into terrain.

It is responsible for many fatal accidents.

Not the answer you're looking for? Browse other questions tagged instrument-flight-rules visual-flight-rules ppl or ask your own question.

33
What happens when a pilot has no Instrument Rating and visibility drops?
3
How can a non-IFR rated pilot fly SVFR?
1
What happens when VFR conditions change over a longer flight?
2
Why don't all pilots receive at least basic instrument training?
2
What are the main obstacles to becoming IFR-rated in USA?

7
For a Part 61 IFR rating, how much can be done alone on a simulator?
11
Can I fly IFR in VMC if my instrument rating is not current?
18
Why must IFR be cancelled?
3
How do I calculate fuel reserves for IFR and VFR flight plan?
5
Where can I find the exact definition of VFR and IFR?
2
Does an IFR flight at night in VMC count as “night VFR conditions” (FAR 61.129)?
6
What can I do if I cancel IFR when I shouldn't have?
3
How does ceiling relate to IFR and VFR?