Why publish an unusable airway?

If an airway is marked unusable, why publish it?

Short answer: only part of the airway is unusable, and even then it's usable with GPS.

Your image shows V522 between FAILS intersection and the ERI VOR but you have to look at the full airway, which runs from the DJB VOR in the south-west to MYPAL intersection in the north-east: 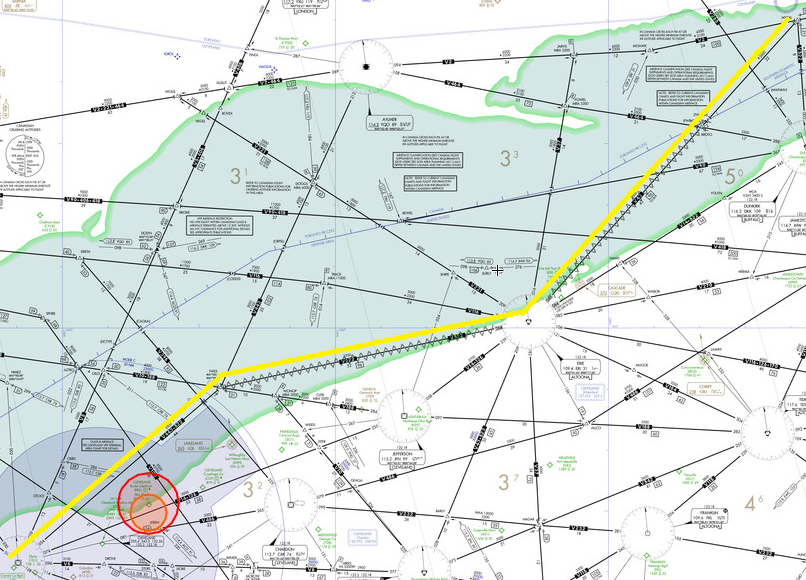 As you can see, only some parts of it are marked unusable, even if they're very large parts in this case. But you can still use the rest of V522 apart from those sections; the NOTAMs say the ERI VOR's signal is unusable beyond 20nm until December:

A 7-month 'outage' covers several of the FAA's 28 or 56 days chart cycles, so I guess they decided it was worth charting in addition to the NOTAMs. Removing the sections completely from the chart would mean decommissioning or redesigning the full V522 airway, which is presumably a much bigger task than just marking it unusable.

Finally, the ATC orders give some instructions on this and if part of an airway is unusable because of a NAVAID issue they still expect RNAV-equipped aircraft to be able to use it:

When any part of an airway or route is unusable because of NAVAID status, clear aircraft that are not RNAV capable via one of the following alternative routes:

So the only aircraft that can't use those parts of V522 are ones that have to use the ERI VOR signal for navigation and even then they can expect ATC to give them an alternative route.

Not the answer you're looking for? Browse other questions tagged aeronautical-charts ifr-navigation airways or ask your own question.

6
What is the gray zigzag line over V154 between Dublin VORTAC and LOTTS intersection?

7
What is the difference between fixes and waypoints on an arrival plate?
7
How can a pilot fly a distance of 594 NM connecting two VOR's?
6
Why are there GPS MOCAs?
6
What is the width of a high altitude airway?
5
Why do RNAV airways exist?
2
Is it legal to use GPS to navigate VOR Airways?
7
Why would there be two RNAV waypoints co-located with a VOR?
4
Why do none of the procedures for EFSA use the SVL VOR-DME?
6
What are those flight level values on an airway?