When flying light aircraft, we use headsets which include ear protection from the noise of the fan. Being that unpowered gliders are presumably much quieter, are the same headsets used?

My assumption is that gliders are radio equipped, and pilots are still talking to ATC or their airfield traffic information. If this is not the case, are headsets still used for intra-cockpit communications or are they really quiet enough to talk normally?

No, but a hat to protect the head from the sun. You may call this the glider pilot's headset ;-) 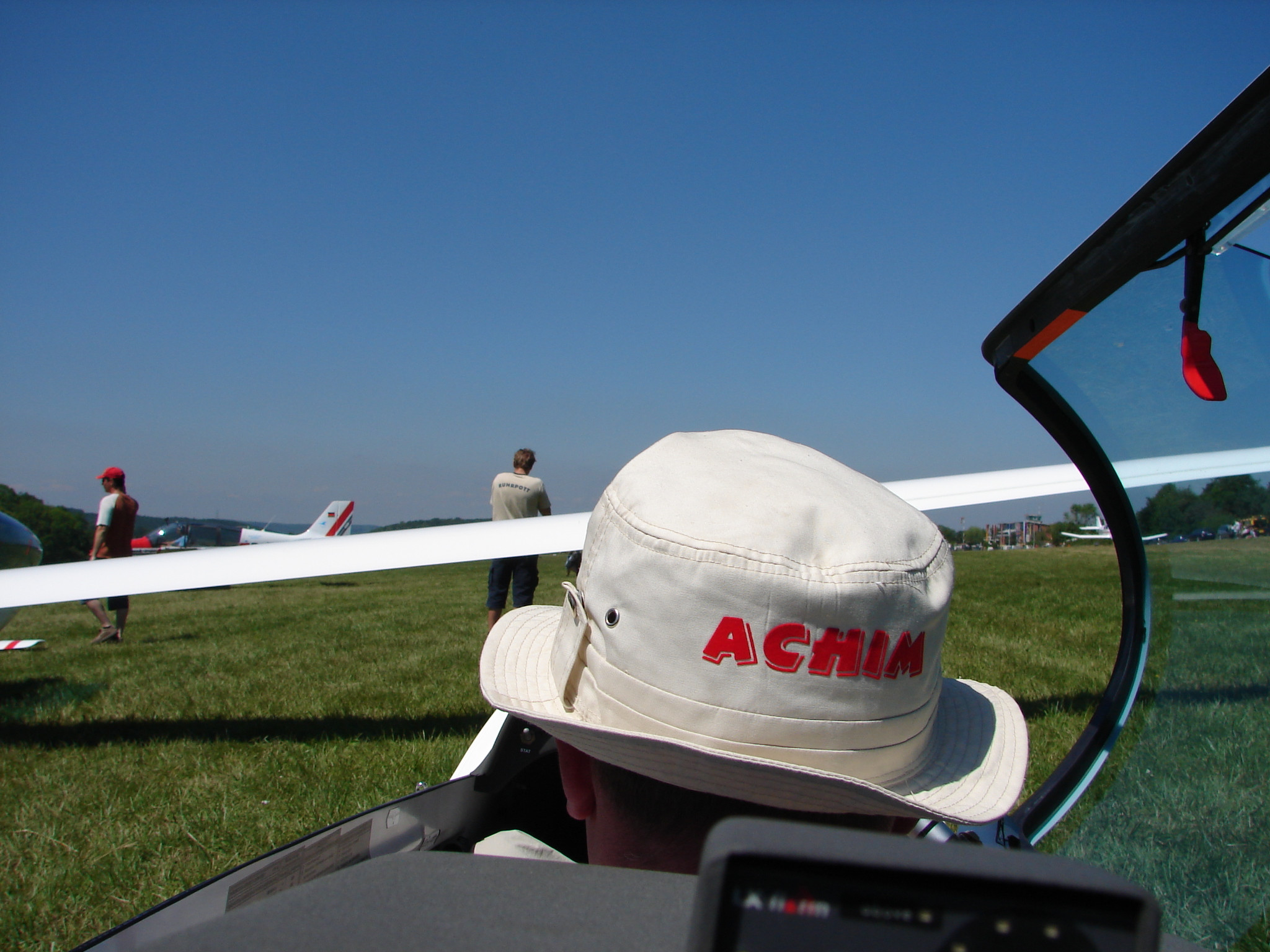 The flight noise is just a faint hissing sound, and the most noise is either produced by the electrical variometer or the radio. On a busy day and with everyone on the same frequency, I often switched the radio silent when high up. When you receive transmissions from tens of kilometers away, you often receive parallel transmissions, which result in a very loud and annoying crackling in the radio.

In the UK, I've never known a headset used except in motorgliders. Apart from being unecessary, you want to hear the vario and more importantly the airflow (it will generally go quiet close to the stall).

I've flown gliders that don't even have radios on board, where a hand held is used, where there is a fitted radio with handheld mic, and fitted radio with bendy mic thing and a button on the stick. The last is the most useful - I've been asked to call final at a towered airfield before and heldhelds aren't good for that (with one hand on the stick and the other on the airbrake) - without a third hand you have to call early on base.

I'd concur with Peter that the narrow-brimmed hat is standard equipment. In some ways its probably a more important piece of safety gear than the parachute! :)

Not the answer you're looking for? Browse other questions tagged radio-communications glider or ask your own question.

13
Do bluetooth aviation headsets and/or music negatively affect safety?
7
Is it legal to fly without a radio in Germany?
8
Are passive or active headsets preferable in an open cockpit?
7
What connector standard is used for aviation headsets?
8
Do glider pilots have to wear parachute in countries where mandatory even if flying with a foreign glider?
13
How should a glider pilot signal turns to the towplane?
11
Can normal PC headsets replace 'aviation' headsets?
7
Do small aircraft have sockets for passenger headsets?
2
Does the FAA or FCC recommend 123.5 as the preferred frequency for air-to-air and air-to-ground use by glider pilots or balloon pilots?