How were bullets fired through the propeller in the Focke Wulf 190?

In WWII there was a plane called the Focke-Wulf Fw 190. It was designed by an engineer called Kurt Tank.

How is it possible that the Fw 190 fires through the propeller from 4 different places as you can see in the picture below? There are two machine guns right in front of the pilot, and one at either side on the wing, close to the body of the plane. 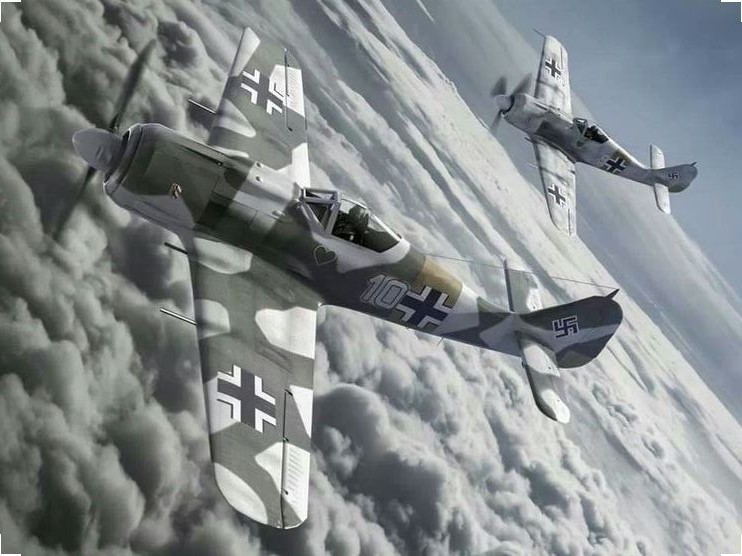 Note: See Peter Kämpf's answer for specifically how the Fw 190 Achieved this Electronically

This answer is specific to how this was achieved via mechanical means in earlier aircraft and not specific to the Fw 190.

It's called a "Synchronization Gear" and it allows the gun to fire only when the blade is not in front of the barrel. 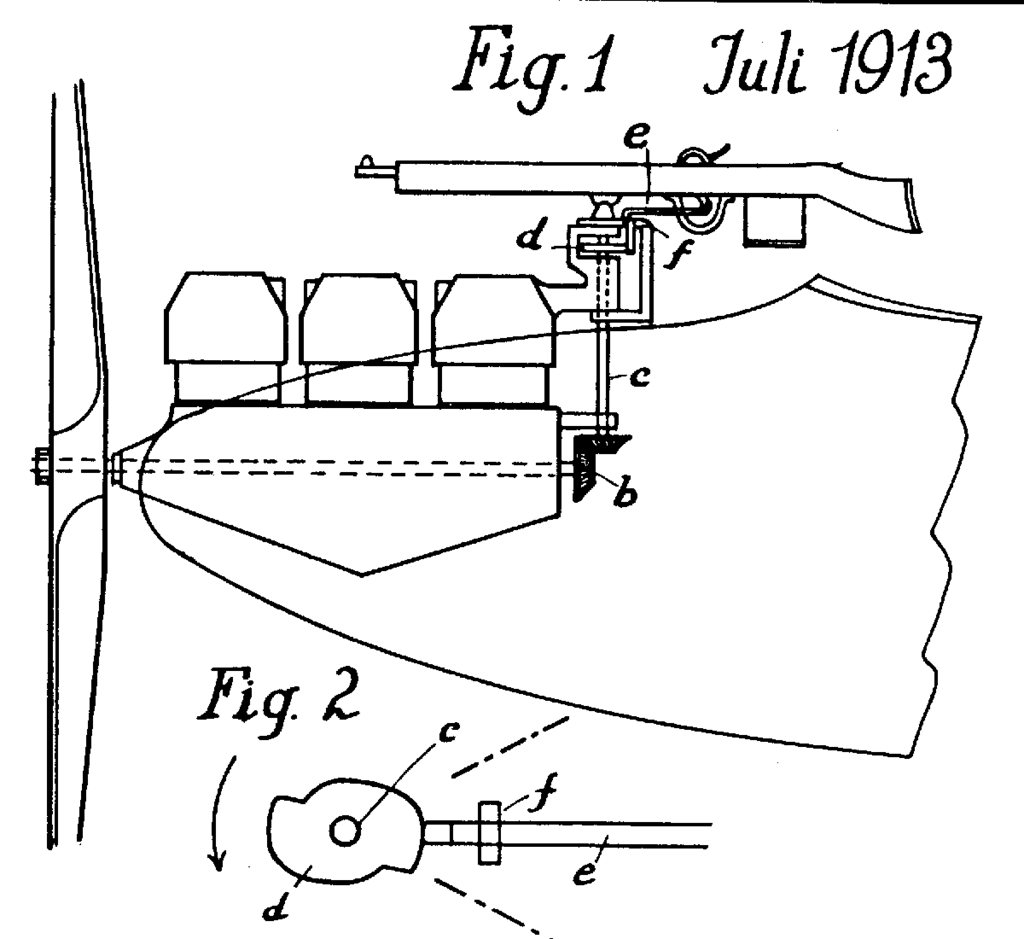 [From Wikipedia] Interestingly, the linkage between the propeller and the gun is achieved with a spinning drive shaft rather than a reciprocating rod. The impulses needed to operate the trigger, or in this case to prevent the trigger from operating, were produced by a cam wheel with two lobes at 180° apart situated at the gun itself, since the gun is interrupted by both blades of the propeller.

These have been around since before 1920, long before the aircraft you mention in your original post.

The one on the Fokker (not Focke-Wulff, but still German) differs a little bit from the patent image above: 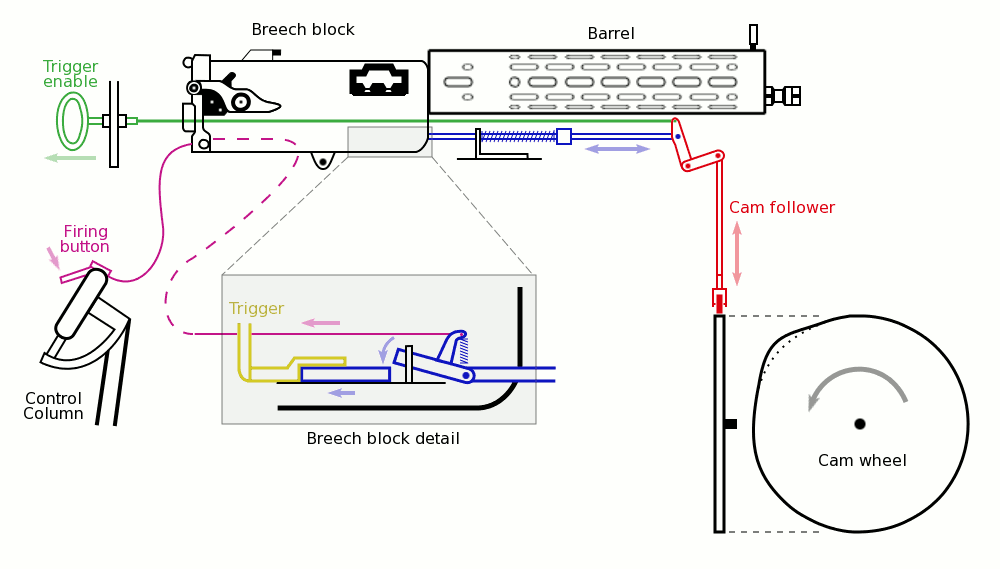 But not significantly, the basic idea is that the trigger mechanism follows a cam lobe which is tied to the propeller shaft. When the cam lobe spins, the trigger is allowed to fire the gun only when the propeller isn't "in the way".

See Wikipedia Article on the Synchronization Gear for more information.

The Internet is incredible. I found a PDF of the manual for the armament of the Fw-190 online here. In it, the components are described sufficiently to be sure that synchronization in the FW-190 was achieved electrically. 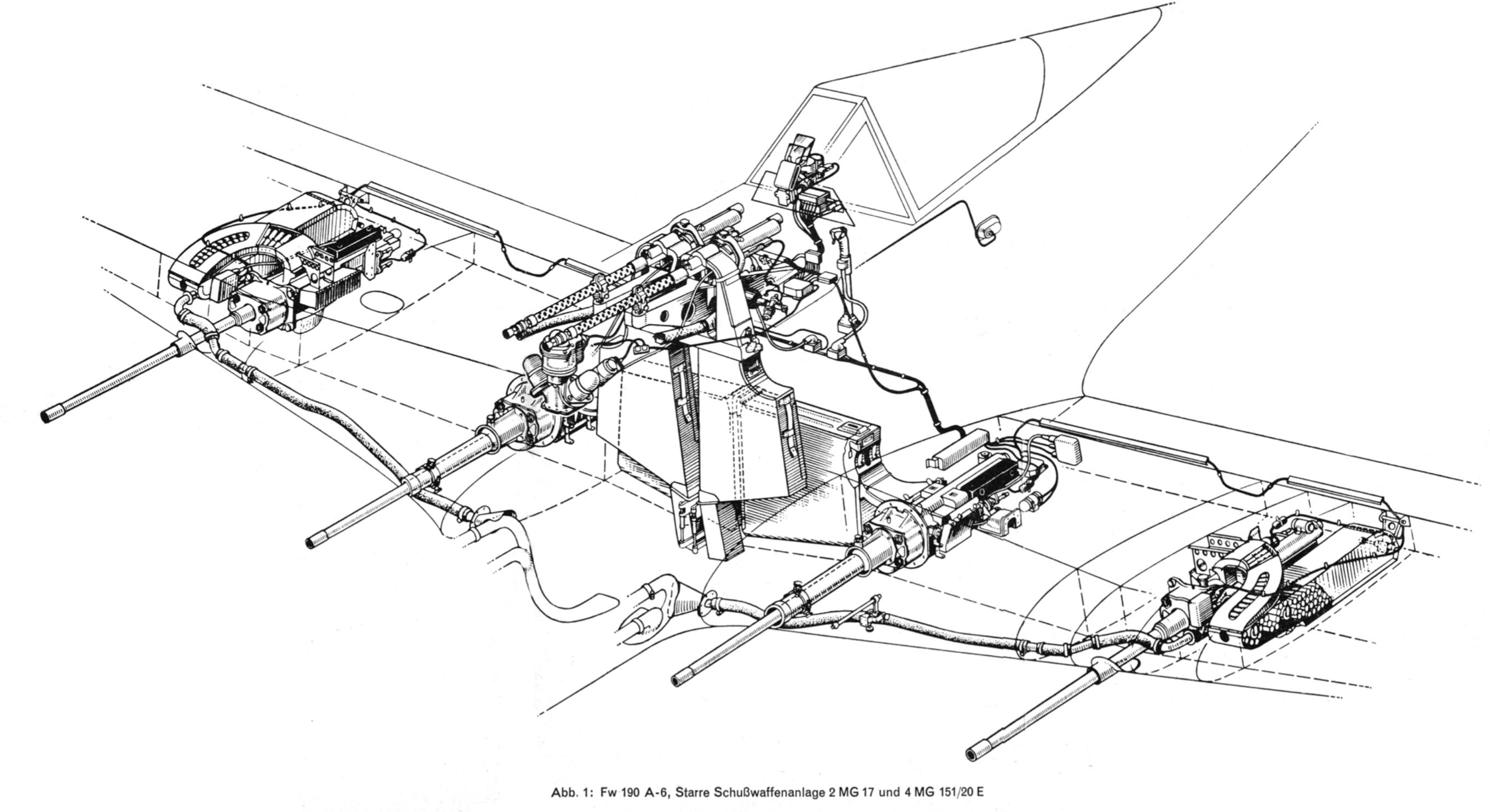 General arrangement of the armament in the Fw-190 (picture source). The pipes running to the wing cannons feed hot air from the engine to the ammunition box to keep the temperature there above -35°. 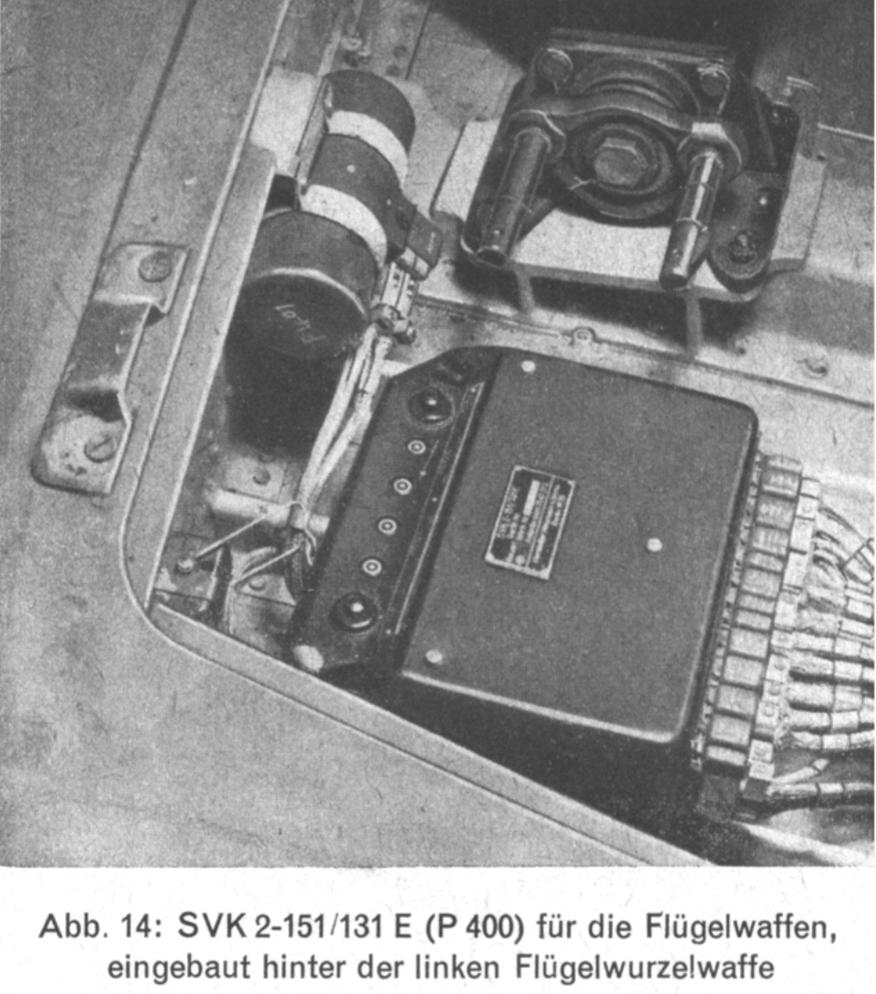 Detail view of the Sicherungs- und Verteilerkasten SVK-2 (circuit breaker and distribution box) for the MG 151/20 in the wing root (picture source). Clearly, the weapon was electrically controlled.

Since WWI, there was a device called a Synchronisation Gear which staggered the firing of the gun so that it would not hit the propeller of the plane.

I can't seem to locate the reference but the synchronizing gear was not at first used with the forward firing gun. The inventor of the forward firing gun had steel plates mounted to his propellers to deflect the occasional round that might hit the prop. This was satisfactory right up until he got his prop shot off. That's when the synchronizing systems were sought out.

Not the answer you're looking for? Browse other questions tagged aircraft-design military aviation-history or ask your own question.

12
Can we eliminate the center tank of large passenger planes?
11
Is the MTOW determined by the wheel maximum supported weight?
9
How effective was WWII bombers self defense anti-air armament?
29
Can the dome gunner on a B-17 Flying Fortress shoot the plane's tail off?
2
What is the best design to stack wings of a triplane?
2
Did the Wright brothers discover the three-axis control system for airplanes/gliders and the adverse yaw?
1
Is there any clear picture or drawing, of a Wright brothers' plane, published before August 12, 1908?
6
Could Sudden Decompression Cause You to be Shot Out of the Tunnel on a B-29?