What's usually going on in a "hot" military operations area (in the US)?

Like many people in aviation, I've been around pilots who've flown in or through the edge of a Military Operations Area (MOA) while operating under visual flight rules. Usually they ask ATC if the MOA is hot, and sometimes the answer actually is "yes". In that case, the pilots stay clear for safety. My question is, what's usually going on in the MOA at the time and how bad would it be to enter it in VFR?

There are few reputable sources on what typical operations are in military operating areas. This Global Air blog is the best explanation I could find, although this post isn't a bad source. Those sources seem to err on the side of exaggerated caution though, describing "lights off" operations, practice dogfights, and 500 KIAS speeds. Are those kinds of operations daily, or evenly weekly, occurences in military operating areas? Where on the spectrum from the mundane "practicing approaches" to dangerous "simulated high speed dogfight operating heads-down" do most military flights lie? Are operations consistent or do they vary from place to place and month to month?

Background information for those outside the US: MOA's are defined in the Aeronautical Information Manual (AIM), paragraph 3-4-5, as well defined airspaces near military bases "for the purpose of separating certain military training activities from IFR traffic." They are different from restricted zones with particular defensive significance or bomb and missile activity. 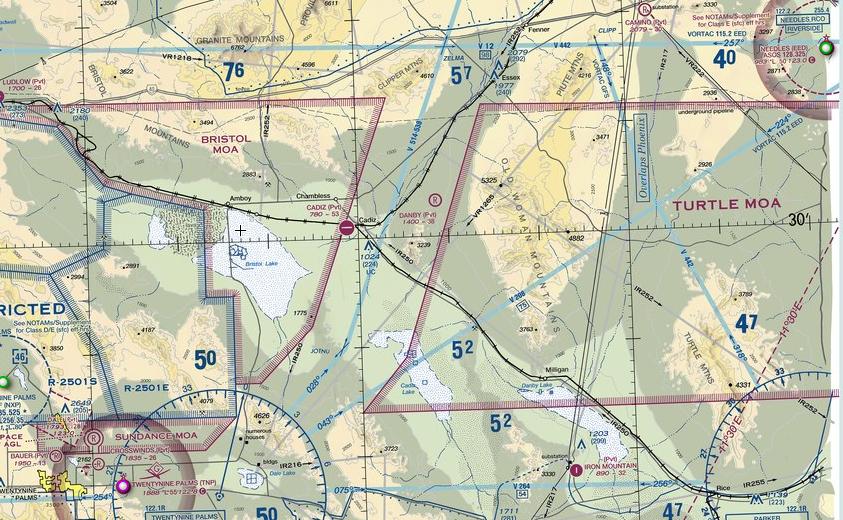 I can certainly understand why there's confusion surrounding MOA's, having been a Private Pilot long before I flew for the military, and I'm glad you asked the question.

The second post you referenced is exactly right. It is extremely common (at least in our training areas) to have dogfighting and other tactical training with airspeeds above 500 KCAS, and altitude changes of thousands of feet in seconds. No one uses a MOA for instrument approaches. This type of flying occurs multiple times per day, and it's extremely frustrating when civilian aircraft fly through the airspace without talking to ATC. We generally don't have a lot of time to work in the area, so we have to maximize the training we get. Stopping a fight/intercept/practice bomb run because a Cessna wanted to transit the airspace generally results in a reset of the entire scenario and wastes countless dollars and training opportunities.

If there's an emergency we will, of course, understand and please do whatever keeps you safe. Short of that, please, please get flight following, and do not fly through a MOA.

I was on a low level going south down the Florida panhandle. At some point the flight would turn back north, and eventually fly over Lake Okeechobee. That was my favorite part of the flight, fast and low over the lake. Our low-levels were usually done at 500 feet and 360 knots. That speed did make navigation easy since it was at 6 miles per minute.

During the flight south there was some motion in my peripheral vision, and out of nowhere a light single engine passed by my nose at co-altitude. Wow! That was a close call.

We were involved in a great exercise within the Tyndall MOA. The USS Nimitz was on the east coast of Florida and we were to practice inter-agency operations around Tyndall AFB. Our mission was to hold at a point near the coast and wait there for instructions from our Forward Air Controller (FAC).

The FAC, who was in a light aircraft in the target area, called us in to the target after a short wait. These were targets of opportunity. We were low at 500 feet and very fast. The target was in front of us when the FAC called, "Hit my smoke." He had launched rockets with Willie Pete (white phosphorous). We popped up in a loose combat formation, and I was on the wing. We delivered our weapons and were egressing to the coast.

I had never seen this before. As we pulled out I saw a long line of tanks along a straight dirt road that seemed to go on forever. There were troops on the road. It was a massive movement of equipment and personnel along the side of the road. I couldn't resist the temptation to take a look.

I peeled off my leads wing keeping him in sight as I lost altitude. I was approaching a long line of tanks and the treeline approached the horizon. When the trees had been replaced by the sky, I leveled off. There was a minimum altitude for tactical jet aircraft of 500 feet, and instantly I saw the side door of a Huey. I didn't see the Huey, but only saw the side door. It came out of the trees. I instinctively pulled back hard on the stick and rolled back towards my lead who was departing the area.

To this day I still remember the crew member standing in the door, able to see the visor in his flight helmet. Not sure what was going through his head when he saw me coming at him. From that point on I was very careful operating within MOA, realizing that there were all sorts of people and equipment there, each with there own space for safety.

"Hot" simply means active (which ATC will know), you can find the start and end times here if you are curious. Its more than likely live firing, low altitude high speed operations, paratroop training, or anything else the military decides they need a block of airspace for.

you can also find a list of all MOA's with time frames in the above linked MOA's. For various reasons the military is unlikely to disclose exactly whats happening. Its generally wise to stay away from these areas.

Not the answer you're looking for? Browse other questions tagged military usa airspace or ask your own question.

6
How are special flight paths coordinated with ATC?

10
Is the phrase "going missed" standard in the US?
3
What types of aircraft perform military airlift operations?
15
How to find out if Restricted Area is "hot" before taking off?
7
Which "warnings" are issued when a military aircraft is going to enter foreign airspace?
4
What is the difference between SUA and SAA?
4
What is the relationship between the code of an Area Control Center (US) and associated Flight Information Region?
0
What's the difference between a Terminal Control Area and a Control Zone?
8
On old sectional charts, what was the purpose of the domestic ADIZ regions and what was the difference between a "Defense Area" and an "Open Area"?
40
What is the meaning of these stencils, usually found on military planes?