When must delegated airspace be listed in the AIP?

Two states can agree, through a bilateral letter of agreement, to delegate the responsibility for providing air traffic services (ATS) within a certain airspace from one state to the other. There can be numerous reasons for this. For example, a part of Scottish airspace is delegated to the Danish air navigation service provider (ANSP), because Denmark has better radar coverage within the specific area. In this area, which is within Scottish airspace, ATS is provided by the Danish ANSP.

My question is regarding the need to publish details about such airspace delegations in the national aeronautical information publications (AIP).

The previously mentioned delegated airspace is described in AIP Denmark section ENR 2.2 (Other regulated airspace). However, a part of German airspace within Hannover upper flight information region (UIR) is also delegated to Denmark, but this airspace is not shown anywhere in the AIP. To me, this seems very inconsistent, which brings me to my question: under which circumstances are states required to publish information about delegation of ATS? I am interested in references to ICAO SARPs or PANS, or, alternatively, EU regulations. 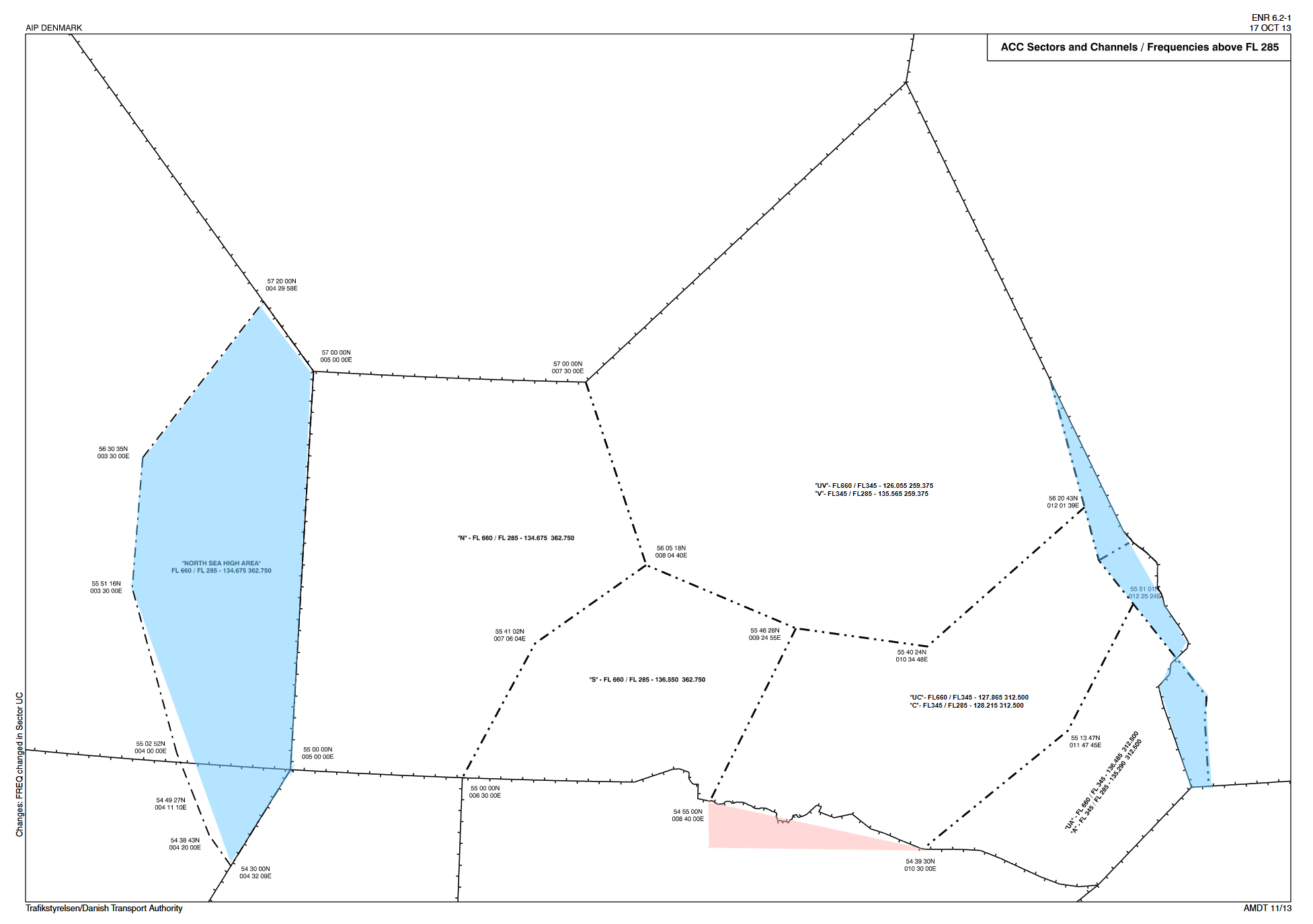 The area is, however, shown on this "Sector Boundary Structure Chart" chart published by Eurocontrol:

I have looked in ICAO Annex 4 and Annex 15 without any luck. Appendix 1 of Annex 15 states that:

ENR 2.1 shall contain, among other things:

I usually see delegated airspaces listed in ENR 2.2, though, so they do not seem to need to be covered in ENR 2.1.

Where established, a detailed description of other types of regulated airspace and airspace classification.

It is not specified exactly what this includes.

ICAO members are committed to fulfill the decisions of their constituent act, the Chicago Convention signed in 1944. Among the annexes to the Convention, annex 15 is related to the provision of aeronautical information services (AIS):

3.1.1.2 Each Contracting State shall take all necessary measures to ensure that the aeronautical information/data it provides relating to its own territory, as well as areas in which the State is responsible for air traffic services outside its territory, is adequate, of required quality and timely. This shall include arrangements for the timely provision of required information/data to the aeronautical information service by each of the State services associated with aircraft operations.

I was not able to find the decision to use AIP ENR 2.2 (other regulated airspace), but it's a matter of fact the information is found here, e.g. in the Norway AIP:

5: Delegation of Responsibility for Provision of ATS

5.1: General Denmark, Norway, Sweden and the United Kingdom have arranged through the exchange of bilateral Letters of Agreement to transfer the responsibility for provision of ATS within parts of their own area of responsibility, to their neighbouring State.

Procedures and communication within the said areas will be as if the airspace was an integral part of the FIR for which the nation mentioned is responsible.

An effect of these articles is both the delegating and the providing states shall publish information about related areas. For example in the Spanish AIP, two cases are described.

By agreement between Sevilla ACC and Lisboa ACC, the air traffic service is provided by Lisboa ACC within the airspace defined by [...]

By agreement between Lisboa ACC and Madrid ACC, the air traffic service is provided by Madrid ACC within the airspace defined by [...]

Not the answer you're looking for? Browse other questions tagged airspace icao-sarps or ask your own question.

9
When airspaces adjoin vertically, which airspace class does the shared flight level or altitude belong to?
6
What separation and information does ATC provide in different airspace classes?
3
Which aerodromes are in the scope of ICAO recommendations?
12
Which parts of class E airspace can an ultralight (part 103) fly in without prior ATC authorization?
12
When is this Class D airspace not Class D airspace?
5
What class is the airspace at KGCN when the tower is closed?
4
When can airliners fly from Israel over Tunisia's and Algeria's airspace?
7
What is the status of a bravo airspace when the associated TRACON is evacuated?
1
When a Tower and the Approach Control closes who takes over the airspace?